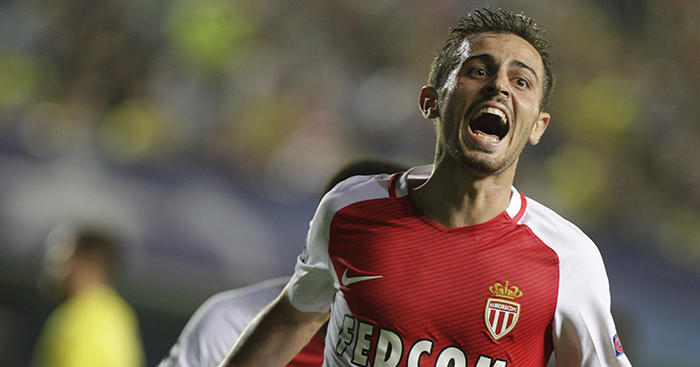 Manchester City have won the race to sign on of the most sought-after players in Europe by signing Bernarndo Silva in a £43million deal from AS Monaco.

Silva starred in Monaco’s shock title triumph in Ligue 1, plus their run to the Champions League semi-finals .

But the only thing everyone really wants to know is whether he’s any good on Football Manager – the No.1 source for building an opinion of players you might not know much about.

According to FM17, Silva is most comfortable playing as a central attacking midfielder but can operate anywhere across the middle or up front.

His technique and dribbling are apparently his two strongest attributes – the 22-year-old is rated 18/20 for both – while he also scores highly for his first touch, flair and work rate.

At the other end of the scale, FM17 suggests Silva needs to work on his strength, aerial ability, tackling and positioning, particularly if he were to move to the Premier League where physicality is key. 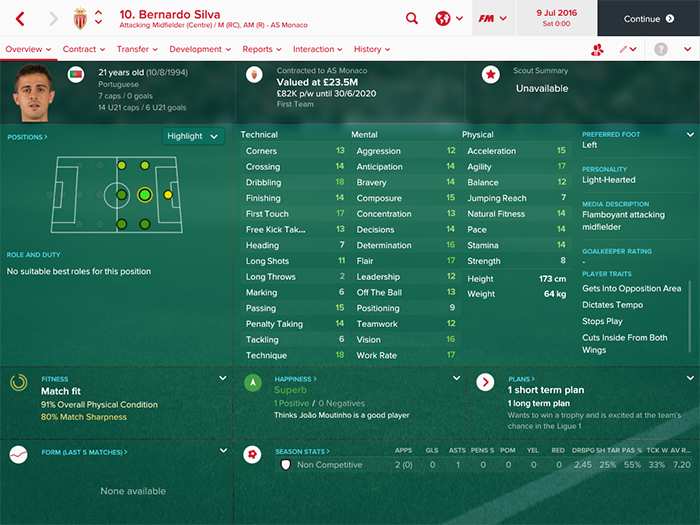 Silva scored eight goals and set up a further nine more in Ligue 1 for Monaco this season, while he has scored twice in the Champions League.

He has one goal from his 12 senior caps for Portugal having scored six in 14 appearances for their Under-21 side, with whom he was a runner-up at the 2015 European Championship.

Silva previously played for Benfica, where he won the Portuguese treble in 2013-14.

Former Barcelona and Portugal midfielder Deco believes his fellow countryman could go on to become “one of the greatest players in the world”.

“He has a lot of quality,” Deco said. “He is a good player. He takes risks. That’s why I like him. He can be the No 10 of the national team for years.”