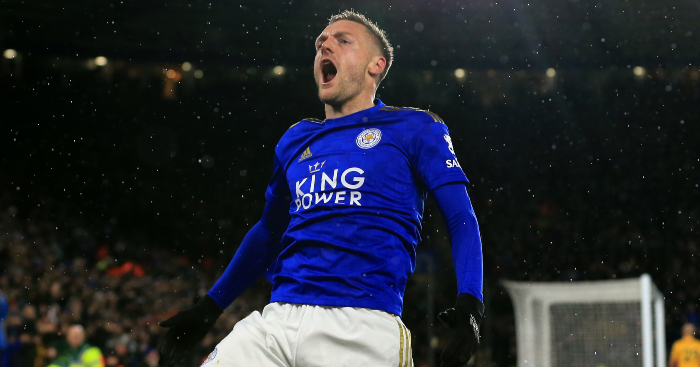 Sure, Lionel Messi and Cristiano Ronaldo are good at football – but they’re not as good as Jamie Vardy, are they?

We’ve consulted some very advanced science that shows Vardy is the most lethal goalscorer in Europe.

(By that, we mean we’ve calculated the conversion rate of the top 10 goalscorers in Europe’s big five leagues.)

Don’t say we didn’t warn you. Ronaldo has attempted 130 shots in Serie A this season – the highest tally on this list – and scored 21 goals in the process.

Almost half of Messi’s 105 shots in La Liga have come from outside the penalty area, with his goal tally standing at 19.

🗣 "I want to be a guy that has double figures in goals and assists. Twenty five goals and 10 assists would be nice. Scoring goals is my thing, my drug, it’s what I live for, but the older you get you have to use your intelligence. I’m a student of the game." pic.twitter.com/MM3nEmR1vl

The second highest representative from the Premier League and the first player on this list to convert at a rate better than once every four shots, with 17 goals from 65 attempts.

Europe’s top goalscorer holds his own in this regard, scoring 27 goals from 101 shots for Lazio in Serie A.

Immobile has no chill even to his kid 🤣

Ben Yedder has carried his fine goalscoring record for Sevilla with him to Monaco, scoring 18 goals from 64 shots in Ligue 1.

Nineteen goals from 59 shots. How the f*ck is he still this good?