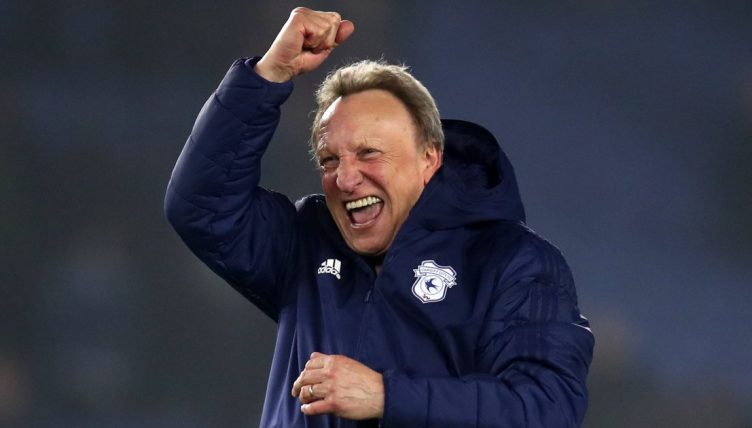 Former Sheffield United, Crystal Palace and QPR manager Neil Warnock is famed for his foul-mouthed rants and disagreements with referees.

Warnock had a history of problem-causing, falling out with supporters, fellow managers and players across his almost 40-year managerial career – which he has announced has finally come to an end.

We’ve taken a look back through the archive to dig out his best bits, with fracas, half-time rants and even conning his players on a team trip out.

The tale of Warnock conning his Sheffield United players at bowling is brilliant.

Apparently, he was a bowling coach in his teens, and his break in football came through that, as he coached a Sheffield United player’s wife, leading him to a trial with Chesterfield.

Paul Peschisolido tells story of Warnock taking Sheffield United players bowling:
"He convinced us all to put £10 in the pot, winner take all. We agreed for some fun, then he pulled out his own bowling shoes and custom ball, shot 250 and took all our money.” (The Sun) pic.twitter.com/Mf81fa8XDm

He’s famed for his rants about referees, but this quote about David Elleray is particularly wonderful.

“David Elleray was that far away he would have needed binoculars,” Warnock said after Sheffield United’s defeat to Southampton in 2001.

“I really think it’s about time we use the means to sort these things out rather than relying on some bald-headed bloke standing 50 yards away.”

We’d love to re-watch the whole of this documentary following Neil Warnock at Sheffield United, but this particular clip from a game against Millwall is outstanding.

The battle of Bramall Lane

A match between Sheffield United and West Brom was abandoned after United received three red cards and two players went off injured, leaving the referee with no option as just six United men were on the field.

“The way it has all come out so far, you would think I was guilty of committing more crimes than Osama Bin Laden,” Warnock said in the aftermath.

Good luck to the Cardiff players at half-time, who will now have to receive a rollocking from Neil Warnock.

“For many years I have thought he was the gutter type,” Warnock said of the former Blackburn forward.

“I was going to call him a sewer rat, but that might be insulting to sewer rats. He’s the lowest of the low.”

Incredibly, he went on to sign Diouf while in charge at Leeds.

🗣"He's a disgrace, I'd call him a sewer rat but that's insulting sewer rats"

Neil Warnock had some strong words to say about El Hadji Diouf only a year before he managed him at Leeds United pic.twitter.com/tUlNhFjax5

Talking about his old adversaries Bristol City, Warnock revealed he wants something quite different to a minute’s silence when he passes away.

“I joke with their fans that, when I do pass away, I hope they all have a minute’s applause for me at Ashton Gate and remember the good times I’ve given them,” he said.

“I don’t want silence. I want them all to be chanting ‘Warnock’s a w*nker’ over and over again. For a whole minute. That would be my ideal.”

We miss this level of Yorkshire Warnock. “You’re in f*cking Latvia!” is a particular highlight.

In a fiery League Cup semi-final against Liverpool, Warnock made many enemies, with Stephane Henchoz caught up in an alleged spitting incident.

He revealed in his autobiography that he shouted at Liverpool assistant Phil Thompson, saying: “You can f*ck off Pinocchio, get back in your f*cking cupboard.”

More from the documentary, this confirms you don’t want to be a linesman in front of Warnock.

To say the pair didn’t get on would be a complete understatement. Ternent claimed that Warnock sent assistant Kevin Blackwell to listen to his half-time team talk, and it spiralled from there.

As well as revealing that he “wouldn’t p*ss on him if he were on fire”, Warnock recalled this brilliant tale in his autobiography.

“I had always known Stan Ternent was a d*ckhead, but when Sheffield United played Burnley in 2001 he behaved like a deranged lunatic.

“I’d told my assistant Kevin Blackwell to keep an eye on Ternent. I knew he’d be trying to put pressure on the ref. So when Ternent came round the corner, frothing at the mouth, Blackie told him to leave it out.

“That was all the encouragement Ternent needed. He launched himself at Blackie and butted him. Blackwell swung a right hook and smacked him on the nose.

“He sploshed him good and proper. In Ternent’s autobiography he tells how he gave Blackwell a good hiding. But we saw the incident differently. Blackie had a little cut on his lip. Ternent was in bits.”

As if “keep your pecker up” wasn’t a weird enough phrase, saying it live on TV is just spectacular.

When appearing on Countdown, Ron chose to recount a tale which involved him hitting Warnock with his notes when he was remonstrating on the pitch.