The 10 highest-paid players in the Championship in 2022: Mitrovic 5th… 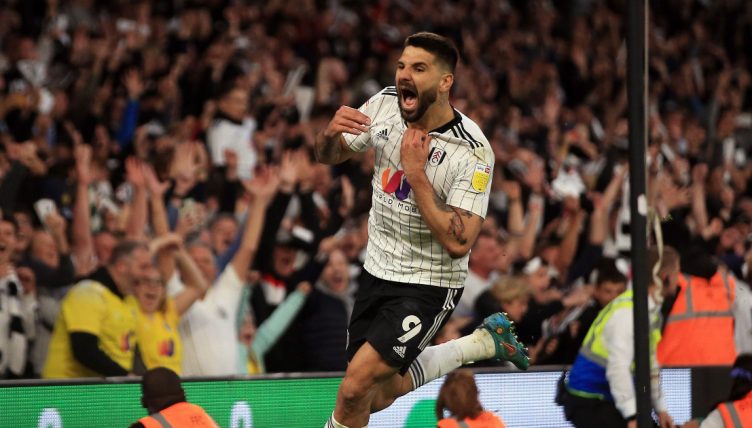 The Championship is a league which is constantly filled with drama and tension, and in recent years has been churning out top talents. We’ve taken a look at the highest-paid players in England’s second division.

With Premier League parachute payments having a large impact, relegated clubs can enjoy financial superiority over a lot of their league rivals, and therefore afford higher wages.

As wages in the division continue to rise, the quality in the league also grows, and the race for promotion becomes more and more fascinating each year.

Here are the top 10 earners in the league, and it’s no surprise to see three former Chelsea players on this list as well as a few players who joined their current Championship side when they were in the Premier League.

Once a prodigy at Chelsea, injuries meant that Chalobah never really fulfilled his potential, but is still performing to a good level in west London with Fulham.

A top talent who was unfortunate with injury, Brooks arrived at Bournemouth when they were still in the Premier League and stayed with the club when they got relegated.

The Welsh international earns £55,000 per week, and will soon be plying his trade in the top flight again following Bournemouth’s promotion.

A midfielder who once single-handedly dominated Barcelona, the Colombia international remains at Bournemouth following his 2018 move from Levante.

A powerhouse in the middle of the park, if Bournemouth are to beat the drop in the Premier League next season, Lerma will have a big part to play.

Once Jordan Henderson’s midfield partner at Liverpool, the Welsh star is a popular figure at Stoke City, who he joined in 2017.

On a weekly wage of £57,550, Allen is Stoke’s highest earner, but with his contract set to expire the future of the 31-year-old remains unclear.

The ‘Welsh Pirlo’ will not be short of suitors should he leave the club this summer.

Not to be confused with the Spurs full-back, the 26-year-old was signed by Liverpool in 2021 during a centre-back injury crisis, but he never played in the Premier League for Klopp’s side.

Now on loan at Sheffield United, his £60,000 weekly wage has him high up in the Championship rankings, but once his loan expires he may have to take a pay cut should he want a permanent move elsewhere in the division.

One of the best Championship goalscorers ever, it’s hard to believe that Mitrovic doesn’t top this list.

The Serbian striker notched up 43 goals and seven assists in 44 league games as Fulham breezed their way to the title, and his £60,000-a-week wage means he’s joint fifth in this ranking.

He’s the Championship Ronaldo, but he’s failed to replicate that form in the Premier League in the past.

Aleksandar Mitrović gets his 43rd goal of the season and BREAKS Guy Whittingham's second tier record with the last kick of the game!! 🤯🔥pic.twitter.com/DvKdTbYZjN

Another Liverpool loanee, the 25-year-old centre-back filled in well whilst Virgil van Dijk was injured but joined Bournemouth on loan in January in search of regular minutes.

His wages of just under £65,000 per week are a result of his Liverpool contract, but Phillps performed well enough that Bournemouth secured promotion.

“Nat deserved it so much. We would have loved to have kept him here, to be honest, with all the things that happened in the last few years here in the centre-half positions,” Jurgen Klopp stated following the loan move.

“Nat was incredibly reliable and a great figure here at the training ground.”

A midfielder once coveted by Barcelona, Seri joined Fulham in a shock transfer in 2018, and at £65,000 per week, his salary is one of the highest in the league.

The Ivory Coast international made 33 appearances this season, notching up six assists, and is finally starting to justify his £30million transfer fee from Nice.

A crucial player under Marco Silva, Seri will be hoping to showcase his talent properly in the Premier League next season.

Once Chelsea’s solution for the future at left-back, Baba Rahman’s career path has not turned out the way he would have liked, and he now finds himself at Reading, who narrowly avoided the drop.

The Ghanian international is currently on loan at the Madejski Stadium, and his Chelsea inflated salary means that he is the second top earner in the Championship, on £85,000 per week.

He performed decently well for the Royals in his 29 appearances, but it is unclear whether they will secure another loan deal for the 27-year-old.

Another Chelsea player on loan at Reading, the former England international’s career took a nosedive after leaving Leicester City, where he was a crucial player in their historic title win.

His Chelsea contract means he is on a whopping £100,000 per week but has finally rediscovered some form at Reading after a few years in the wilderness.

The 32-year-old had failed loans at Burnley, Kasimpasa and Aston Villa before joining Reading, and managed 33 league appearances this season.

“Can I paint a picture? No. It’s been a shambles,” Drinkwater told TalkSport in September.

“I need to [kick-start my career]. I’m more excited about this than I have been for a few years now, especially how my career’s panned out.

“Games, getting the enjoyment of football back, then going from there. A few have slid away, I’ve made mistakes, I’ve not played.

“I’m in the last year of my contract, so there’s more than just football riding on it. I’ve got other things.”