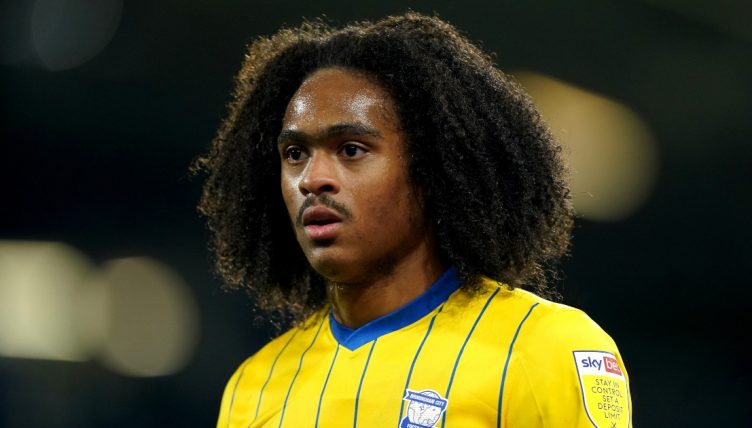 Birmingham City fans have been singing Tahith Chong’s praises after the Manchester United loanee made a goalscoring return following an injury layoff.

After mixed spells at Werder Bremen and Club Brugge in 2020-21, the 22-year-old decided to stay in England and spend this season on loan at Birmingham.

He hit the ground running, winning a Man of the Match award on his debut after helping Birmingham to a 1-0 win away at Sheffield United.

The winger quickly became a fan favourite at St. Andrew’s but was forced to undergo surgery on a serious thigh injury at the start of November.

Having worked his way back to full fitness, Chong came off the bench in a recent defeat to Huddersfield and also played for Birmingham’s Under-23s.

He then started against Bristol City and showed the Birmingham fans what they’ve been missing by scoring the opener inside the opening two minutes.

“For sure. For sure. He has been a big miss for us,” Birmingham manager Lee Bowyer said after the game. “At the start of the season when we had him we created and we looked so dangerous in near enough every game – even when we lost.

“He is very good at twisting and turning, he is a tricky player. When he is fully fit then he is even more exciting to watch. He has been out a long time, I am pleased he is back out there playing and has scored his first goal.”

We’ve rounded up a number of tweets from Birmingham fans that were also impressed by his display.

Tahith Chong is the best winger in the league. That’s the tweet. pic.twitter.com/nFtdlh7TRR

Tahith Chong is the greatest player ever.

CHONG I’VE MISSED YOU SO MUCH🥲 #bcfc https://t.co/eHA3MbBg4O

Tahith Chong is some player! #bcfc

Man Utd loanee Tahith Chong scoring on his first start for Birmingham since a serious injury he picked up in November. Such a shame he's been out for so long because he lights up this league. #bcfc

Chong was a big threat on his return. Allowed Bacuna to play with more freedom in the middle of the park – top class in the second half. Poor defending to concede #KRO #BCFC #BSHLOUT