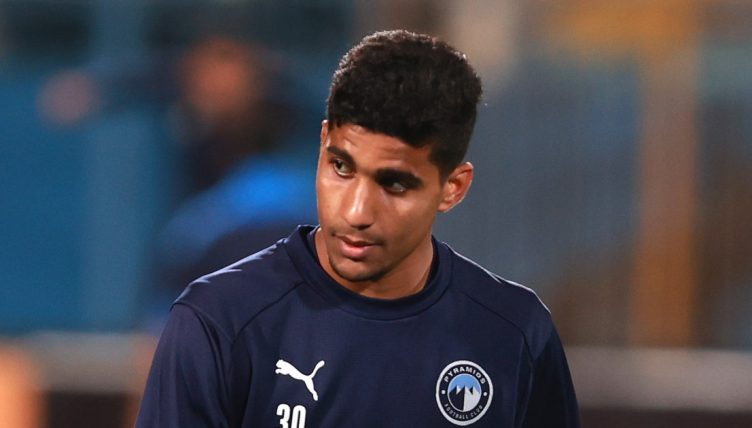 Look, we’ve all done it: transfer deadline day is approaching, you still need to fill a position in your Football Manager starting XI and so you pull the trigger on an expensive deal for someone you’ve heard of in real life, paying them huge wages you know they don’t really deserve.

They’ll probably hang around in your team for a few years before you manage to replace them, selling them on to someone whilst still contributing a percentage of their salary.

It’s a Football Manager mistake as old as time. But there is another way.

Finding value in the market is an incredibly important strategy for success in FM22, and by looking outside Europe you can find some exciting wonderkids for little money when compared to what you would have to pay a European club.

In real life, plenty of football clubs have begun finding success with this method.

For example, Julian Alvarez has become the latest South American to be picked up by a European club with Manchester City having pulled the trigger on a deal in January.

With that in mind, here are seven wonderkids in FM22 from outside of Europe that you should sign for your save.

We’ve tried to steer clear of the usual names while trying to have a good spread from different continents and nations too. Don’t worry, they’re not all Brazilians.

Note: For a lot of these players you’ll likely have to have their starting leagues loaded as at least view-only to make sure they appear in your database.

Having a great name is an important factor in becoming a Football Manager legend and boy does Castillo have one.

At 19, he is a Colombian goalkeeper playing for Fortaleza C.E.I.F in his home nation and is tipped for big things.

He’s already big in one sense, standing at just shy of 6’3″, making him the perfect goalkeeper height.

Castillo has some impressive stats, with 14 bravery, 13 handling, and 13 aerial reach his standout numbers.

Even better, he shouldn’t cost too much at all. His contract at the start of the game only runs until the end of December and he earns just shy of a thousand Euros a week.

The only Asian entrant in this list, Thai striker Mueanta is a serious talent.

The 19-year-old is a full Thai international who plays in his home nation with Buriram United and has already started breaking records.

He is a serious talent, represented in FM22 with 14 finishing, 13 dribbling, and a mammoth 18 determination that should see him fight for your side until the very last second.

Left-back Campos represents the Mexican league and indeed all of North America in this list, and he’s been chosen for good reason.

The attack-minded defender is an exciting talent for Santos Laguna capable of popping up with a goal as well as a crucial defensive interjection.

There have been some (albeit minor) rumours about a potential move to Celtic, swapping one set of green and white hoops for another in a move that would tick every cult-hero box possible.

If his 16 first touch and 15 technique in FM22 are anything near accurate, it would be a good move by the Bhoys, but you can beat them to the punch by picking him up for your side for around €6million.

We’ve already mentioned Julian Alvarez, an Argentine switching the Primera Division for Manchester City, and here is another who may well be doing the same.

Velez’s Perrone is a No.6 but – and this is probably why City want him – he looks to be much more in the mould of Rodri than Javier Mascherano.

In FM22, 16 decisions, 13 passing and 12 first touch mean that this is a 19-year-old you can trust at the base of your midfielder trio to help control games.

Beat the European elite to Perrone’s signature for around €3million.

If you don’t want a goal-scoring Egyptian winger in your team, is FM really the game for you?

No, we’re not talking about Mo Salah but instead 20-year-old Adel who currently plays for Egyptian side Pyramids.

Obviously, he’s already been compared to Salah, and if you take a look at some clips it’s easy to see why.

He’s an Egyptian international with one cap to his name but didn’t quite make the cut for the AFCON 2022 squad.

With his contract expiring near the beginning of the game, he offers a cheap and exciting option. If you’re playing as Liverpool, maybe even try and mould him into Salah’s long-term replacement as a fun alternative.

We’ve mentioned Konate before, but this is the perfect excuse to bring him back to the forefront of your mind.

Ivorian Konate is a serious talent, having already fired his ASEC Mimosas side to the Ivory Coast’s Ligue 1 title in 2021.

He has debuted for the national team and was even included in Les Elephants’ squad at AFCON 2022.

A move to Europe is inevitable and will likely be a success, but even if it doesn’t work out he has already achieved more at 17 than most players ever do.

In FM22 he has 11 finishing and 12 dribbling along with a tasty 15 bravery and 14 determination. A serious talent.

We’ve managed to avoid it until now, but the last player on this list was always going to be a ridiculously young Brazilian wonderkid.

Football Manager has long been synonymous with Brazilian wonderkids, and who better to represent them here than 15-year-old Flamengo winger Goncalves (who we strongly think should take the Fred example and become known as just Mat).

Goncalves’ 15 dribbling, 15 determination and, crucially, 16 flair are the standout stats, which are unbelievable in and of themselves, let alone for a 15-year-old.

Yet they’re also joined by a host of other well-rounded stats to make Goncalves a compelling option early on in his career, with his whole game poised to develop and see him become a balanced and potent attacking threat.

Oh, and he does stuff like this in real life.