13 of the best and worst player unveilings in football history 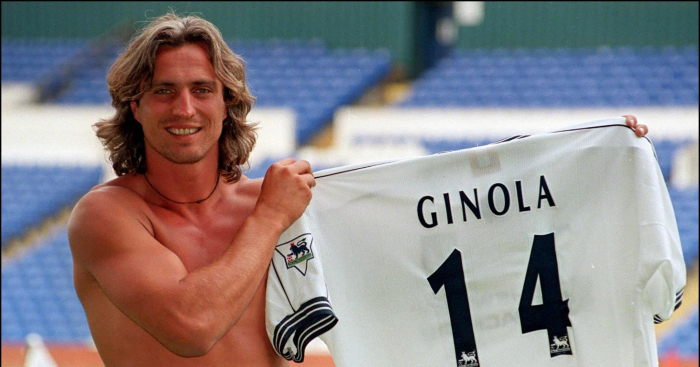 Transfer rumours have become big business in their own right in the social media age, so much so that clubs seem to devote as much time to preparing a Twitter unveiling as they do to completing a signing to begin with.

But what did teams do before social media? Surely it can’t have been nearly as contrived when all you got at the end of it was a couple of press stills.

That’s what you might think, but you’d be wrong. Here are some of the most eye-catching unveilings: some recent, some a little older, and a lot of them very strange.

When Paolo Di Canio arrived at Sheffield Wednesday in the 90s, the club’s entire perception of Italian culture was shaped by Teenage Mutant Ninja Turtles.

At least that’s the only way we can explain the decision to have the forward – along with compatriot and new team-mate Benito Carbone – snapped biting into what looked like an uncooked supermarket pizza.

Oh, and the worst thing? That looks like a Hawaiian.

Lee Bowyer was the most expensive teenager in English football when he moved from Charlton Athletic to Leeds United in 1996, but how could the club demonstrate just how young he was?

Easy. By getting his parents along, as if to demonstrate that he wasn’t old enough to be trusted to make decisions by himself.

If only they’d still been there when he moved on to Newcastle United and thought it was a good idea to fight colleague Kieron Dyer mid-match.

You’d think a football club would realise having their new signing show up on an escalator would achieve nothing beyond a flurry of “going down” gags.

Still, Villa spent £9.5million on Charles N’Zogbia during the same transfer window, so their judgement might not have been spot on with all their activities that summer.

#tbt That time Villa launched their kit with Shay Given on an escalator pic.twitter.com/ryEzBRAXA1

Do you get him out onto the pitch in his kit, implying he’s not ready for management, or do you unveil him in a suit and tie, bringing scepticism about the decision to add him to the playing squad?

Middlesbrough had thought of this when they approached Robson, and they found a third way. Not a better way, necessarily, but certainly a different one.

Ryan Giggs should take the lead from Bryan Robson when it comes to being unveiled as a player-manager: pic.twitter.com/oHmLckuFsM

If you’re not excited by the idea of Cazorla being unveiled by a man in a waistcoat while stood inside a massive beaker, like a smoked whisky drink at a provincial cocktail bar, then we’re not sure what to tell you.

Would it have been better with more than about 1,000 people in attendance? Sure, but if that’s your main takeaway from this then you’ve got your priorities all wrong.

Middlesbrough had signed multiple Brazilians before Afonso Alves rocked up at the club in 2008, so you’d think they’d know better than to resort to cliché, but instead they opted to double down.

If you’re trying to place the expression on the face of manager Gareth Southgate, he’s wondering where he left that paper bag disguise from his Pizza Hut advert.

We get it, he was meant to be a sharp-shooter. Or a poacher. Or just a footballer confused after being handed the only two props left at the club. It’s hard to tell.

Anyone have any idea why Brian Deane was holding guns in his @LUFC signing photo?! pic.twitter.com/bFRgLttnAd

If you thought the Cazorla signing was presented in front of too few people, does this count as too many?

Imagine being Des Hamilton, the next player to join the club that same season, anticipating the same deal for every new arrival and being bitterly disappointed to get a Des Hamilton-size welcome.

On this day… In 1996, Alan Shearer was officially unveiled in front of a delirious crowd in the Leazes car park #nufc pic.twitter.com/B1RILDCRxd

Roberto Soldado comes across as a lovely man, with obvious footballing talents, but he hasn’t had the best of luck in his career.

The peak of his ‘painful to watch’ phase came when he left Tottenham to return to Villarreal, where even his unveiling went wrong.

Just kick the ball into the crowd, Roberto. What do you mean you’re nervous – this is your job, how hard can it be? Okay, fine, one more try. Oh no.

On one hand, if you’re going to ask your new signing to do keepy-uppies at his presentation, you should probably make sure he’s actually capable of that.

On the other hand, if a player has cost you tens of millions of Euros, you could be forgiven for not thinking you need to ask.

A clever protest about the nonsensical trend of footballers wearing one club shirt while holding up a second. What are they going to do, wear two shirts at once?

Still, we do wonder whose idea this was.

Part of having a player show up in a disguise is that, when they remove it, everyone knows who the guy is.

This is the football equivalent of Bart Simpson removing his disguise to blank looks from Shelbyvillians and having to explain “It’s me…. Bart Simpson… from Springfield.”

Big unveilings are one thing, but why bother when you can just name a player on the sub’s bench and save all that time and effort. Unveiling a player to his team-mates as well as to everyone else is a power move, for sure.

Either that or United just forgot. 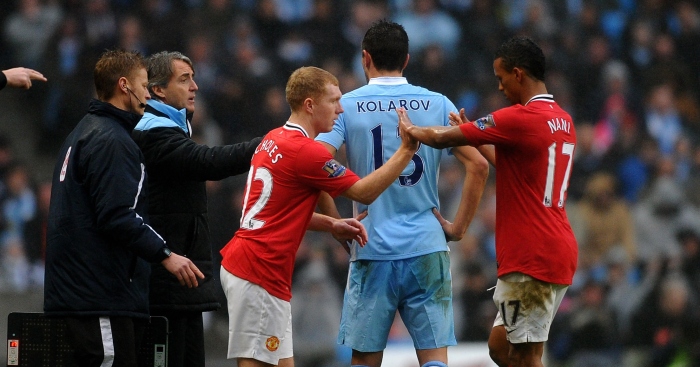 Nine players who came out of retirement: Scholes, Lehmann, Cruyff…