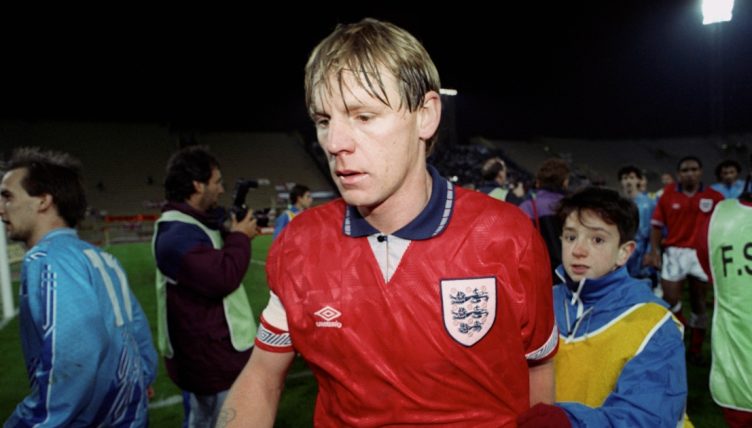 Shockwaves were sent through world football in March 2022 as European champions Italy were eliminated from the World Cup after losing their play-off against North Macedonia. But they’re far from the first major footballing nation to fail to make the World Cup.

Forget that Italy were also absent from the 2018 edition; the four-time winners are World Cup royalty and the tournament always feels slightly strange without the Azzurri and their usual melodrama.

The expansion of the World Cup and the seeded nature of qualifying means it’s rare for one of the game’s big guns to miss out on the finals in this era.

But, with the proud exception of Brazil, every major nation has missed the World Cup at one time or another.

We’ve trawled through the archives to find the last time nine other traditional football powers failed to reach the finals of the Mundial.

Italy weren’t the only big name to miss out on a trip to Russia last time out – the Dutch also failed to reach the tournament after a clusterfuck of a qualification campaign.

Louis van Gaal had led the Netherlands to third place in 2014 but, after his resignation, they failed to reach the European Championship in 2016.

Manager Danny Blind took over halfway through the aborted attempt at reaching the Euros but kept the reins until a damaging 2-0 defeat in Bulgaria in March 2017.

Dick Advocaat took over but, with France and Sweden in their qualifying group, the Netherlands had too much ground to make up and finished outside of the play-off positions – a win over Sweden in their final match wasn’t enough to overtake them.

Uruguay are one of the most storied nations in football history, winning the World Cup in 1930 and 1950 alongside 15 Copas America and two Olympic gold medals.

But La Celeste were essentially an irrelevance between 1970 and 2010 on the global stage, only reaching the World Cup four times in that period and never progressing beyond the last 16.

Their last qualifying failure came in the 2006 tournament, losing a tense play-off against common adversaries Australia.

A Uruguay XI including Paolo Montero, Alvaro Recoba and Diego Forlan took a one-goal lead to Sydney but a Marc Bresciano levelled the tie before some penalty heroics from John Aloisi sent the Socceroos to their first finals since 1974.

Uruguay recovered to reach the semi-finals of the next World Cup and reached the knockout stages of the following two finals – a run they’ll be looking to extend in Qatar.

For such a football-mad nation, Portugal’s World Cup qualifying record in the 20th century was shocking.

A Eusebio-led side reached the semi-finals in 1966, but Portugal’s elimination in the group stages of Mexico ’86 was the only other occasion that they qualified.

Many expected that record to change for the 1998 finals in France – Portugal had a golden generation of players and reached the quarter-finals of Euro 96 – but they finished behind Germany and Ukraine in their qualifying group.

A side containing Fernando Couto, Luis Figo and Rui Costa could have made a serious impression in 1998; they reached the semi-finals of Euro 2000 playing some spectacular football along the way.

Find ‘The Impossible Job’ on YouTube, plump the cushions and watch England’s attempt at reaching USA 94 descend into high farce.

The opening minute of Graham Taylor – The Impossible Job is spine-tingling… pic.twitter.com/jIvhI1bptP

The likes of Jean-Pierre Papin, Eric Cantona, Marcel Desailly, Didier Deschamps, Laurent Blanc and David Ginola would have made the French contenders for their first World Cup crown once the formality of qualification had been completed.

France had been almost certain to reach the finals, but a shock defeat at home to Israel set up a showdown against Bulgaria at the Parc des Princes and, while Bulgaria needed to win, Houllier’s side only needed a draw.

Cantona gave France the lead on the half-hour mark with a typical volley, but Emil Kostadinov equalised five minutes later. France held on until the 90th minute, when Ginola, who had been brought on as a late sub for Papin, had the ball by the corner flag.

The Premier League legend was robbed, Bulgaria broke and Kostadinov scored the goal that sent the underdogs to the USA and started an almighty French inquest.

Houllier singled out Ginola for criticism, accusing him of being “the murderer” of French hopes.

“He sent an Exocet missile through the heart of French football and committed a crime against the team,” said Houllier, starting a feud that lasted until the manager’s death in 2020.

But Hristo Stoichkov thought the hosts had bottled it. “The French were so scared they played with their buttocks clenched,” he said.

“We knew that’s how they would be and our tactics were based on that. They played for a draw and never went looking for a win. They didn’t deserve to qualify and we hit them where it hurt most.”

#OTD in 1993 France only needed a point to qualify for the World Cup.

It's 1-1 in the last minute. David Ginola crosses into the box instead of going to the corner.

Mexico are World Cup staples and can always be relied upon to take a scalp or two before exiting in the round of 16 – in fact, the Mexicans have been eliminated at that stage in every World Cup since 1994.

The same would have probably happened at Italia 90 too but Mexico were disqualified from the qualifying process.

They were banned from trips to Rome, Milan and Naples after using players over the age limit in the qualifying round for the 1989 FIFA World Youth Championship, known as the ‘Cachirules’ scandal.

Bit harsh? Maybe. But it cleared the way for the USA to reach their first finals since 1950 and give them vital experience before hosting the World Cup four years later.

Their dominance during the early 2010s has changed perceptions of Spanish football but, prior to their three successive major titles, Spain were widely regarded as the greatest underachievers of international football.

Despite a plethora of talented players, Spain often failed to click as a team and endured a succession of early exits from World Cups – often after teasing everybody during the group stages with glimpses of their ability.

But Spain always had one of the best qualifying records around, having reached every World Cup since the 1978 edition in Argentina.

The last time La Roja didn’t participate was back in 1974, when Germany was split into East and West and Scotland were the only British participant.

Spain were defeated in a play-off by Yugoslavia, part of a string of qualifying failures that lasted from 1966 to 1978 and reflected the general turmoil of the country in the final throes of the Franco regime.

Argentina will be looking for their third World Cup title in Qatar. Of course they are, Argentina always qualify. Don’t they?

Not since 1970 has a World Cup taken place without Argentina.

Despite chaos within the Argentine Football Federation, four different managers in three years and back-to-back defeats in their first two games of qualifying, Argentina still went into their final match with a chance of making it to Mexico.

That chance was extinguished by a 2-2 draw at home to Peru as Argentina failed to qualify for the only time in their history (their previous absences – in 1938, 1950 and 1954 – had been through choice).

Along with Brazil, Germany are the only nation that has never failed to qualify for the World Cup – but they’ve still missed two tournaments.

The World Cup juggernauts were absent in 1930 after turning their nose up at a two-week boat trip to Uruguay. Fair enough, especially as the other major European nations declined the invitation too.

And they were banned from competing in the 1950 World Cup – which, considering the country was still occupied and partitioned after the Second World War, does make sense.

Can you name England’s XI from the 1990 World Cup semi-final?