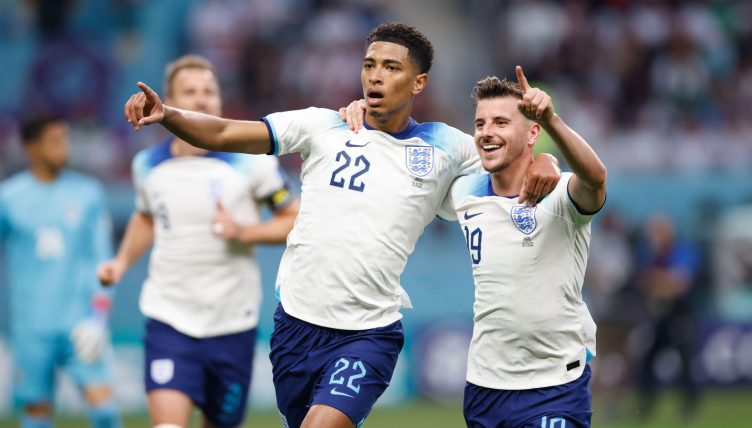 England comprehensively avoided being on the wrong end of one of the shocks in the first round of World Cup fixtures – but can they do it again against USA?

Argentina were beaten by Saudi Arabia in one of the biggest World Cup shocks ever, while Germany lost to Japan in another underdog turnaround, but England thrashed Iran 6-2 to put all the pre-tournament negativity behind them and maybe even get a few of us believing again.

If you’re one of those believers, England v USA is one of five games to predict in round two of our Big5 predictor game, with £1,400+ already in the Prize Pool. The pot for round one was £3,444 – wouldn’t that be nice for Christmas? – and entry is just £5. You have until 6.45pm to register, 15 minutes before England kick off…

Big5 is a classic simple predictor game, but with a few added extras.

Once you’ve predicted the five results, it’s on to the boosters…

The Ref: Pick the match with the most goals

The Goal Fest: Pick the match with the most cards

The Special One: Pick a team to score exactly one goal

Why Should I Play Big5?

The thrill of Big5 transports you from your sofa to the stadium…this is your ticket to the action!

Our game partners, Network Gaming, have three tipsters sharing their knowledge via e-mail with all registered players. Here’s what one of them, The Teacher, suggests for Game 2.

My Pick: England (vs USA)

England put their Nations League woes behind them on Monday by thrashing Iran 6-2, returning to their goalscoring ways.

The top scorers from European qualifying got on the front foot early on and a repeat here should be good enough, especially with Harry Kane likely to play.

USA failed to cope once Wales got their tactics right and started having a go – the Americans ended with a worrying expected goals-against (xGA) figure of 1.9.

The Swiss conceded only two goals in qualifying – the best record in Europe – as they finished ahead of Italy, who they drew with twice.

And they have a much longer track record of thwarting ‘big’ opposition too. They knocked France out of last year’s European Championships, while they defeated both Spain and Portugal in the recent Nations League.

At the last World Cup they held Brazil to a draw and may repeat the trick here.

Mexico will have taken note – expect them to sit deep and try to thwart. They kept a clean sheet in eight of their 14 qualifiers so are defensively sound, as they showed during Tuesday’s 0-0 draw with Poland.

Take out the penalty (which they saved) and their xGA figure was just 0.3.

Ready to make your picks?