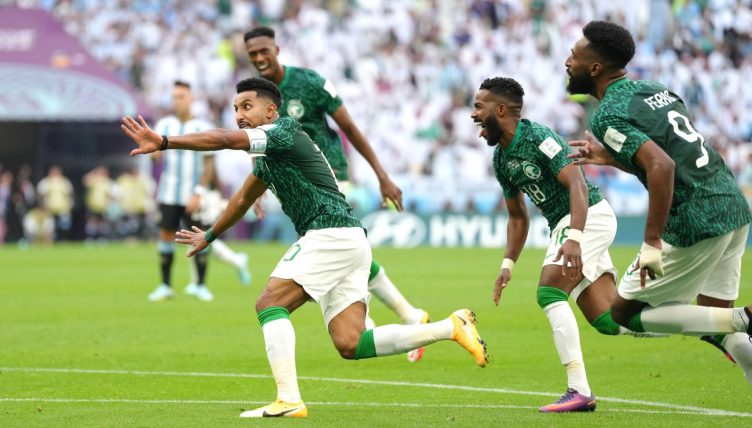 International football is full of upsets, and it’s all the better for it.

There’s nothing better than when a minnow defeats a giant. Who doesn’t want to see a postman score a worldie and reduce someone who earns a hundred times his annual salary in a week to tears? That’s what football is all about.

So in no particular order, here are eight of the greatest upsets in the history of international football from nations that dared to dream and succeeded. Enjoy.

All the talk before this Group C opener was about Lionel Messi’s quest to finally win the World Cup and victory over Saudi Arabia was taken as a given.

Not so. Despite Messi opening the scoring with an early penalty, and Argentina having three goals disallowed for offside, the rank outsiders competed well and turned the game on its head during a stunning second half.

Salman Al-Faraj levelled the scores before captain Salem Al-Dawsari caused a worldwide epidemic of dropped jaws by putting the Saudis ahead shortly after.

Argentina huffed and puffed but were unable to pull themselves level as Saudi Arabia pulled off arguably the biggest World Cup upset of the 21st century.

Whatever Hervé Renard said to his players at half-time, it worked!! 🤩@SaudiNT_EN have gone 2-1 up against one of the competition favourites Argentina with this belter!! 🚀#ITVFootball | #FIFAWorldCup pic.twitter.com/uHdXpjUAdm

This was not the AFCON-winning Senegal team you know today.

They were a good team and had just finished as runner-up in AFCON 2002, but consider who they were facing: World champions France.

Les Blues were strongly tipped to go on and win a second successive world title, with a side that was even more impressive than the one that had triumphed on home soil in 1998.

Patrick Viera, Claude Makelele, Marcel Desailly, Zinedine Zidane, Thierry Henry and a dozen more players at the very pinnacle of the European game made up the French squad.

Senegal’s side, meanwhile, was predominantly made up of players from mid-table French sides and they had to play in the opening game of their first-ever World Cup.

But Senegal completely blindsided France 1-0. Papa Bouba Diop’s 30th-minute strike was all that was needed to stun the World champions, with El Hadj Diouf the star of the show.

The Senegalese went on to draw with Uruguay and Denmark to ensure passage to the Round of 16 where they saw off Sweeden, only to cruelly lose to Turkey.

France? They lost to Denmark and drew with Uruguay, sending them packing in the group stages.

18 years ago today Papa Bouba Diop scores and Senegal shock France in the opening game of the World Cup.

The World Cup probably won’t be “coming home” this year, but it’s definitely not going to Rome.

Such is the scale of this shock, it surely ranks among the greatest in footballing history. North Macedonia is a tiny, landlocked nation with a population of just 1.8 million that’s quickly declining.

It’s one thing winning a one-off match surprisingly, but how about a whole tournament?

Everyone knows about Greece winning the 2004 Euros but few have taken the time to understand just how incredible an achievement it was.

It is rightly regarded as the equal of such achievements as Leicester winning the Premier League. They qualified second in their group, beating hosts Portugal in the process 2-1.

They went on to knock out France in the quarters 1-0, and then won their semi-final courtesy of a golden goal against a Czech team that had topped their group which featured Germany and the Netherlands.

The final would see them play Portugal, who had never won a major trophy and now had the chance to in their own backyard.

But a young Cristiano Ronaldo would be brought to tears as his nation lost 1-0 to the stubborn Greeks. Their one shot on target, an Angelos Charisteas header, was all that was needed to complete one of football’s greatest-ever comebacks. Bravo! 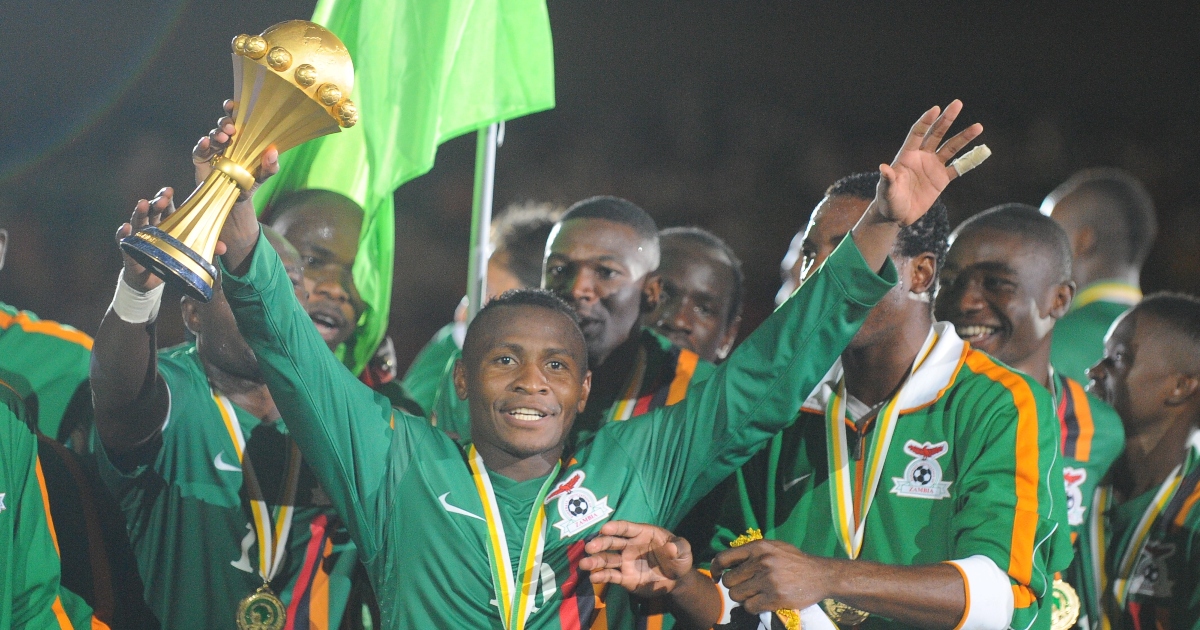 Before everyone else co-opted it, the Thunderclap celebration was Iceland’s and Iceland’s alone. When they stunned England 2-1 in the Round of 16 at Euro 2016, it could be heard echoing across Europe.

Home to only around 350,000, Iceland’s population is so small that almost 10% of their entire population travelled to France to watch Euro 2016, and they did it again for the World Cup in 2018.

“That was the worst performance I’ve ever seen from an England team. Ever. It was tactically inept,” he said on the BBC. “We were out-fought, out-thought, out-battled, and totally hopeless for 90 minutes.”

But in hindsight maybe England should thank the Icelandic Vikings; Roy Hodgson resigned, and Gareth Southgate came in. Things have got just slightly better since then.

Italy would reach the World Cup final in 1994, only losing on penalties to the Brazilians who captured their second World Cup in a row.

But only one other team beat the Italians in that tournament. Not Spain, not Argentina, not Germany, and not France: it was Ireland.

Jack Charlton’s Ireland to be precise, and that’s an important distinction.

Every one of his players were as charismatic as he, and they worked their socks off for him in order to dominate the Italian national team during the heyday of Italian domestic football.

Amidst the bizarre background of the New York Giants’ stadium, Ray Houghton’s floating screamer was enough to secure a historic victory and the most iconic victory in the history of Irish football. 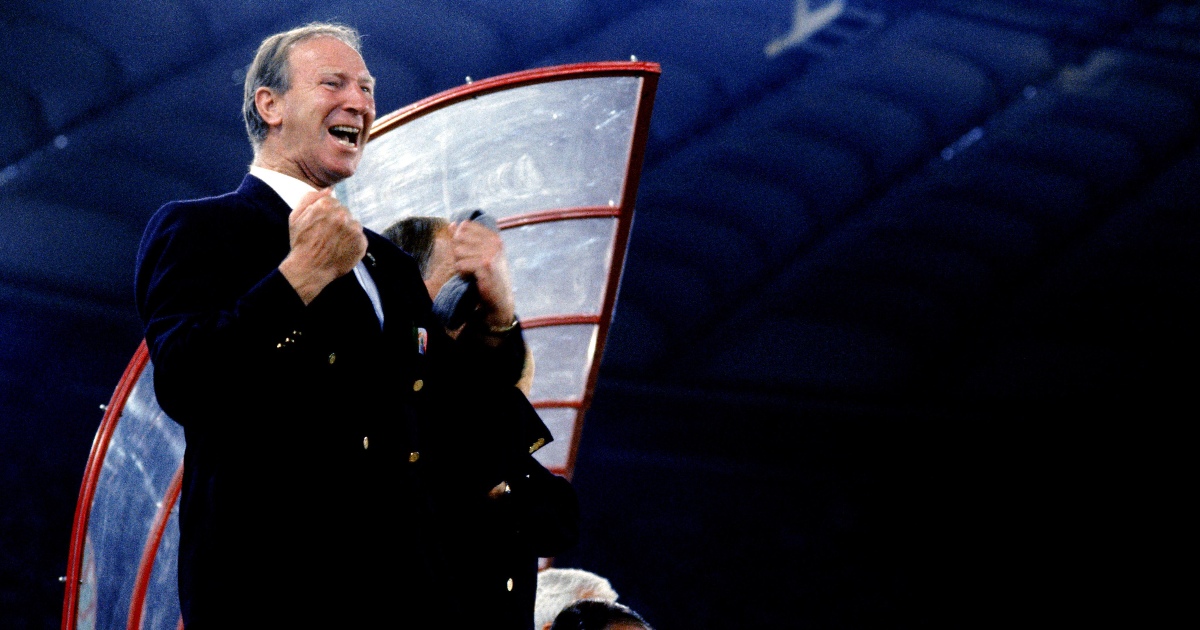 Yep, England doesn’t just have the embarrassing 1-1 draw in 2010 against the USA on their record, but they actually lost to them in 1950.

It’s possibly the biggest shock in World Cup history. This was when the USA players were a bunch of amateurs and England still considered themselves to be the home of football.

Legendary players like Tom Finney, Alf Ramsey, and Wilf Mannion could do nothing to stop a bunch of part-timers beating them 1-0 in their first match of the World Cup.

READ MORE: Eight of the most fun international sides since 2010: Italy, Chile, Wales…