A brilliant Xl of Arsenal players aged 24 or under: Odegaard, Saliba, Saka… 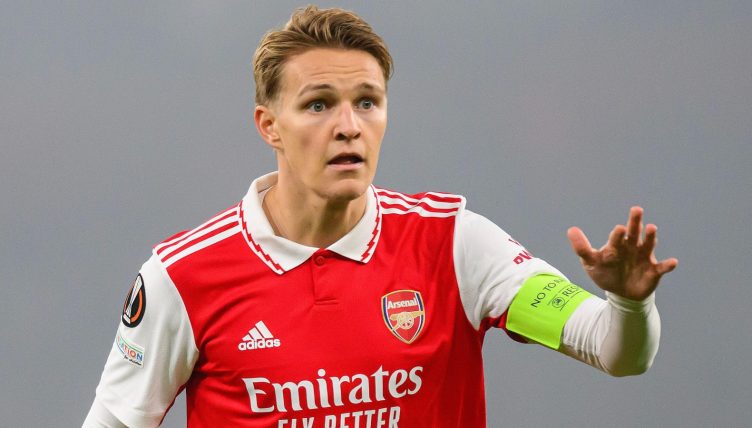 While Mikel Arteta still receives some criticism, the Arsenal manager has been able to build an exciting squad with lots of talented young players.

Arteta inherited a squad full of players who were past their best but has made a lot of changes in the last two-and-a-half years.

We’ve compiled an Xl of their best Under-24 players, arranged in a 4-3-3 formation.

One of the best keepers in the Premier League, Ramsdale has proved the doubters wrong since his big-money move from Sheffield United and will be crucial to maintaining Arsenal’s title hopes.

Tomiyasu was a relatively unknown 22-year-old when he moved to north London from Bologna in the summer of 2021.

But the Japan international quickly established himself as a fan favourite due to his consistency, no-nonsense style of play and ability to win duels.

He did struggle with injury problems in his debut season, and has been supplanted at right back by Ben White, but he’ll no doubt play an important role in the coming months.

After starring on loan at Marseille and winning the Ligue 1 Young Player of the Year award in 2021-22, Saliba finally made his competitive debut for Arsenal in 2022-23.

The centre-back, who joined the Gunners from Saint-Etienne back in 2019, is since taken the Premier League by storm. We’re a little bit in love.

He’s yet to make his senior debut for the Gunners but has been a key player for their Under-23s and is already a full Tunisia international.

“He’s technically very good with a lovely range of passing and he breaks his lines taking real responsibility on the ball,” Portsmouth boss Danny Cowley said in 2021. “He looks a talented player.”

The 20-year-old is spending 2022-23 on loan at Eredivisie club Sparta Rotterdam and will be hoping to break into the Arsenal team on his return.

While Norton-Cuffy is a right-back, we’re just going to assume he can play left-back for the sake of this team.

The defender, who joined Arsenal’s academy from Chelsea in 2016, made his debut for the Under-23s at the age of 16 and is regarded as one of their best prospects.

He spent the second half of 2021-22 on loan at League One side Lincoln City and impressed everyone at the club with his defensive work and attacking dribbles.

“I don’t want Arsenal ringing me up saying ‘what have you said that for?’, former manager Michael Appleton stated. “But I’ve been saying it behind the scenes, I think he will play for Arsenal’s first team on a regular basis.”

“It might not be for a couple of years but it’s definitely going to happen.” 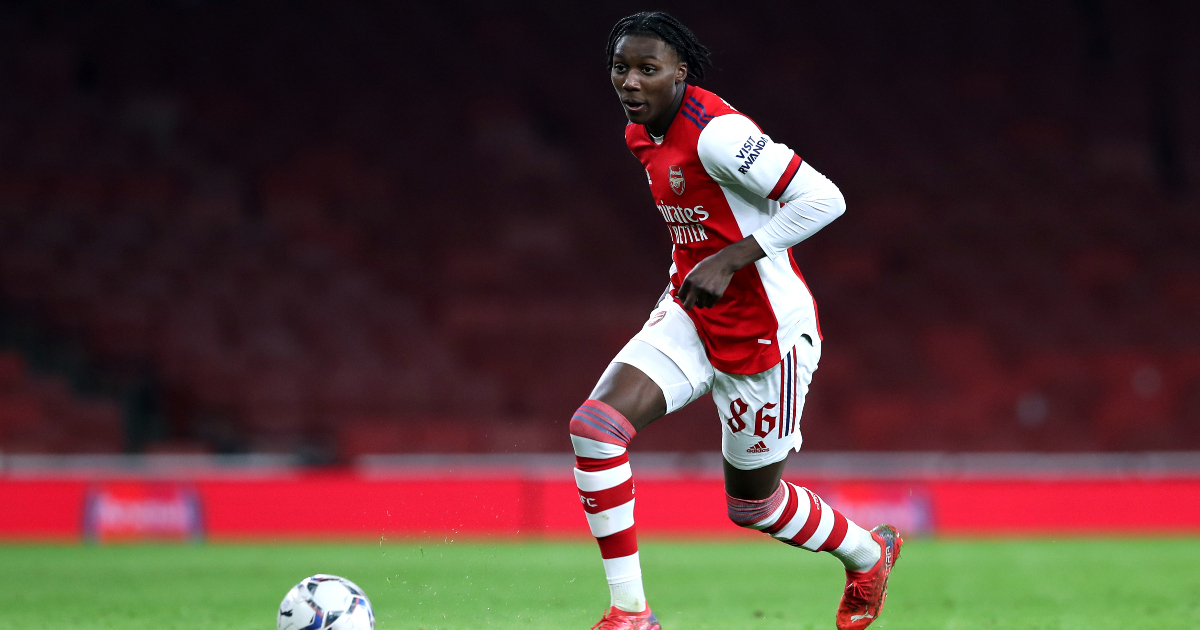 READ: Brooke Norton-Cuffy is the Islington Alves… he’s ripping the EFL to shreds

After Lokonga thrived under Vincent Kompany at boyhood club Anderlecht, Arsenal fought off interest from other sides to sign him for £17.2million in 2021.

He initially struggled to adapt to English football and couldn’t quite establish himself in the team, starting just 12 Premier League games in 2021-22 and making a further seven substitute appearances in the competition.

But the 23-year-old midfielder possesses lots of potential, has plenty of time on his side and has been tipped for a very bright future.

“I was watching football from different countries, different places and I saw Sambi play his first game, first two games for Anderlecht and then he got a big injury to his knee,” Kompany said on Rio Ferdinand’s Vibe with Five YouTube channel.

“The first thing I did when I saw Sambi is I went to Mikel and also Pep [Guardiola], but Mikel first and said, ‘you got to watch this guy, he’s the new Yaya Toure’. Anyway, nothing comes off it, he’s got a cruciate ligament [injury].”

Smith Rowe had to bide his time, spending months on loan at RB Leipzig and Huddersfield before finally establishing himself at Arsenal midway through the 2020-21 season.

He’s since gone from strength to strength, helping fill a creative void in midfield while proving himself worthy of wearing the Gunners’ No.10 shirt.

He finished last season with 11 goals and two assists 💫

Odegaard seems to have been around forever, yet remarkably he’s still only 24 years old.

The Norway international has been one of Arsenal’s standout performers since initially arriving in January 2021 and is regularly showcasing the skills that made him so highly rated during his teenage years.

He’s also shown maturity beyond his years and was handed the armband ahead of 2022-23, becoming the youngest Arsenal captain since Cesc Fabregas took the role in 2008.

Despite only being 21 years old, Saka has already followed in Thierry Henry’s footsteps by winning Arsenal’s Player of the Season award in two consecutive seasons.

And, after his excellent World Cup with England, we can’t wait to see just how good the England international becomes when he hits his peak years.

Arsenal’s scouting department unearthed a real gem when they spotted Martinelli playing for Brazilian side Ituano.

He joined the Gunners for just £6million in 2019 and enjoyed a brilliant debut campaign, becoming the first teenager to score 10 goals in a season for Arsenal since Nicolas Anelka in 1998-99.

While his progress was briefly derailed by a severe injury problem, the Brazil international has now rediscovered his best form and is enjoying an amazing 2022-23 season.

Vieira first shot to prominence at the 2021 European Under-21 Championship, winning the Player of the Year award as Portugal lifted the trophy.

After following that up with six goals in 14 assists in 27 Primeira Liga appearances for Porto in 2021-22, he caught the attention of several top clubs and Arsenal moved quickly to sign him in a £34million deal.

The 22-year-old, who operates as an attacking midfielder or a left inside winger, has already proven he’s an exciting addition to Arteta’s squad.

“He’s very similar [to Bernando Silva],” Smith Rowe said recently. “He’s a very good passer of the ball, his left foot is very good and he likes to create goals and score them himself.

“I’ve already played against him at international level, so I can’t speak highly enough of him, and the fans should be really excited.”

READ NEXT: Where are they now? Saka’s team-mates from his last Arsenal U23 game