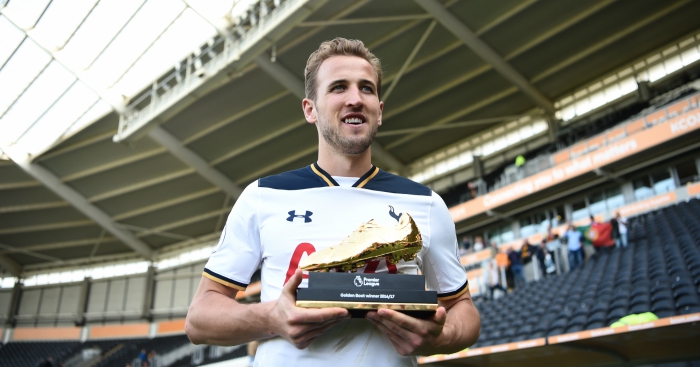 Liverpool, Manchester United and Tottenham are all represented among the winners in our football take on the BRIT Awards.

The last 12 months have been monumental for football – we’ve seen transfer records smashed, Pep Guardiola take Manchester City on a crazy unbeaten run, and much, much more.

With the famous ceremony due to be held on Wednesday night at London’s O2 Arena, we’ve broken down the categories, and dished them out with a football twist.

At the actual awards, we may just be rooting for Loyle Carner, but who has won in our selection?

There’s only one man for this. Harry Kane’s 39 Premier League goals throughout 2017 make him the obvious choice as the best British male in football.

In fact, Kane was the top scorer in Europe for club and country last year, hitting an incredible 56 goals in 52 appearances.

He also recently made it to 100 Premier League goals, and England fans are eager to see what he can produce leading the line at the World Cup – potentially wearing the captain’s armband.

Becoming a striker little over a year ago, Dries Mertens has been absolutely on fire ever since, scoring 40 goals and tallying 50 assists in just 47 domestic appearances since the start of December 2016.

With that in mind, we’ve strayed away from the obvious – with Lionel Messi and Neymar both clear contenders – and have plumped for Mertens and his revived brilliance as the best international male.

His goalscoring exploits have led Napoli to the top of the Serie A table, and reportedly with a buy-out clause of €28million, it’s a surprise his services weren’t in more demand last month.

Judging by his celebration, Dries Mertens meant to score this 😏

Nikita Parris is quick, lethal and very likeable, and so gets our nod in a tough category.

The Scouser made her tournament bow as the Lionesses reached the semi-final of Euro 2017, and also won the FA Women’s Cup with Manchester City.

So who's on free-kicks on Tuesday?! pic.twitter.com/NjXm8wDz5n

The list of awards Australian winger Sam Kerr won last year seems to just go on and on.

Having made her international debut aged just 15, Kerr now has over 50 caps to her name and at the age of 24 was crowned Young Australian of the Year in January.

The Asian Football Confederation’s player of the year also won Australia’s Sports Personality of the Year award for her work in helping to massively grow the interest in women’s football down under.

She was also crowned MVP in the US National League, and is the all-time record scorer in the competition. Not bad, eh?

Even in just six months of playing together, Liverpool’s front three of Mo Salah, Roberto Firmino and Sadio Mane have shown enough to earn them the award as the best group in Britain.

Their pace, flair and ability to score goals – despite the fact none of them are an out-and-out striker – makes them so entertaining to watch.

And then, just to add to that, it turns out Mane likes copying their celebrations too which just makes it hard not to love them. 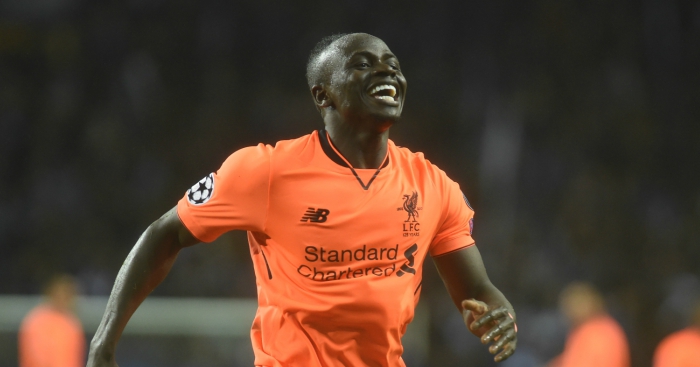 WATCH: Sadio Mane copying his team-mates’ celebrations is our favourite thing ever

Since joining for a world record transfer fee last summer, Neymar has formed a near-unstoppable relationship with Edinson Cavani and Kylian Mbappe.

Between them, they have scored an astounding 73 goals in all competitions so far this season, and their tally of 51 in the league is more than all but four Ligue 1 clubs have mustered altogether.

And it gives us an excuse to use this video again so we had to pick them really.

did PSG not think about what this would do for the rennes lads confidence long term? pic.twitter.com/P6ncbHJB3Y

It was a tough call for the best single with cup shocks coming into play, but Liverpool’s 4-3 victory over Manchester City is our pick for the best individual match.

The game had everything: great goals, missed opportunities, and of course City’s phenomenal unbeaten run coming to an end.

We’ll let Jurgen Klopp do the talking for us.

We were close to handing this one to Chelsea Under-23s for their storming run to the semi-finals of the Checkatrade Trophy…nah, but this one goes to Bristol City.

Since the ‘best single’ was given to an individual game, the album can go to a group of games, and we’ve gone for the brilliantly captivating EFL Cup run, in which City defeated four Premier League teams on the way to the semi-final of the competition.

After beating Watford, Stoke, Crystal Palace and Manchester United, they put up a brilliant fight against champions elect Manchester City, bowing out with their heads held high after a 5-3 aggregate defeat.

And an honorary award goes to their goal GIFs, which continue to be excellent.

A first England call-up, controlling a game away at Real Madrid and being bailed the “perfect midfielder”. 2017 wasn’t bad at all for Harry Winks.

The Spurs man, now 22, came off the field at the Bernabeu with a 94% pass completion rate in a 1-1 draw, before earning a lot of praise as Mauricio Pochettino’s men defeated Los Blancos at Wembley a few weeks later – and Winks earned the nickname “the little Iniesta”.

Described as “England’s best performer, eye-catching among so much mediocrity” on his international debut, Winks has a central midfield spot there waiting for him at this year’s World Cup, his chance to prove himself on a somehow even bigger stage.

May you score many more like this! 🙏#COYS pic.twitter.com/PQhvUTZLlu

As the art of announcing a signing is really growing, there’s plenty to take your pick from – we’ve even rounded the best ones up for you.

For the award, though, it has to go to this bizarrely brilliant cinematic masterpiece as Manchester United unveiled Alexis Sanchez.