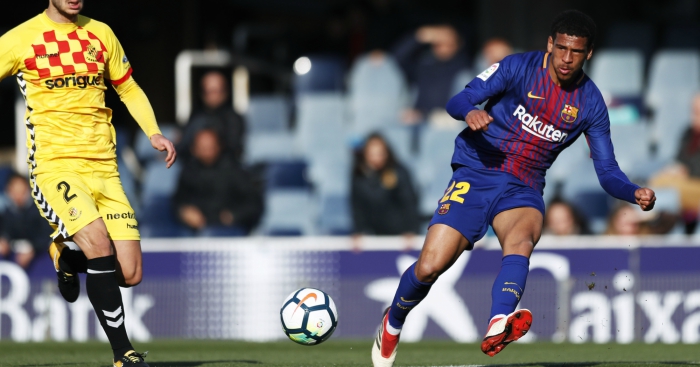 It’s fairly uncommon to see British players move abroad, but as we’ve been finding out in our Brits Abroad series, there are more playing overseas than you might realise.

Seven British players have featured in the top two divisions in Spain, Portugal and Italy alone this season – and here we’ve taken a closer look at them.

With all their incomings and the Alexis Sanchez saga, you could be forgiven for missing 18-year-old McGuane’s transfer out of Arsenal.

However, he hit the headlines for becoming the first Englishman to play for Barcelona since Gary Lineker when he came on during the final of the Catalan Super Cup.

Now 19, the England youth international signed for the Spanish giants for an undisclosed fee, and they whacked a €25million buy-out clause onto his three-year contract.

He has made four appearances for Barca’s B team in the second tier, having scored twice in nine games for Arsenal’s Under-23s prior to his transfer.

His versatility is apparent, with the defensive midfielder also comfortable at full-back and in the centre of defence.

An interesting tale has taken central defender –  who is simply known as ‘Charlie’ in Spain – from England to Spain, back again then back once more.

Aged seven his family upped sticks and moved to Malaga, and growing up he was a team-mate of Isco, before Nottingham Forest scouted him, although he favoured his chances at Grimsby Town.

He scored on his debut aged 17 before turning down a new contract two years later, returning to Spain and eventually signing with Elche’s second team. He played for Alcocorn and Real Oviedo on loan before joining Valencia B.

Still only 24, at the start of this season he moved to relegated Granada, playing in the second tier this term, before dropping down a level to join Real Murcia. Fellow Englishmen Connor Ruane and Jay Clarke are also currently in the third tier, with Hercules and Pena Deportivo respectively.

Born and raised in the steel city, 28-year-old Tahar made one senior appearance at Sheffield United having progressed through the ranks there.

Upon leaving in 2010, he had a spell at non-league club Staveley Miners Welfare before trying his hand abroad.

He moved to Romania, where he signed with Gaz Metan Medias, and after three years earned a huge move to Steaua Bucharest.

Tahar made 15 appearances for the famous club before spells with Portuguese club Boavista, Japanese side Sagan Tosu, and another with Gaz Metan.

He is now with Boavista permanently, where his side sit seventh of 18 in the Primeira Liga, and is back in the team after being sidelined through injury for the first half of the season. We spoke to him earlier this year… 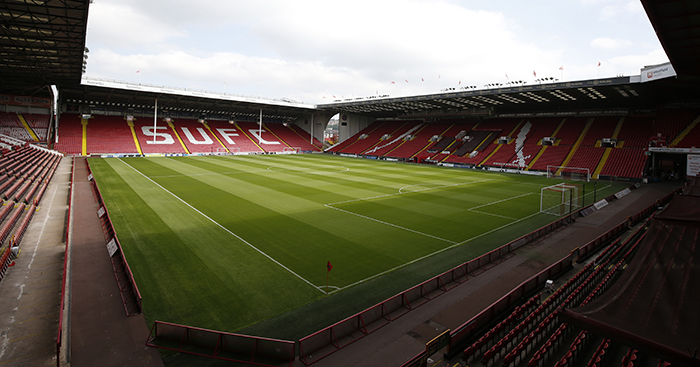 READ: The story of a player’s journey from Sheff Utd to the CL via the ninth tier

After making 50 appearances for Dundee United, the “Scottish Messi” joined Sporting Lisbon for £3million in 2014, signing a six-year deal which included a £50million buyout clause.

Making a handful of appearances in his debut season, the then-18-year-old winger even earned a call-up to Scotland’s senior side.

A large number of games for Sporting B followed in the second tier, before a loan spell at Vitoria Setubal ended bizarrely as they knocked his parent club out of the cup, only for Sporting to recall the player.

He is currently on a season-long loan at top-flight club Desportivo Aves, and has made an impressive 128 senior appearances aged just 22.

⏪⚽ Mind Ryan Gauld? The youngster was christened mini-Messi by the @DundeeUnitedFC fans! Check out his first senior goal! 🎯⚽ #TBT pic.twitter.com/XLtcOB0Ic4

Turning down a new contract at Arsenal in the summer, Willock moved to Benfica despite reported interest from Manchester City and Newcastle, signing a five-year deal with the Portuguese giants.

The forward, who turned 20 at the end of January, has made 19 appearances and grabbed three goals for the club’s B team in the second tier.

He’s now lining up for England’s under-20s, having progressed through the age groups at national level, and his pace, power and control make him look a very attractive prospect.

Aarons made four Premier League appearances this season before moving to Hellas Verona on loan from Newcastle.

A loan move to Hull was mooted in January, but Aarons instead chose Italy, linking up with Verona manager and former Newcastle coach Fabio Pecchia.

He has made three appearances so far as his new club sit precariously in 19th place in Serie A.

Scottish midfielder Henderson is no stranger to a move abroad, having spent time on loan from Celtic at Rosenborg in 2015.

The 21-year-old had made 37 senior appearances at Celtic Park, but chose to switch to Serie B club Bari in January after impressing on trial.

The midfielder, who has represented Scotland at youth level, has scored once in five appearances so far for the side currently sat fifth in a tight promotion race in the Italian second tier.

And in true Brits abroad fashion, he tried out his new language almost immediately on his arrival.