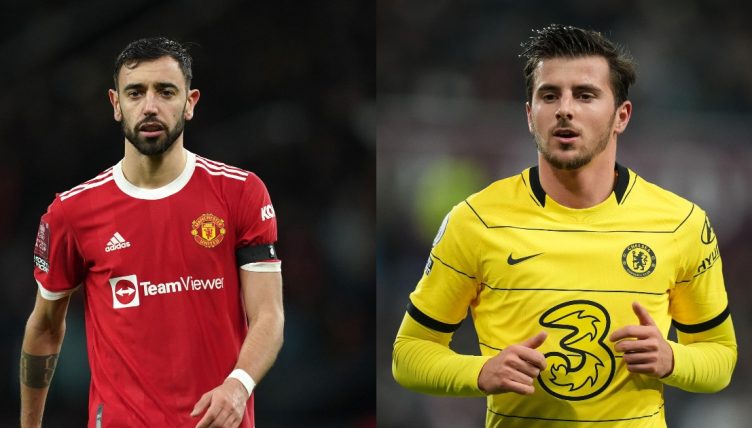 Manchester United’s Bruno Fernandes and Chelsea’s Mason Mount are regarded as two of the best attacking midfielders in the Premier League – but how do the two compare?

Fernandes joined United from Sporting in January 2020 and hit the ground running, scoring 40 goals in his first 18 months at Old Trafford.

The Portugal international also broke Frank Lampard’s record for most goals scored by a Premier League midfielder in a single season.

But he struggled to hit the same heights in 2021-22 and United had an extremely underwhelming season, finishing sixth in the Premier League and failing to win any trophies.

Mount came through Chelsea’s academy and had loan spells at Vitesse and Derby County before establishing himself in their first team in 2019.

He silenced his critics and went from strength to strength, helping the Blues win their second Champions League title in 2020-21.

“For example, I really like Mason Mount,” Fernandes told United’s official website in May 2021 when quizzed about the Premier League’s best players.

“He’s been consistent from the beginning of the season but, if people will watch numbers, he’s not had so many goals as other players or assists as other players but, for me, as a performance he’s been really, really top.”

Mount, who is often been compared to Lampard, has now added more goals to his game and enjoyed his best ever scoring season in 2021-22.

According to reports, United manager Erik ten Hag is watching Mount’s contract situation at Chelsea as he considers a shock move for the England international.

We’ve compared Fernandes’ club stats with Mount’s in 2021-22 to see who comes out on top.

You cannot take your eyes off this game! pic.twitter.com/M9UjS3aoJS