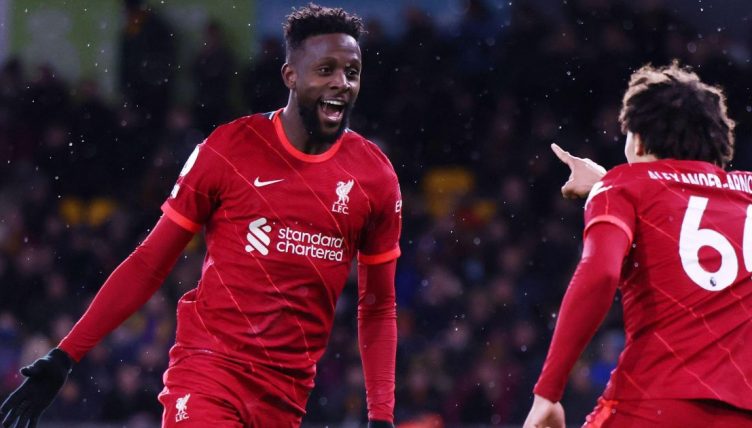 “I’ll take my grandkids to visit the Divock Origi statue one day,” is not a statement you’d ordinarily expect to read about a striker that’s scored 40 goals in 171 appearances for Liverpool.

Yet that’s how Andy Robertson reacted to Origi’s match-winner against Wolves in December 2021, and you’d be hard-pressed to find a Liverpool fan that disagrees with the sentiment.

After all, the Belgium international is clearly a hugely popular figure within the Liverpool dressing room, and an important cog in the side built by Jurgen Klopp, undoubtedly their best of the modern era.

With an uncanny knack of saving his best moments for when Liverpool really need him, he’s secured cult hero status at Anfield for life. Here are 11 of his greatest moments.

Starting as he meant to go on, Origi scored his first goal for Liverpool with a 96th-minute equaliser at home to West Brom.

This was still in the early days of Jurgen Klopp’s reign, when the club wasn’t anything like the force it was today.

The recently appointed manager was roundly mocked for taking his players to applaud the fans after drawing 2-2 with Tony Pulis’ Baggies, but it helped build an affinity with the Anfield faithful that’s undeniable today.

Origi scored in five successive games for Liverpool in November and December 2016, starting with a Fernando Torres-esque peach of a strike to break the deadlock against Sunderland.

“I always believed in him, in his quality and ability to score important goals!” tweeted fan account @The_Red_Post at the time. Little did they know what was to come.

Divock Origi's goal against Sunderland!
What a strike!
I always believed in him, in his quality and ability to score an important goals!#LFC pic.twitter.com/40a9G9jGVh

One of the weirdest goals ever scored, and to win it in the very last second of a derby. Of all the players to be in the right place at the right time after Jordan Pickford made a hash of it, with the ball bouncing off the crossbar and back into the six-yard box, it had to be Origi.

It remains his own personal favourite goal. For a player that’s scored two of the most celebrated goals in Liverpool’s long and storied European Cup history, that’s quite something.

“Definitely the Everton one. It’s the goal they speak about most in the city. It’s amazing. I love it. It shows the heart of the supporters. It’s Liverpool, you know,” the Belgian responded when asked to pick one out.

📅 #OnThisDay in 2018, Divock Origi secured another win over Everton in unforgettable fashion…

Origi has scored five goals against Everton, more than any other club. They must be sick to the back teeth of him in the blue half of Merseyside, which only heightens his cult hero status for the Reds.

His fourth and fifth goals came in a particularly sweet 5-2 victory at home to Everton in April 2019. He led the line brilliantly for Klopp’s side that day, scoring Liverpool’s third (and his second) after just half an hour after doing superbly to take down Dejan Lovren’s pass from deep.

We were approaching the final stretch of the most relentless title race English football has ever seen when Rafael Benitez’s Newcastle looked set to deal Liverpool a bitter blow.

Salah had been substituted off with a head injury, and twice the Magpies pegged Liverpool back. The scores were tied at the 86th minute when Origi leapt to nod home, sending Klopp’s men temporarily back top of the table ahead of City.

Guardiola’s men held their nerve to leapfrog them, needing 98 points to lift the Premier League trophy, but Liverpool’s brilliant Belgian kept them believing.

Three days later, he did something even better.

After the madness against Barcelona in the semi-final, Liverpool’s 2-0 victory over Tottenham in the Champions League final was almost anticlimactically straightforward and professional.

Klopp’s men looked in control from the moment Mohamed Salah converted an early penalty. But there was always going to be tension as Liverpool approached the closing stages with a narrow one-goal margin.

That all broke in the 87th minute when Origi perfectly placed a shot in the bottom corner. The moment that sealed the deal. Let’s talk about six, baby.

It was only the fourth round of the League Cup, with Arsenal and Liverpool fielding two heavily-rotated XIs at Anfield, which perhaps explains how and why the match turned out to be a bonkers ten-goal thriller.

A 5-5 draw, subsequently won on penalties by Liverpool after a 94th-minute equaliser, is the kind of match a 10-year-old football obsessive would dream up.

Of course, it was Origi with the goal. Do you even need to ask?

Alright, the second goal in a routine League Cup win at Preston is hardly destined to live long in the memory – especially in comparison to some of the other stages he’s lit up – but the nonchalance behind it was pure Origi. 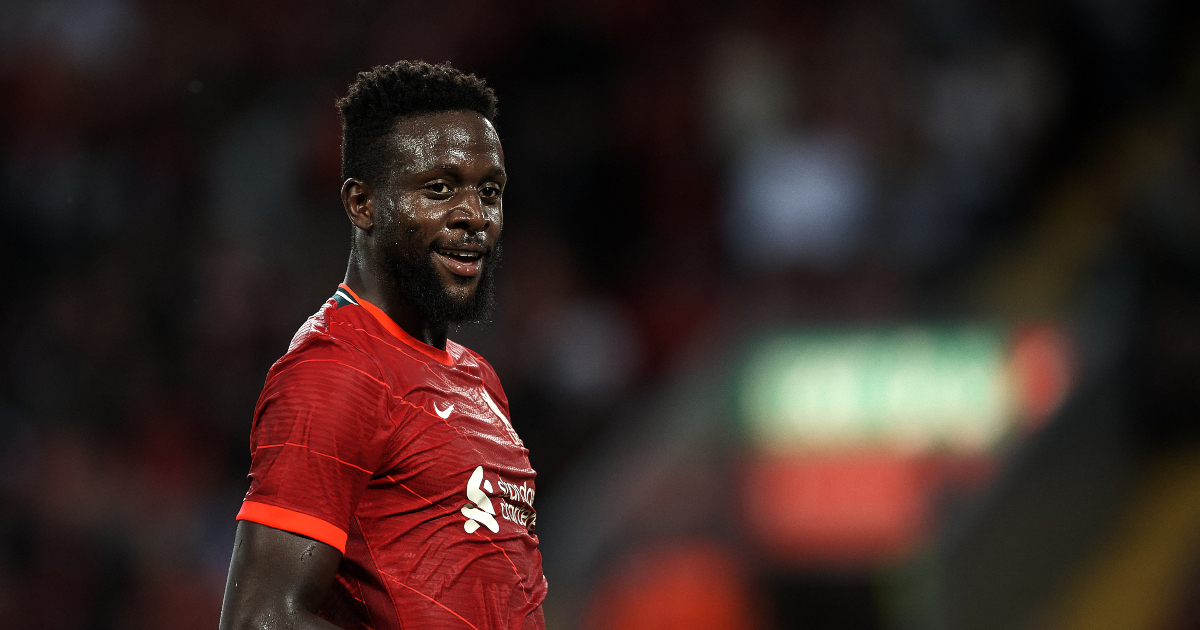 It’s deep into injury-time at Molineux. The game remains goalless. Chelsea lost in the early kick-off and it looks as though Liverpool have missed their chance to move top.

Wolves have defended diligently and it looks as though Klopp’s men will pay the price for a shocking Diogo Jota miss.

The clock reads 93:35 when Virgil van Dijk plays out a brilliant pass out to Mohamed Salah out on the right. The Egyptian takes a perfect touch to burst past the covering defender, before darting into the box and cutting it to Origi. You know the rest.

Can’t argue with that.

It’s time to enjoy that 94th minute winner from Divock all over again, Reds! 😍 pic.twitter.com/c00VEwq3hZ

Not a footballing moment, this one, but perhaps the most heroic of the lot.

In April 2022, it was revealed that Origi was funding two local Liverpool students through Law degrees at the University of Liverpool, helping, as he put it, to “empower young people to achieve great things”.

The two students, Bushra Ihmaidat and Grace Murphy, both 19, are having their full tuition fees covered by the Belgian player, who is also making a contribution towards their living costs.

Is it possible to love this man any more than we did already?