Careless Whispers: Liverpool to sign Tielemans? You said it! No, you said it! 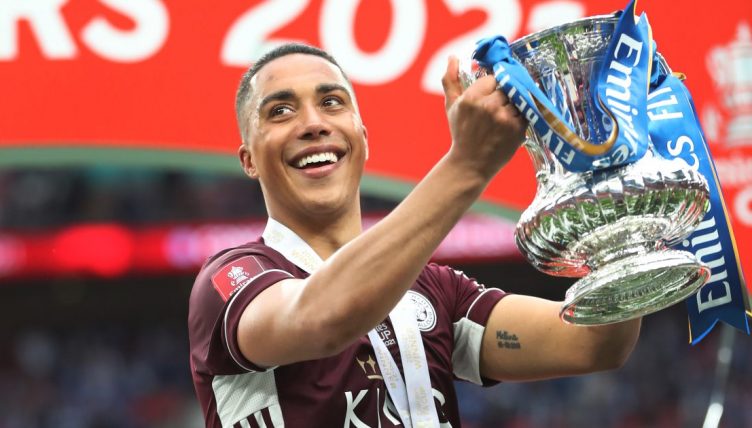 We’re not a news site and we’ve never claimed to be. We’d not be able to tell you anything first, so we’ll leave it to those who can. We try not regurgitate the endless transfer gossip that does the rounds either.

If you’re looking for rumours, there are already plenty of other sites you can go to. We won’t criticise them for it; we’ve all got to make a living somehow. We make no bones about the fact that a lot of what we publish on here are quick reads intended to amuse your brain for five minutes and then be forgotten. And there are loads of people who love a bit of gossip, no matter how tenuous.

We’re not going to say you’d be any better off reading us go over the top about elasticos; it’s just a different way to waste some of your working day.

On which note, you have stumbled across Careless Whispers, a series in which we look at the rumours that are rehashed endlessly but are almost certain to lead nowhere and try to get to the bottom of how they started. You can have a flutter on these moves happening. We would strongly suggest keeping your money in your pocket.

Even though Leicester were pipped to fourth place by Liverpool on the final day, Tielemans had another great season in 2020-21, lifting the FA Cup and scoring a wondercracker in the final. And, with great form comes great rumours of a move to one of Europe’s superclubs.

Yet where or whom exactly this whole Tielemans transfer odyssey came from is a little murky.

Let’s go back. On May 26, Dutch outlet Het Nieuwsblad ran a story with the headline, “Youri Tielemans staat op de lijst bij Liverpool”, which, for those who don’t read Dutch, means, “Youri Tielemans is on the list at Liverpool” (thanks, Google Translate).

The piece read: “Due to the departure of [Georginio Wijnaldum], Liverpool must look for a replacement. One of the names on the list is that of Red Devil Youri Tielemans.”

It went on to cite the Belgian midfielder’s end-of-season tears as evidence that he knew he would be on the move. (We’d probably put it down to the fact that Leicester had just missed out on the Champions League for the second consecutive season, but, hey, we’re not pro footballers so what are we to know?)

Two days after Het Nieuwsblad’s world exclusive – and remember, that was now almost two months ago – The Athletic published a James Pearce piece which stated: “Senior Anfield sources have indicated that signing a replacement for Wijnaldum is not regarded as a necessity.” They’ve got Curtis Jones now and Jordan Henderson’s fit again, so that would make sense.

Yet that measured, informed, sober report did not stop others from picking up the Tielemans story and running with it. The Liverpool Echo was unsurprisingly the first British site on which Het Nieuwsblad’s hot goss reverberated. Then it spread.

Soon it was everywhere and even Gabby Agbonlahor was gracing us with insightful comment. “It’s definitely something Liverpool need to get over the line,” he said, before adding: “I just don’t see Leicester letting him go though, even if the player wanted to go.”

Agbonlahor was right. Leicester really did have no need to release him. And would Liverpool make a silly-money offer? Doubtful. But Tielemans’ performances at the Euros kept him at the top of the football news agenda and the rumours kept swirling.

On July 6, Spanish site Fichajes told us that Klopp “has communicated to [Liverpool] directors that it is necessary to make important signings to be able to compete with Manchester City and Chelsea”. Tielemans was then quite sensually described as “one of Klopp’s desires”. The source? There wasn’t one. Nothing to see here, just a Spanish website running a story on a Belgian footballer supposedly in the middle of a tug of war between two English clubs.

The next day, Belgian outlet Voetbol24 ran the story: “Tielemans agrees and will almost certainly make a super transfer of 75 million.” Almost certainly!? Who says? In the article, they went on to say that Tielemans was “looking forward to it” and stated that their insider knowledge had come from “various British outlets”. Ah, those famously reliable “various British outlets”.

Obviously, that Italian geezer with the startlingly white shirts and the Twitter tagline was consulted – no transfer happens with him knowing first, does it? – and he pointed to the fact that Tielemans is on holiday and when he gets back he’ll probably sign a new contract with Leicester. The new contract, white-shirted man concluded, would make any deal “complicated” (‘complicated’, our sources tell us, is a well-known Milanese euphemism for ‘this is a load of bollocks’).

Yet on July 14, the famously reliable British outlet Mail Online still went with the headline: “Youri Tielemans ‘pushing for £64m move to Liverpool’ with Anfield club ‘set to meet Leicester’s valuation’.” Their source? You guessed it, Voetbol24. You know, the publication citing reports in England.

Who said? They said. No, we said that they said that you said that she said that Tielemans will ‘almost certainly’ be playing in red next season. Ah, we’ve really cracked it now.

On the afternoon of the Mail piece, the Telegraph reported the same thing as the aforementioned Italian Twitter star: Tielemans was negotiating a new contract with Leicester.

Then, on July 15, James Pearce was back with us and he had an update. Tielemans, Pearce acknowledged, has been “repeatedly linked” with Liverpool, but, he said, “that speculation has also been dismissed by insiders”.

News? Well, the same news Pearce had reported about two months ago. But will this be the end? Will we now stop seeing the Tielemans to Liverpool rumours? We doubt it. But may we suggest something? They’re probably not worth clicking on.