All you need to know about Chelsea signing Carney Chukwuemeka 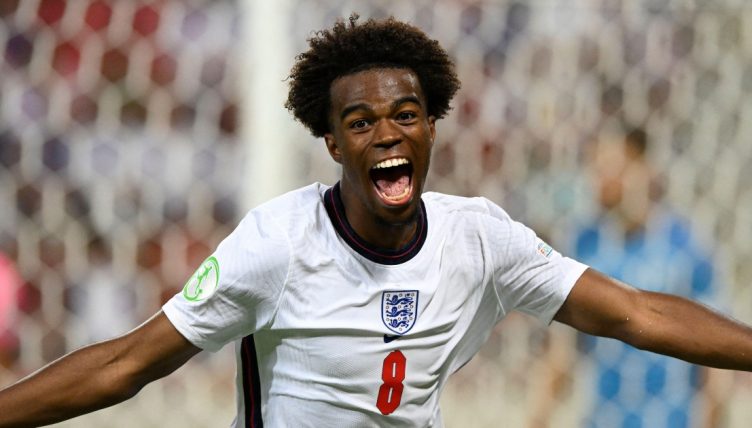 Chelsea have reached an agreement to sign Aston Villa and England under-19 midfielder Carney Chukwuemeka for £20million – and the Blues could have some player on their hands.

Chukwuemeka made 12 Premier League appearances for Villa last season but only started twice and it is understood he is keen to get more top-flight game time.

And the 18-year-old, who was an integral member of the England squad that lifted the Under-19 European Championship this summer, has decided to join Chelsea on a long-term contract.

We’ve collected together everything you need to do about Chukwuemeka and his prospects at Stamford Bridge.

After impressing the youth coaches at Villa Park, he made his Premier League debut at the age of 16 during Villa’s 2-1 win at Tottenham in May 2021, hitting the post within minutes of coming on as a substitute.

Chukwuemeka was named Aston Villa’s 2020-21 Academy Player of the Season shortly after and was part of their FA Youth Cup-winning squad.

He made his first Premier League start at the beginning of last season, with his performance during the 1-1 draw with Brentford labelled “outstanding” by former Villa and England midfielder Paul Merson.

But the midfielder rejected the offer of a contract extension this summer, meaning he was left out of Villa’s pre-season tour of Australia, and the club were resigned to him leaving.

Barcelona had shown an interest, while Borussia Dortmund enquired about signing him and Chukwuemeka was keen to talk to Dortmund about a potential move having seen the opportunities given to the likes of Jadon Sancho and Jude Bellingham in Germany.

But Chelsea have swooped decisively for the talented Chukwuemeka and his reported £100,000 weekly wage makes him the highest-paid teenager in English football.

“He’s been described as one of the best young players in England, the reason Aston Villa have sold him is because he only has a year left on his contract,” Sky Sports News chief reporter Kaveh Solhekol said.

“He was also a part of the England Under-19 side that won the Under-19 Euros last month and he was in the Team of the Tournament.

“When it became clear he wasn’t going to sign a new contract, he was left out of their squad for their pre-season tour. Aston Villa were willing to let him leave as long as they got the right price. From Villa’s point of view, £20million for an 18-year-old player is a good deal.”

Whether they’ll still hold the same opinion in the future remains to be seen.

This Carney Chukwuemeka transfer has come out of nowhere but I’m happy. A talented player with HUGE potential pic.twitter.com/bUEd8269iK

Chukwuemeka is a central midfielder who predominantly operates as a box-to-box No.8 but has also occasionally been deployed in a more advanced attacking position due to his creative qualities.

The 18-year-old is a powerful runner who possesses a rare blend of exceptional close control, intelligent off-the-ball movement and the ability to evade an opposition press with his dribbling.

A quick look at his Premier League numbers last season supports these observations. Chukwuemeka won 54.7% of his duels and completed 60% of his attempted dribbles, which points to a player extremely comfortable with the ball and willing to battle opponents for it.

And Chukwuemeka’s attacking output is impressive for a player who operates at both ends of the pitch, netting 13 goals and providing 13 assists in 54 outings for Villa’s Under-23 and Under-18 sides.

All this suggests that Thomas Tuchel should feel comfortable deploying Chukwuemeka in a variety of midfield positions.

“Off the pitch, I’d say I’m bubbly and good to be around. I like to make a lot of jokes and have a good time. I’m good company.”

He also said: “Football is always going around in my head. I’ll be analysing my performance whether that was in training or in a game.

Chukwuemkea has been compared to Jude Bellingham by coaches at Borussia Dortmund, with the Daily Mail reporting that the Bundesliga club see key similarities in their playing style.

“Me and Jude have known each other for a few years,” the midfielder told Soccer Bible. “What he is doing now is inspiring me in a big way to do more. I’m particularly driven by him.

I’ve felt how he can drive me and motivate me. I’d love to get into that position so that I can help show the next player what can be done.” 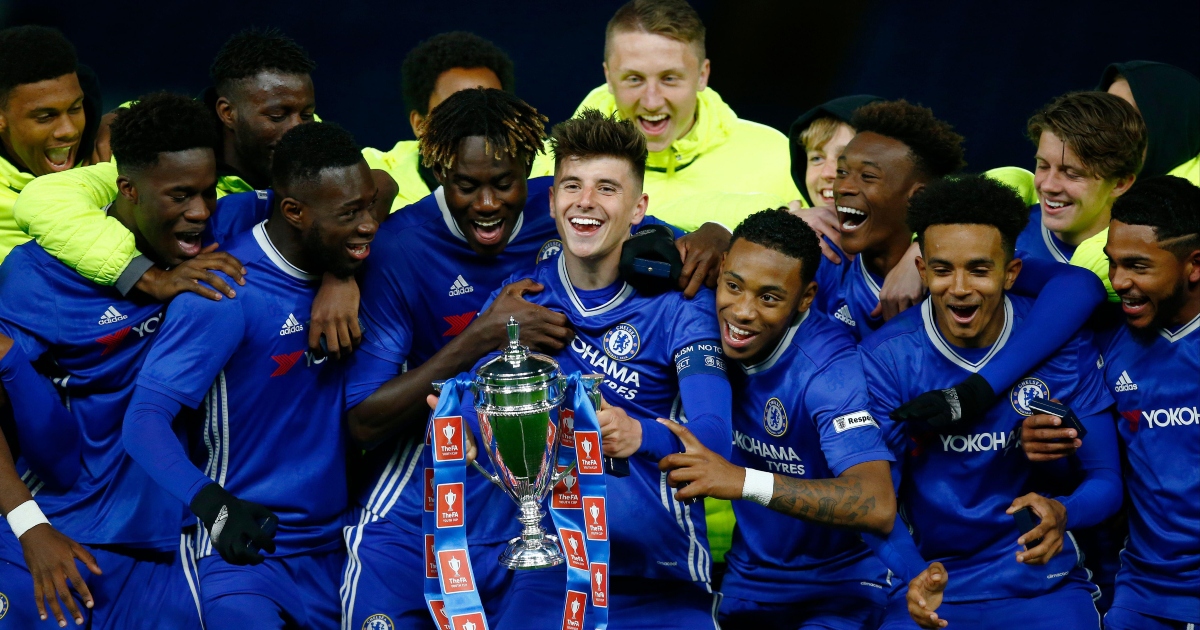 – After watching Chukwuemkeka’s full Premier League debut in 2021, Merson told Sky Sports viewers:  “He has got a bright future. First-half, he was outstanding.

“He was gliding across the pitch. 17 years old, you are playing in the Premier League in the centre of midfield. I mean that’s a big ask.

“He will be an absolute star. He glides across the pitch. He is a nice size. He gets on the ball. He looks for it and makes runs without the ball.”

–  After Chukwuemeka came off the bench in Aston Villa’s Premier League game against Liverpool in May, Villa boss Steven Gerrard said: “I think again me and my staff have shown huge trust putting an 18-year-old in but we wouldn’t do it if we didn’t think he was ready or had the ability to cope.

“It will be a good experience and a learning one for him being on the pitch around so much quality.

“In training he has been fantastic. I’ve said many times if these kids deserve to go on the pitch ahead of those who are older, I’ll put them on.”

– Sky Sports News reporter Melissa Reddy told viewers: “Chukwuemeka is a very good player. At 16, he was deemed the best 16-year-old in the country, he was already starting for Villa’s Under-23s and is the gem of their youth system, who they’re very proud of.

“Chelsea have got themselves a kid who has extraordinary vision, so composed in possession, dribbling awareness and has real surety in himself.

“I’m excited to see how he develops if he gets the opportunity to advance as he has done at Villa.”