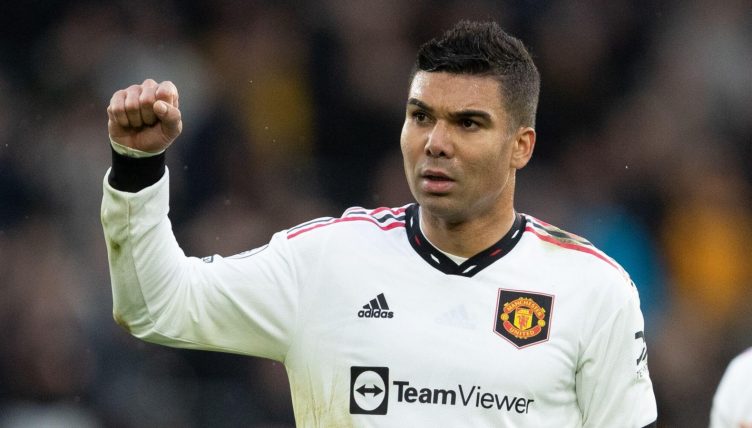 Casemiro’s suspension for Sunday’s Premier League showdown against Arsenal is going to cause Manchester United no end of trouble.

His summer departure from Real Madrid has transformed the fortunes of both the club he left and the one he joined.

The Brazil international was one of United’s marquee signings and arrived at Old Trafford in search of a new challenge, having won five Champions Leagues and three La Liga titles across his 10 seasons as a Madrid player.

Erik ten Hag’s Red Devils have seen their form turn around completely since Casemiro began starting regularly back in October, while Real Madrid are faltering somewhat in their bid to retain their crown as the champions of Spain.

Toni Kroos has explained how Los Blancos have struggled to adapt to his absence this season.

“I was surprised by Casemiro’s departure. It is true that the rumours started two days before, but here there are always many rumours and many times nothing happens. But when he told me I was sad, because I began to remember all the years with him and the things we win together,” Kroos told Spanish TV programme Universo Valdano.

“My role has changed a little with Aurelien [Tchouameni] arriving, because he comes out of his position a little more than Case did. That forces me to defend a little more, but I also like it. It doesn’t change me too much, although maybe it’s a little more defensive.

“In general, it doesn’t affect me much, I play my game. I like contact with the ball, of course. Always I say that I prefer to touch the ball 100 times and not score than touch it 40 times and score. That way I feel comfortable and it helps me to start the attack well. And of course, I also like to arrive into the box to shoot. But there are more players on the team who can do that and fewer who go back to defend and help out.”

Here are nine stats that illustrate how Madrid are struggling without the 30-year-old midfielder this season – and how much Man Utd might potentially miss him this weekend following a fifth yellow card of the season for a foul on Wilfried Zaha in the 1-1 draw against Crystal Palace on Wednesday night.

– Madrid essentially broke the back of their La Liga title charge at this stage of last season with a run of seven successive league wins from late October through to mid-December. Casemiro started in every single one of those wins and was a near ever-present through that run.

– Last season, Casemiro ranked 9th in La Liga for tackles (79). This season, Madrid don’t have a player in the top 30 tacklers in La Liga.

– Casemiro also ranked ninth for touches in La Liga last term and fifth for passes into the final third.

– In the 3-1 Super Cup final defeat to Barcelona last weekend, Ancelotti’s side struggled to get a foothold against Barcelona’s midfield diamond. The quartet of Sergio Busquets, Frenkie de Jong, Gavi and Pedri registered over 350 touches. By contrast, Ernesto Valverde, Luka Modric, Toni Kroos and Eduardo Camavinga (plus substitute Dani Ceballos) registered just 217 touches –– (49% fewer). They were missing a presence in midfield to disrupt Barcelona’s rhythm.

– Compared to the same stage last season, Madrid have only actually taken one fewer point from the same number of games (16).

For what looks set to be a gruelling title tussle, they could certainly have done with the quality and experience of the Brazilian.

– Since Casemiro came into Erik ten Hag’s starting XI in October, United have picked up 27 points from 12 games – no side in the Premier League has over the same period.

READ NEXT: The 7 Real Madrid players currently set to leave on a free this summer