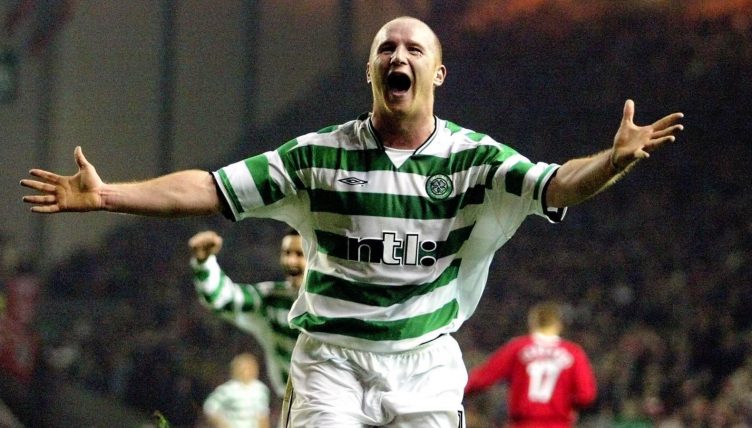 A new piece of British and European football history will be made on Tuesday night as Liverpool take on Rangers in a competitive fixture for the very first time.

The Scottish outfit are in the midst of a 150th year anniversary, but the list of English opponents on their resume is not as long as you may think.

In fact, the Gers have only ever faced Leeds United, Manchester United, Newcastle United, Wolverhampton and Tottenham throughout their time in European competitions.

Celtic also boast a relatively short list of English opponents, meaning that when whenever Scotland’s powerhouses come up against their English rivals, it always makes for a special occasion.

Here, we take a look at the last 14 times Celtic or Rangers have taken on their British rivals.

On that occasion, Brendan Rodgers’ side were dropped into the group of death alongside Barcelona, Borussia Monchengladbach and Manchester City.

The Scottish champions had been out of the competition for two years, and they marked their return with an emphatic 7-0 defeat at Camp Nou.

Next up was a clash with the Citizens who had just employed Pep Guardiola. The Spaniard kicked off his new role with 10 straight competitive victories ahead of the visit to Glasgow.

Despite the seismic challenge, Celtic stepped up and took the lead after three minutes, with Moussa Dembele getting on the scoresheet.

Fernandinho equalised eight minutes later, though a Raheem Sterling own goal reaffirmed Celtic’s advantage. The England international made amends moments later by finding the correct net to make it 2-2.

Dembele scored again in the second half, though Celtic couldn’t hold on for the win, with Nolito helping Guardiola avoid his first defeat.

Nevertheless, all the UK betting sites would have made City favourites to win this game at a canter – just as Liverpool are favourites to ease past Rangers – and this result proved that when it comes to these Anglo-Scottish affairs, anything can happen.

Two months later, the two teams clashed at the Etihad. Guardiola’s shine had somewhat evaporated following defeats against Tottenham, Chelsea and a 4-0 drubbing away in Barcelona.

Celtic opened the scoring in the fourth minute through Patrick Roberts, though City once again fought back and secured the draw with a Kelechi Iheanacho equalizer.

🎥 On this day last year, @MDembele_10 scored twice as Celtic and Manchester City played out a thrilling 3-3 draw in the Champions League pic.twitter.com/WTuV6o9nmr

Rangers entered the 2010-11 Champions League group stage hoping to improve on their performance in the competition the year prior.

Walter Smith’s side picked up just two points and finished bottom of the group after a disappointing campaign.

There was, of course, another major motivating factor, considering this time they had the chance to play English giants Manchester United.

At the time, United striker Wayne Rooney was on the front pages of tabloids following an alleged affair.

England’s record goalscorer was making his return to the team against Rangers, though his presence failed to inspire a flat United side. Instead, it was a dogged performance from the Gers which saw them draw 0-0 at Old Trafford.

The two teams clashed again two months later. By that time, United found their groove and were about to go top of the Premier League table.

Rangers were similarly deadly in Scotland, though they couldn’t replicate their form in the Champions League as Rooney’s 87th-minute penalty handed United a 1-0 victory at Ibrox.

Despite the result, the atmosphere in Glasgow certainly left a mark on the players. United defender Gary Neville has since gone on to hail that game as the loudest atmosphere he ever experienced.

Having finished fourth in the league, Arsenal’s path to the Champions League group stage was blocked by a play-off clash with Celtic.

The Scots, led at the time by Tony Mowbray, got the better of Dynamo Moscow in the earlier qualifying round to set up the two-legged play-off with the Gunners.

Over 58,000 filled Celtic Park in the opening game, though despite the noise, Arsene Wenger’s crafty side walked away as the 2-0 winners.

Eight days later, Arsenal unleashed more misery on the Hoops with a 3-1 victory at the Emirates.

Eduardo, Emmanuel Eboue and Andrey Arshavin were the goalscorers before Massimo Donati bagged a late effort to avoid a total whitewash.

A year earlier, Celtic competed in the Champions League group stages under the leadership of Gordon Strachan.

As well as being drawn with Danish side Aalborg and La Liga’s Villarreal, the Scottish champions also collided with Manchester United.

The opening meeting took place towards the end of October, with the Red Devils powering to a 3-0 victory. Dimitar Berbatov’s brace was complemented by Rooney’s 76th-minute goal as Celtic returned up north empty-handed.

A few weeks later, the two sides clashed at Celtic Park with almost 59,000 in attendance.

The home side took the lead in the 13th minute through Scott McDonald and appeared to be heading for a famous victory.

However, their hopes were ultimately dashed by Ryan Giggs whose 84th-minute equaliser secured a point for Sir Alex Ferguson’s side.

Manchester United enjoyed a particularly dominant season in 2006/07, with only 10 clubs managing to beat the Red Devils across all competitions.

One of those clubs was AC Milan. Another was Southend. Celtic also joined that elusive list, following their exploits in the Champions League that year.

The warning signs were there from the first encounter between the two clubs. Old Trafford hosted the first of the two matches, with a second-half Ole Gunnar Solskjaer goal sealing a 3-2 win for the Red Devils.

The rematch, which took place towards the end of November, was a similarly close affair, but one which went down in Celtic folklore.

Shunsuke Nakamura put his side in front with a 30-yard free kick, just nine minutes from time.

With Celtic seemingly heading for victory, United were given a late lifeline in the form of a last-minute penalty. Luis Saha stepped up but saw his effort saved by Polish goalkeeper Artur Boruc.

That save sealed Celtic’s place in the knockout stages for the first time since the revamp of the competition.

Shunsuke Nakamura crowned one of the great European nights at Celtic Park against Manchester United 🍀pic.twitter.com/SPGNIsakQG

Rangers made a solid start to their 2003-04 Champions League campaign after knocking out FC Copenhagen in the play-offs. They followed that up by picking up four points in their opening two games against VfB Stuttgart and Panathinaikos.

That, however, was as good as it got for Alex McLeish and his side. Things began to deteriorate following a 1-0 defeat to Manchester United at Ibrox.

The atmosphere made for a special occasion, though it was a sole effort from Phil Neville which sealed the win for the Red Devils.

This was also the first time United boss Ferguson had come up against Scottish opposition in a competitive match since arriving in Manchester.

A few weeks later, the two sides met at Old Trafford though, on this occasion, the match was far from competitive.

Goals from Diego Forlan and Ruud van Nistelrooy helped the hosts to a 3-0 hammering and left Rangers tittering on the edge of Champions League elimination.

The Scots subsequently lost against VfB Stuttgart and Panathinaikos as their European campaign came to a crushing end.

At the age of 40, Diego Forlán has officially called time on his playing career…

This volley against Rangers was a thing of beauty 😍🔥 pic.twitter.com/x3v9YqvmE2

Celtic’s last major European final came all the way back in 2003. Martin O’Neill’s took on FC Porto in Seville, though it was the Portuguese outfit which claimed the UEFA Cup with a 3-2 extra-time triumph.

On their way to the final, Celtic had to overcome a number of stiff challengers, including Liverpool.

Gerard Houllier helped the Reds to the Champions League quarter-finals a year earlier, and he was hoping to go a step further in the following season.

Instead, his men finished third in the group and were subsequently moved to the UEFA Cup knockout stage.

After getting the better of Vitesse Arnhem and Auxerre, Liverpool turned their focus onto Celtic.

The opening leg proved a tense occasion, with Henrik Larsson and Emile Heskey scoring the goals in a 1-1 draw in Glasgow.