The top 10 U21 goalscorers in CL history: Haaland, Mbappe, Messi… 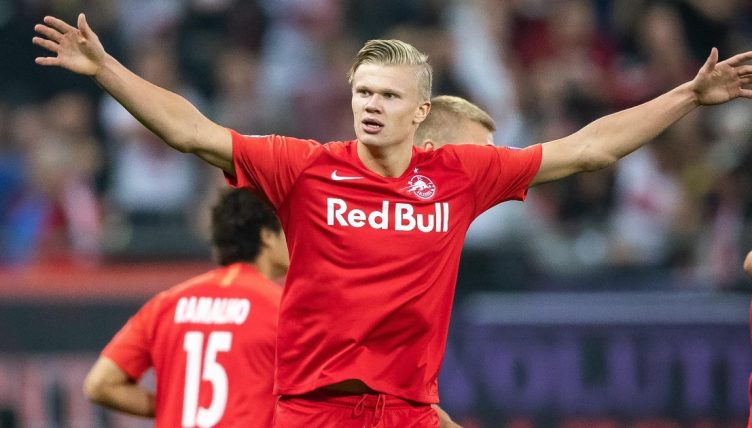 Most players strive throughout their whole career to feature in the Champions League and don’t succeed. But a select, elite group are simply special and embrace the pinnacle of club football effortlessly – even at an early age.

The Champions League has seen countless world-class attack-minded players grace the competition over the years, but only a few stars have lit up the big stage as fresh-faced youngsters.

We’ve taken a closer look at the 10 stellar names who have scored the most goals in the Champions League before the age of 21.

Henry scored five more times for the French side in the competition that season as they reached the semi-final stage.

After heartbreakingly losing the Champions League with Arsenal in 2006, the Premier League great won the competition under Pep Guardiola’s stewardship three years later.

The former Aston Villa striker played for Rosenborg and Valencia in the Champions League, and he was a goal threat in the competition even at a young age.

Carew was a star in the European tournament once upon a time.

Well done if you identified the earlier #UCLGuessWho as John Carew, who was a #UCL runner-up with Valencia in 2001. pic.twitter.com/2HM1XomEOJ

The former Argentina international was destined to shine in Europe when he arrived at Barcelona from River Plate as a highly-rated 19-year-old.

Saviola scored eight goals in the Champions League following his debut in the competition in the 2001-02 season. He ended up firing in three more for Barca in the 24 games he played for the club in Europe.

He later scored in the Champions League at least once with three more teams – Monaco, Malaga and Olympiacos – over the course of his trophy-laden career.

This impressive tally included a hat-trick over Hungarian outfit Ferencvaros. At 18 years and 114 days, Raul became the youngest player to score a treble in the competition – and this record still stands nearly 30 years later.

The three-time Champions League winner scored a further 64 times for Madrid in Europe’s elite tournament, and he added three more for Schalke in the twilight of his career in the German club’s 2010-2011 campaign.

It was pretty obvious that arguably the greatest player of all time would be one of the 10 on this list, the only surprise being that he didn’t score more.

Panathinaikos were Messi’s first of many Champions League victims as an 18-year-old in November 2005. The four-time competition winner bagged in a 5-0 demolition at the Camp Nou – dinking over the goalkeeper in his typical genius fashion before slamming into the roof of the net.

Fast forward 17 years, the current PSG forward is second on the list of all-time Champions League scorers – a tally of 125 only bettered by Cristiano Ronaldo.

You’d hope Messi will get a couple more chances to dazzle on the European stage in Paris to bring the curtain down on a breathtakingly brilliant career in style. 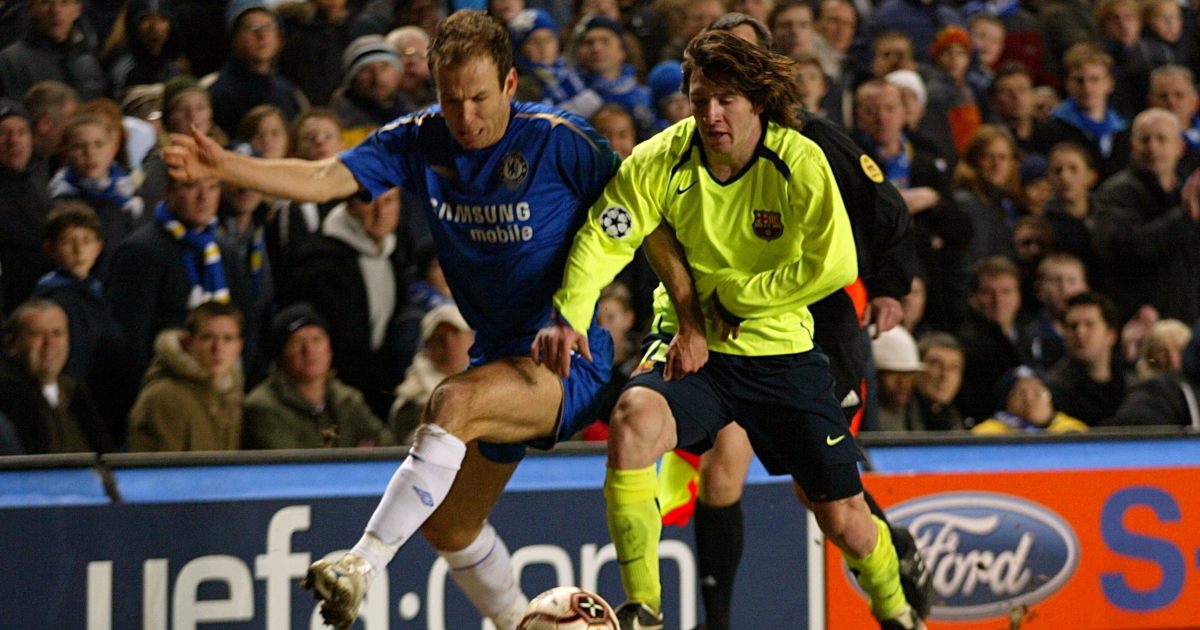 When the former Nigeria international was loaned to Premier League relegation fighting Birmingham City from Rubin Kazan in January 2011, his days shining on Champions League nights for Italian giants Inter Milan must have seemed like a distant dream.

But Martins played four Champions League campaigns from 2002 to 2006 at the Serie A club and scored 9 goals in 25 appearances for Inter in the competition.

Kluivert doesn’t boast the record for the most goals scored by a player in the Champions League under 21, but his winning goal for Ajax in the 1995 final was the most important netted by any teenager in the competition’s history.

At just 18, the former Netherlands international was introduced by Louis van Gaal as a 70th-minute substitute in the showpiece fixture with AC Milan, and his 85th-minute toe-poke finish clinched a 1-0 victory for the Eredivisie side.

“In the final, we [Ajax] were playing Milan for the third time, so the two sides knew each other very well,” Kluivert said in a recent interview.

“I came on in the 70th minute and scored the winner – I was only 18 years old and had already achieved one of the biggest dreams any footballer can have. It was amazing.”

The 45-year-old later starred for Barcelona in the Champions League, but he would never repeat his heroic feat of 1995 – he didn’t get his hands on the coveted big-eared trophy again. 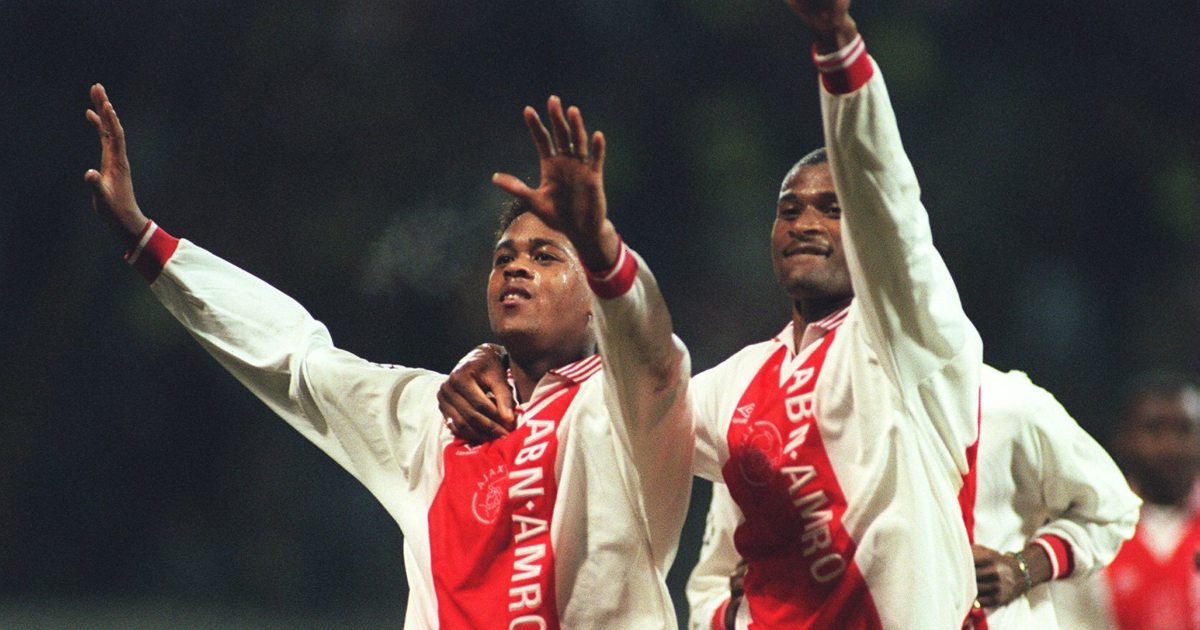 Benzema immediately showcased his incredible goalscoring expertise – he’s fourth on the all-time Champions League leading scorer list – as he netted a deadlock breaking goal 13 days shy of his 18th birthday on his debut in the competition for Lyon.

With the France international tormenting Europe’s best defenders, as he found the target for fun, Real Madrid soon snapped up his signature in 2006. He’s won four Champions League crowns since his arrival at the Bernabeu.

The 34-year-old’s hat-tricks against PSG and then Chelsea in this season’s competition have seen Benzema twice become the oldest player to achieve this feat in the Champions League.

Mbappe rose to Champions League stardom during Monaco’s impressive 2016-17 European campaign – his assist-making and goals were a big reason why the French side reached the semi-finals.

Since his transfer to PSG, the France international has continued to be a leading light in the competition for a club who have failed to win the title they have long-desired.

“It’s a difficult moment. The Champions League was a great objective, but we failed,” Mbappe wrote on Instagram after PSG’s latest elimination against Madrid this season.

It’s unimaginable that the forward will go too much longer without winning the Champions League, even if he has to move club to achieve it.

He's already been lighting up the Champions League for four seasons!

The 21-year-old became the first teenager to score a hat-trick on his Champions League debut since Wayne Rooney in 2004 as he helped Red Bull Salzburg to an emphatic win over Genk in September 2019.

Haaland finished the 2020-21 Champions League campaign as the competition’s top scorer with 10 goals for a Borussia Dortmund team that reached the quarter-final stage.

You wouldn’t bet against the Norway international propelling his way to breaking the all-time Champions League goalscoring record by the time he retires.