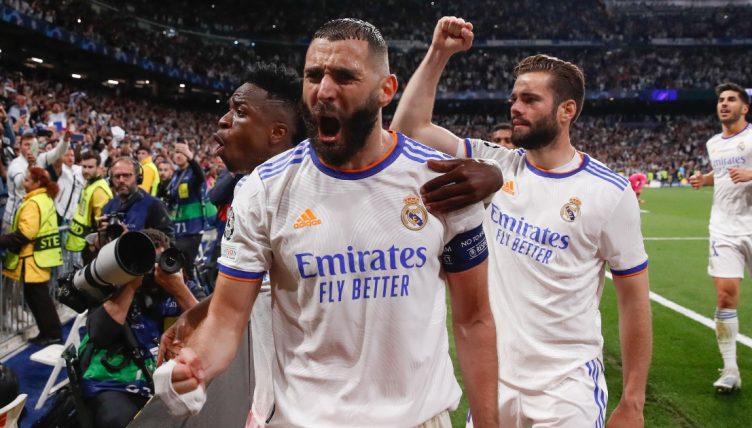 Lionel Messi and Cristiano Ronaldo are almost certainly the two greatest players in the history of the Champions League – but Karim Benzema has achieved a feat they’ve never quite managed.

The two legendary forwards are clear ahead as the top two goalscorers – both overall and in the knockout stages – in Champions League history, but neither have ever scored in both legs of the quarter-finals and semi-finals in the same season.

Given his heroics in Real Madrid’s insanely dramatic run to the 2021-22 final, you might even argue that Benzema is enjoying the best-ever Champions League campaign by an individual.

But who are the three others that have scored in all four of the semis and quarters? Here’s the list in full.

King Karim has been quite simply extraordinary in 2021-22. He’s scored 43 goals – one more goal than Wolves this season, fact fans – and has been Real Madrid’s outstanding player by a country mile as they’ve wrapped up the La Liga title with weeks to spare and reached their first Champions League final since the departure of Cristiano Ronaldo.

Not only did he score all three goals as Madrid came back to beat PSG in the Round of 16, but he followed that up with another hat-trick against Chelsea – becoming only the fourth player to score successive three-goal hauls in the knockout stages.

Benzema then scored as Madrid rode out Chelsea’s comeback in the second leg of the quarters, before notching twice more against Manchester City in the first leg of the semis. He also dispatched the ultimately decisive penalty in extra-time of the semi-final second-leg. 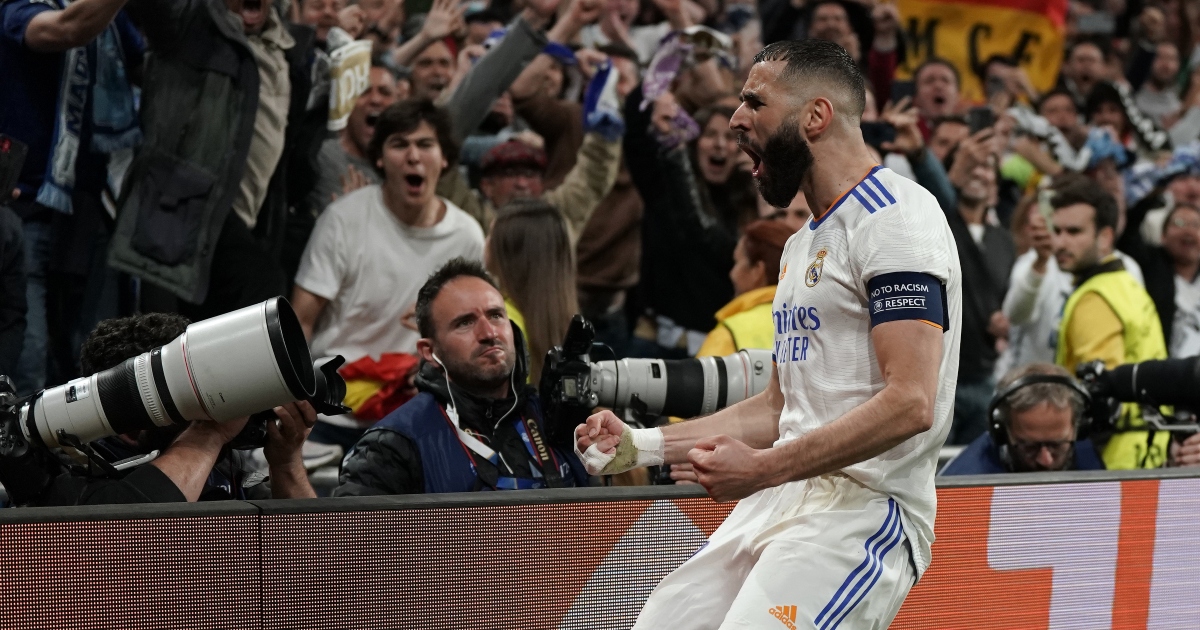 The Messi-Neymar-Suarez trident back scored a ridiculous 122 goals between them as Barcelona claimed the treble back in 2014-15.

Twenty-seven of those goals came in their Champions League campaign, in which Messi and Neymar finished level with Cristiano Ronaldo as the top scorer with 10 apiece.

Neymar often proved the man for the big occasion that year. He scored three goals over two legs against PSG in the quarters and another three in their 5-3 aggregate victory against Pep Guardiola’s Bayern Munich in the semis.

The Brazil international also added one for good measure in the final, notching the third goal on the break in the dying seconds of Barca’s 3-1 victory over Juventus at the Olympiastadion in Berlin.

Arguably Roma’s most vital player during their memorable run to the Champions League semi-finals in 2017-18, Dzeko delivered on the big stage.

He scored what looked to be a mere consolation in their 4-1 defeat to Barcelona in the first leg of the quarter-final tie. But that away goal proved crucial in their progression, and it was the striker that sparked the second-leg remontada with a goal in the sixth minute of their 3-0 second-leg victory at the Stadio Olimpico.

Dzeko also scored home and away in the bonkers 7-6 aggregate defeat to Liverpool in the semi-finals.

However, his greatest individual showing came not with Los Blancos, but on loan with Monaco in 2003-04. The former Spain international finished as the Champions League’s top scorer with nine goals; a season in which he was also named UEFA Forward of the Year and in the Ligue 1 team of the season.

He fired Didier Deschamps’ side to an unlikely final that year, scoring home and away against his parent club in the quarters and then repeating the trick against Chelsea in the semis before drawing a blank against Jose Mourinho’s Porto in the final.