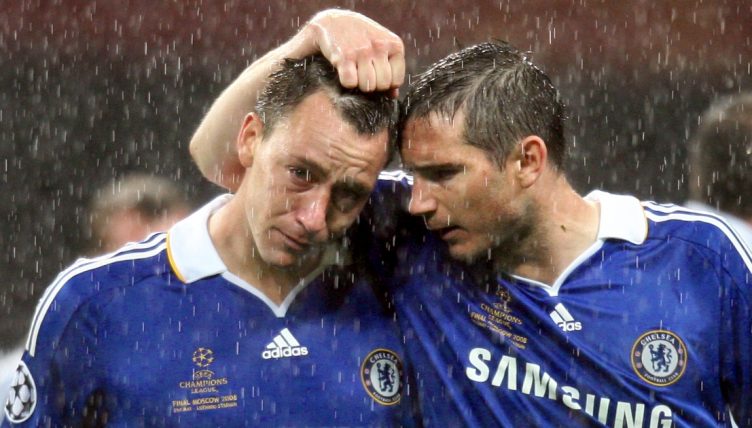 Jurgen Klopp was in a defiant mood following Liverpool’s 1-0 defeat to Real Madrid in the Champions League final, promising that his side will bounce back from the major disappointment in Paris.

Liverpool have reached more Champions League finals than any other side in the Premier League era, winning two and losing three. Klopp believes there’s more to come – maybe even next season.

“I have a strong feeling we’ll come again,” the Liverpool manager told reporters following the loss at the Stade de France.

But how have Premier League sides in the past responded to the ultimate disappointment? In a range of ways…

Pep Guardiola’s side already had already wrapped up the Premier League title and League Cup when they faced Chelsea at the Estadio do Dragao.

Chelsea themselves waited nine years to first win the Champions League following Roman Abramovich’s game-changing takeover. In that time there was a number of heartbreaking semi-finals exits, and of course that runner-up finish with the John Terry slip in 2008.

And another nine years later, they won their second at City’s expense.

But they couldn’t quite make it over the line, left frustrated by Thomas Tuchel’s well-drilled Blues and caught out by a well-worked Kai Havertz goal on the counter – much in the same manner Liverpool just to Madrid.

Despite losing their all-time record goalscorer Sergio Aguero and failing to land Harry Kane – or any striker at all – City brushed themselves off and bounced back, retaining their Premier League crown after pipping Liverpool by just a point in 2021-22.

Having knocked out the champions of Portugal, Sporting, and the champions of Spain, Atletico Madrid, they came five minutes away from booking a second successive Champions League final – but they couldn’t stop Rodrygo or stand in the way of Real Madrid’s destiny in a madcap injury-time at the Bernabeu.

Mauricio Pochettino cried tears of joy and praised the glory of football after Spurs’ unforgettable comeback victory over Ajax in the 2018-19 semi-finals, but they were unable to make it that one step further.

An early Mohamed Salah penalty gave Liverpool control in the 2019 final. With Virgil van Dijk at his very best in the Reds’ backline and Harry Kane looking off-colour after rushing back from injury, Klopp’s men were never going to let it slip. A late Divock Origi strike sealed a 2-0 victory for Liverpool against their Premier League rivals.

That was unfortunately as close as Pochettino’s Spurs would come to glory. The Argentinian was sacked five months later and replaced by Jose Mourinho – who could only lead them to sixth in 2019-20 and was sacked after their top-four charge fell away the following year.

They’re back in the competition again next season. Can Antonio Conte make them contenders again?

The tears that followed it all 💙

After heartbreak in Kyiv – best-remembered for that Sergio Ramos challenge on Salah and those Loris Karius mistakes – Liverpool gave a masterclass in how to rebound.

That year they also reached a tally of 97 Premier League points – a total only ever bettered three times; once themselves when they’d finally win it the following year, and once the same season by champions City, who finished a point ahead at the top of the table.

“They’re the best in Europe, no question about that. In my time as a manager, I would say they’re the best team we’ve faced,” Sir Alex Ferguson said after their 3-1 defeat at Wembley to Guardiola’s all-conquering Barcelona.

“Everyone acknowledges that and I accept that. It’s not easy when you’ve been well beaten like that to think another way. No one has given us a hiding like that.”

Ferguson would stay two more years. In 2011-12 they suffered a shock elimination at the group stage before being defeated by Marcelo Bielsa’s Athletic Bilbao in the Europa League Round of 16, while Sergio Aguero’s last-minute winner against QPR denied them the league title.

The legendary manager waved goodbye after emphatically delivering a 13th Premier League title, but his last European campaign ended in controversy and disappointment – with Luis Nani sent off against Jose Mourinho’s Real Madrid in the Champions League Round of 16. 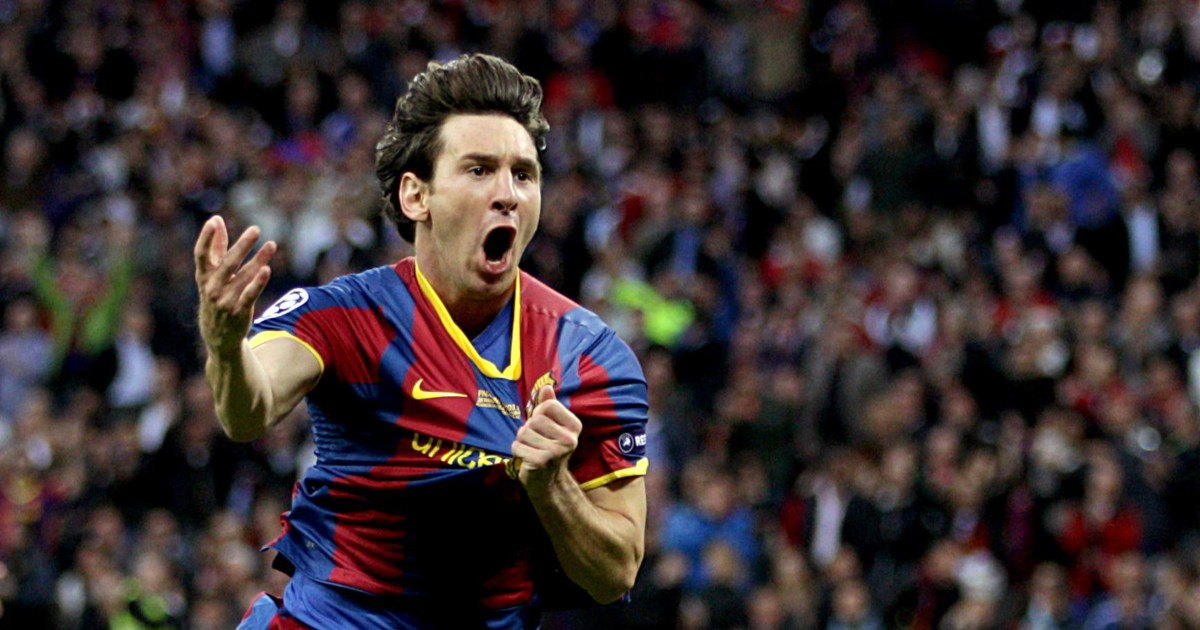 Having won it the year before, Manchester United became the last member of the old ‘Sky Four’ to suffer a defeat in the Champions League final in as many years.

Ferguson’s men had an opportunity to become the first side in the Champions League era to retain the trophy but they came up against a special treble-winning Barcelona side, losing 2-0 in Rome.

The 2009-10 campaign would be one of disappointment for the Red Devils. They did win the League Cup but finished runners-up in the league – after winning three in a row – to Chelsea and went out on away goals to Bayern Munich in the Champions League quarter-finals.

One spot-kick away from beating Manchester United on penalties, Chelsea fans could be forgiven for thinking it was never going to happen after Terry’s foot gave way.

They did, of course, eventually get their hands on the trophy four years later. But there was more frustration to come, not least in their 2008-09 semi-final elimination to eventual winners Barcelona. 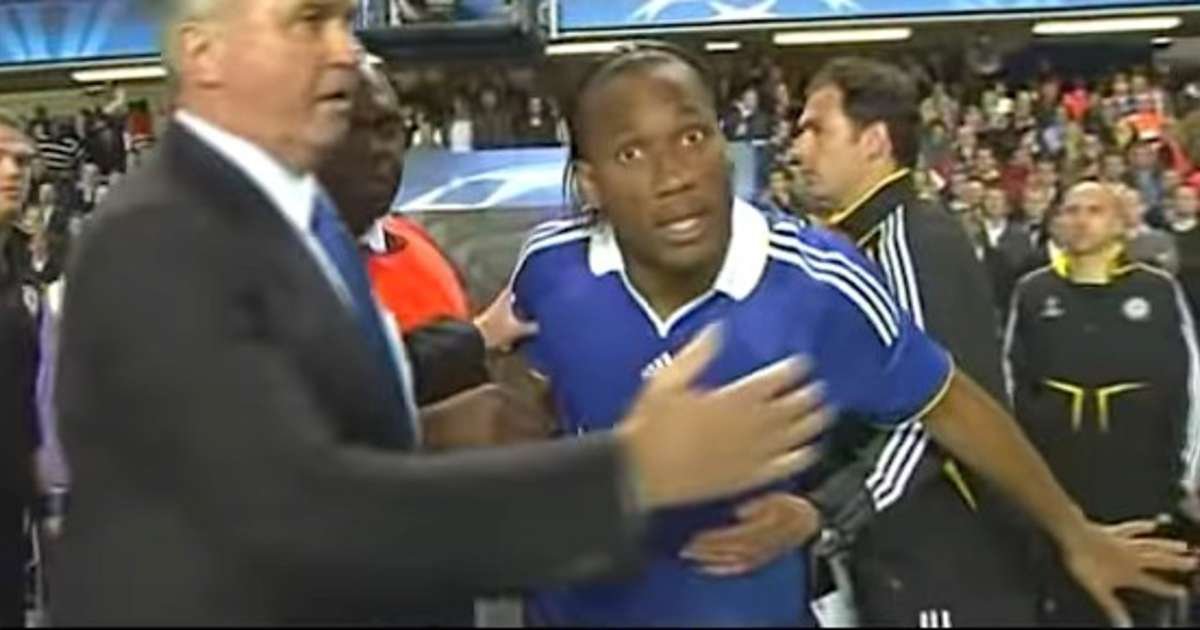 READ: A forensic analysis of every referee mistake in Chelsea-Barcelona, 2009

Rafael Benitez’s Liverpool were regular fixtures in the Champions League latter stages and this continued after being defeated by AC Milan.

The 2007-08 campaign proved largely forgettable in terms of domestic matters for the Reds, but they knocked out Inter and Arsenal en route to the Champions League semi-finals, where they pushed familiar foes Chelsea all the way to extra-time – but late goals from Didier Drogba and Frank Lampard denied them a history-making bout with Manchester United.

Chelsea also knocked Liverpool out during their 2008-09 campaign – a truly ridiculous 7-5 on aggregate in the quarters – and that would prove their last memorable European run until the arrival of Klopp six years later.

Arguably the biggest “what if?” in the proud history of Arsenal. Leading Barcelona until the 76th minute in the 2006 final… Arsene Wenger’s 10-man Gunners couldn’t quite hold out. That would be as close as they’d ever come to European glory.

A defeat that set the tone for Arsenal’s underwhelming Emirates era.

A round of 16 exit to Liverpool followed in 2006-07 – something that became a familiar story. Arsenal would go on to be eliminated at that stage of the competition in eight of the 11 seasons following their runner-up finish at the Stade de France.