Benfica next? 8 teams who upset the odds to reach the UCL semi-finals 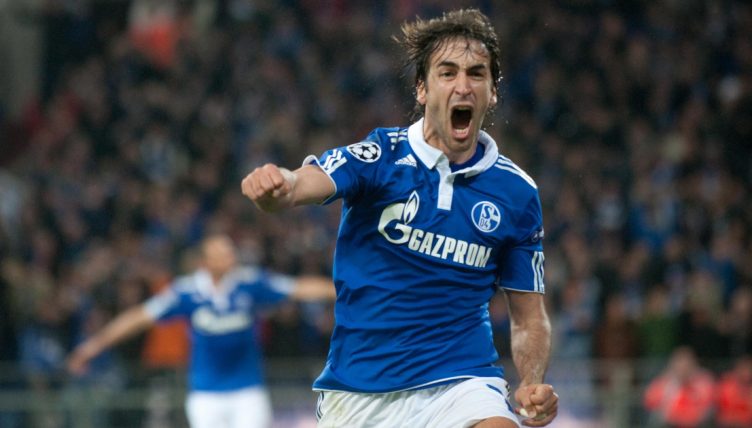 Benfica caused an upset when they beat Ajax to reach the Champions League quarter-finals for the first time in 10 years, and have been given a tough draw against Liverpool.

Reaching the Champions League semi-finals is an impressive feat for most teams, but if Benfica make it past Jurgen Klopp’s side, it will go down as one of the biggest shocks in the history of the competition.

Whenever a team strikes gold and goes on an unexpected run in Europe, there is always excitement. A smaller team with less resources or star players than the likes of Barcelona, Real Madrid and Bayern Munich showcasing their style and turning over a giant is what makes the Champions League essential viewing.

There have been a number of iconic European runs over the years, where the biggest teams folded and clubs shocked the world to be one tie away from the final.

Even though some of these teams fell just short of being 90 minutes from glory, some of the players and games on these runs will go down in history. Here are eight of the best ones.

Dynamo Kyiv were at the very peak of their powers in 1999. Winning a domestic league and cup double with ease, the Ukrainian side beat Arsenal and Real Madrid on their way to the semi-final, where they lost 4-3 to Bayern Munich on aggregate.

A certain Andriy Shevchenko came along and hit 28 goals that season, including eight in the Champions League, to help his club achieve such success, and this earned him his big move to AC Milan the following season.

Leeds United are a club steeped in history, and before the financial struggles, they were a threat in Europe.

One of their greatest campaigns came in 2001, where Leeds smashed their way to the semi-finals before losing to Valencia, but the cup run was a memorable one.

Mark Viduka scored 22 in all competitions as David O’Leary led Leeds past Deportivo La Coruna in the quarter-finals, with a 3-0 victory at Elland Road in the first leg enough to get them through despite a 2-0 away loss a few weeks later.

Ian Harte, Alan Smith and Rio Ferdinand all scored in the first leg, and Ferdinand, who would make a big-money move to Manchester United, remembers the night fondly.

“It was amazing. The noise that used to be generated in there, the fans, the passion,” he stated in January 2021.

“I scored a goal, the third goal I think it was against Deportivo at Elland Road, a header, that was one of my best memories here at the club probably.”

Nights like that will live in the memory of Leeds fans forever.

Deportivo La Coruna would get over their loss to Leeds three years later, when Javier Irureta took them to the semi-finals, where they lost to Jose Mourinho’s eventual winners Porto.

After beating Juventus home and away in the first knockout round, Deportivo came up against AC Milan, and all hope looked lost after a 4-1 away defeat in the first leg, with goals coming from Kaka, Shevchenko and Andrea Pirlo.

#OnThisDay in 2004, Deportivo beat Milan 4–0 to make it 5–4 on aggregate, and reach the Champions League semi-finals. Watch Walter Pandiani leave Maldini and Dida with no chance for the first. pic.twitter.com/M5bRdc8OnQ

Villarreal, like Benfica, upset the odds to reach the 2022 quarter-finals, beating Juventus 4-1 on aggregate, and will be hoping to make their first semi-final since their infamous tie against Arsenal in 2006.

Manuel Pellegrini had taken the club, who yield from a tiny town in Castellon, just north of Valencia, agonisingly close to European glory, beating Rangers in the first knockout round, before progressing beyond Inter Milan on away goals in the quarters.

A 2-1 loss at the San Siro was turned on its head with a 1-0 victory at El Madrigal, and Diego Forlan’s first-minute goal in the away leg proved vital, which set up the meeting with Arsenal.

After a 1-0 loss at Highbury, Villarreal had a golden chance to turn the tie on its head when they were awarded a late penalty, but Jens Lehmann saved Juan Roman Riquelme’s spot-kick, and the Yellow Submarine were out.

Despite the gutting loss, it was one of the biggest accomplishments in the short history of the club, and Unai Emery’s current side will be aiming to spring a similar upset to beat Bayern Munich to reach the semi-final again. 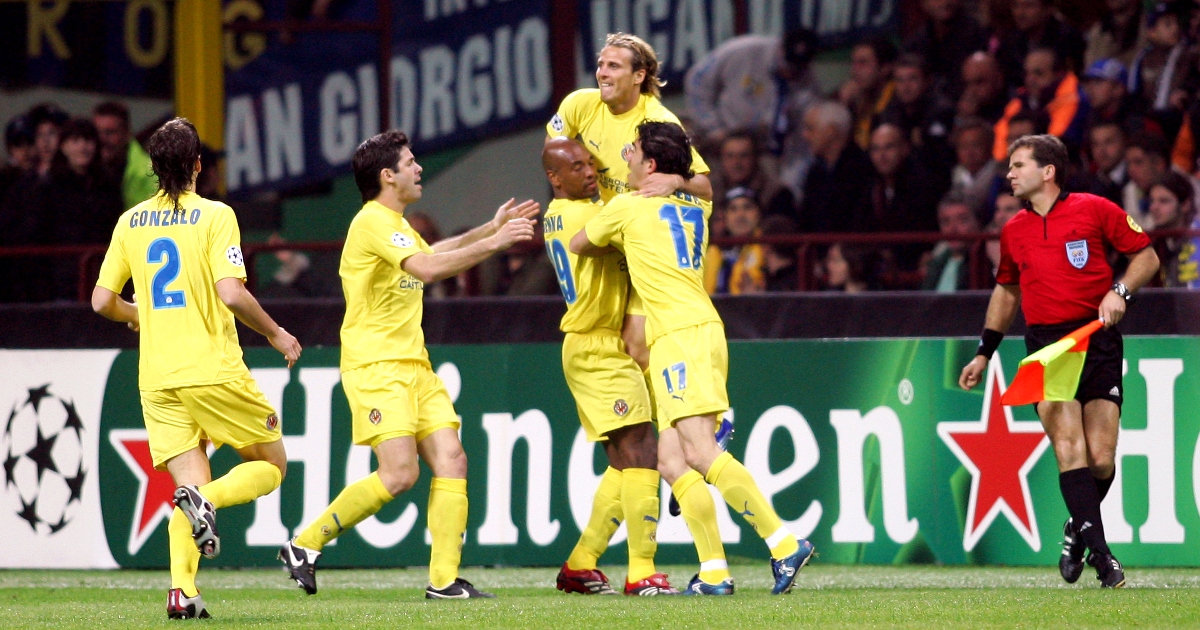 READ: An ode to the great Villarreal of the 2000s: Riquelme, Rossi & heartbreak

Schalke, like Deportivo, find themselves in the lower divisions, having been a club competing in European knockouts not too long before, and Schalke’s famous run to the semi-final came in 2011.

With a young Manuel Neuer in goal and a veteran Raul upfront, this was a team that contained a great mixture of star quality, youth and experienced greats under Felix Magath and later Ralf Rangnick.

A 4-2 aggregate victory over Valencia in the first knockout round set up a tie against holders Inter Milan. Schalke then did the impossible, smashing Inter 5-2 at the San Siro, before sealing the remarkable victory with a 2-1 home win in the return leg, and progressing to the semi-final.

Joel Matip, Edu, Raul and Andrea Ranocchia all scored at the San Siro, before Raul and Benedict Howedes finished the Italians off.

But Schalke fell short against Manchester United in the semi-finals, losing 6-1 on aggregate, but will never forget the barnstorming football they played on the way there.

Hands up if you remember Raul at Schalke? 😍

A goal and an assist for him against Inter on this day in 2011 👌pic.twitter.com/O8Md2Z9y0U

An iconic European run that is mainly remembered for the emergence of a teenage Kylian Mbappe, Monaco’s team, which was packed full of elite young talent alongside an ageing Radamel Falcao, blew Europe away under Leonardo Jardim.

Smashing Manchester City and Borussia Dortmund on the way to the semi-final, Monaco were unlucky to lose to a strong Juventus team, but after also winning Ligue 1 that season, their great team was gutted as quickly as it was formed.

Ajax arguably had the most incredible run of the lot in 2019, going all the way from the second qualifying round to the semi-finals with a young team playing incredible football which resembled the Ajax of old.

The Dutch side famously overturned a 2-1 defeat to Real Madrid with an incredible 4-1 win at the Santiago Bernabeu to knock the holders out, which included a hall of fame performance from Southampton reject Dusan Tadic.

But disaster followed. 3-0 up on aggregate and cruising in the second leg against Tottenham Hotspur, a hat-trick from Lucas Moura knocked them out in the very last minute of the tie.

Despite the crushing defeat, Ajax captured the hearts of everyone watching them play free-flowing football against teams with ten times the transfer budget.

Olympique Lyonnais aren’t exactly minnows, but when they reached the semi-finals in 2020, they really punched above their weight.

Knocking out Cristiano Ronaldo’s Juventus in the round of 16, before dismantling Pep Guardiola’s Manchester City in the one-legged quarter-final, Lyon would go out to eventual champions Bayern Munich in the semis.

Maxwell Cornet and Moussa Dembele scored either side of a Kevin De Bruyne goal to reach the semi in Lisbon, which was played in front of an empty crowd due to the pandemic.

Lyon had a disappointing domestic season, finishing seventh in the league, but this European run was one which won’t be forgotten in a hurry.