11 Championship Manager legends who were useless in real life 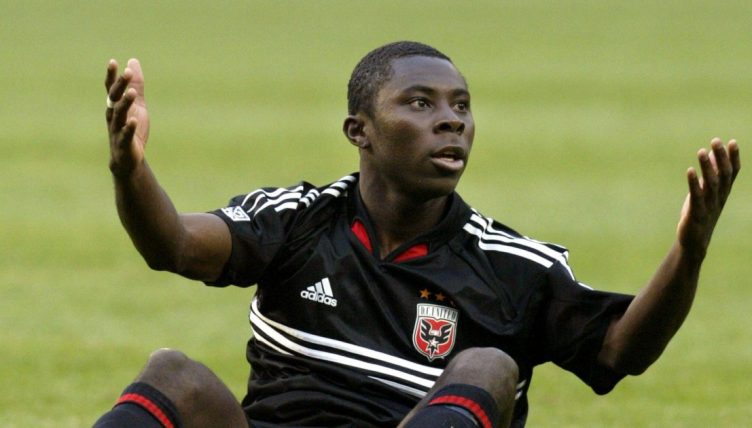 Championship Manager is one of the greatest football video game series ever, but some players who were legends in the games did comparatively little in real life. We decided to have a look at what 11 of the greatest to ever pull on the digital shirt did in the real world.

From late night training sessions lit by the blue light of an ancient PC to Champions League finals that you put a whole suit on for, Championship Manager gave us some of the best moments video games ever have.

But while we were living out our fantasies in an alternate universe where we were the greatest football managers in the world, plenty of the pixellated players you would set out in your boundary-pushing ‘diablo’ tactic were real-life footballers trying to navigate their way through the game.

Plenty became cult heroes for dedicated CM players, lifting multiple Champions League’s and turning Huddersfield Town into European giants. But not many would repeat such success in the real world.

So here are 11 Championship Manager legends who didn’t quite achieve their virtual success in real life. They’ll always be world beaters to us though.

It’s perhaps no surprise that the full power of the United States’ sports marketing industry was aimed at making one 14-year-old boy the biggest star in the world in 2004.

Adu made his professional debut for DC United at just the age of 14 and would score before his 15th birthday, prompting Nike to sign him up.

It led to an incredible level of hysteria. Adu was dubbed the next Pele, even featuring in adverts with the legend himself. All of that also led to his stats in multiple CMs being outrageously good, with his young age and added bonus.

It’s perhaps no surprise that the hype didn’t match reality.

“Pretty soon into my career I realised that there was a lot of pressure because everyone expected you to score or assist every single game,” Adu said in an interview in late 2021.

“But you’re talking about a 14-year-old kid! Some people understood that but a lot of people expected me to put up a lot of stats.

“Every stadium I went into was packed. Everybody wanted to see this 14-year-old wonderkid.”

Instead of Milan or Madrid, it was Philadelphia and Jagodina in Serbia for Adu. He even trained in Blackpool, the poor guy.

I am currently at blackpool training and thinking over some opportunities in Europe. Thanks

The definition of a CM cult hero, Tsyhalka was signed at least once by everyone who played CM 01/02 – and in reality probably every time.

His name might have been misspelt in the game as ‘Maxim’ but that only added to the charm of the Belarusian striker.

In real life he spent his whole career was spent in Belarus, winning one title in 2004, and he made two national team appearances, scoring against Uzbekistan.

Like with most players on this list, Tsyhalka’s stunning ability was the result of over-zealous amateur scouts for the game.

“I was young then,” the scout responsible for Belarus at that time Antonio Poutillo said years later.

“I believed football in Belarus has a future. So there were no restrictions on the percentage [potential] you could put on a player.

“I loved Tsyhalka very much. He was quick, had a sense of goal, and in the small classes [youth teams] he shone. He had everything he needed to become a class aggressor.”

Retiring early as a result of injury, Tsyhalka went on to become a builder but sadly passed away in 2020. He lives on in CM, eternally one of the best strikers of all time.

Samba was one of the best little circles on a 2D pitch ever to play the glorious game of digital football. But he reckons he was worth his salt in real life too.

“I think most of the stats they got right,” he told us three years ago.

“I was very explosive, my speed was my strength, and I always used to come deep to get the ball, turn and attack defenders.”

Before you have a go at us for including Nigerian Olympic Champion, UEFA Cup-winning West in this list we would like to stress that we think it’s punishable by banishment from the football nostalgia writer community to exclude this legend from any CM list.

That’s because he was available on a free transfer whenever you started a new game on CM 01/02, making him a surefire pick-up every time for teams great and small across the world.

It means he may well be the most widely decorated virtual player of all time, winning everything in every nation with every team.

He’s a pastor now, a good couple decades on from when he blessed our PC screens.

Happy birthday to the hottest free agent in Champ Man history. A dreadlocked destroyer. A defensive colossus. A gun for hire who had new managers from Barcelona to Bradford scrabbling for his signature:

In-game, Duff was a cult hero due to the fact he played for Cheltenham Town, which, combined with his young age, made the Northern Irish right-back a cheap star for the future.

No big club ever did take a risk on Duff in reality, but he had an incredibly solid career and made over 700 appearances, most with Cheltenham Town or Burnley.

In fact, he played in every single division, from what was then called the Southern League Premier (National League South) in 1996-97 all the way to the top-flight with Burnley in 2009-10.

He’s been manager of Cheltenham since 2018 and has led them to League One. That’s a proper lower-league career.

The most unrealistic thing about Kerr actually happened in real life rather than in Championship Manager, where he was an ever-reliable midfielder.

He spent his entire career in his native Scotland with the exception of one and a half seasons between 2010 and 2011. Then, completely randomly, he was off to Greek side Asteras Tripolis.

“My memories of Asteras are great. It was a cracking wee club and the people who ran it were great,” he’s since said.

“At 28, I’d a hankering to try something new. I had played in Europe for Aberdeen and Dundee United and I think that’s where they’d seen me.

“I went over to meet the people and I liked what I heard so much that I signed a three-year contract that day.

“After we drew with Panathinaikos, their fans rioted and broke into the dressing rooms.”

Bet he got a cracking tan too.

For a brief while, Todorov looked like he might be as good as he was in CM.

He wasn’t, but he was still an absolute hero for Harry Redknapp’s Pompey. 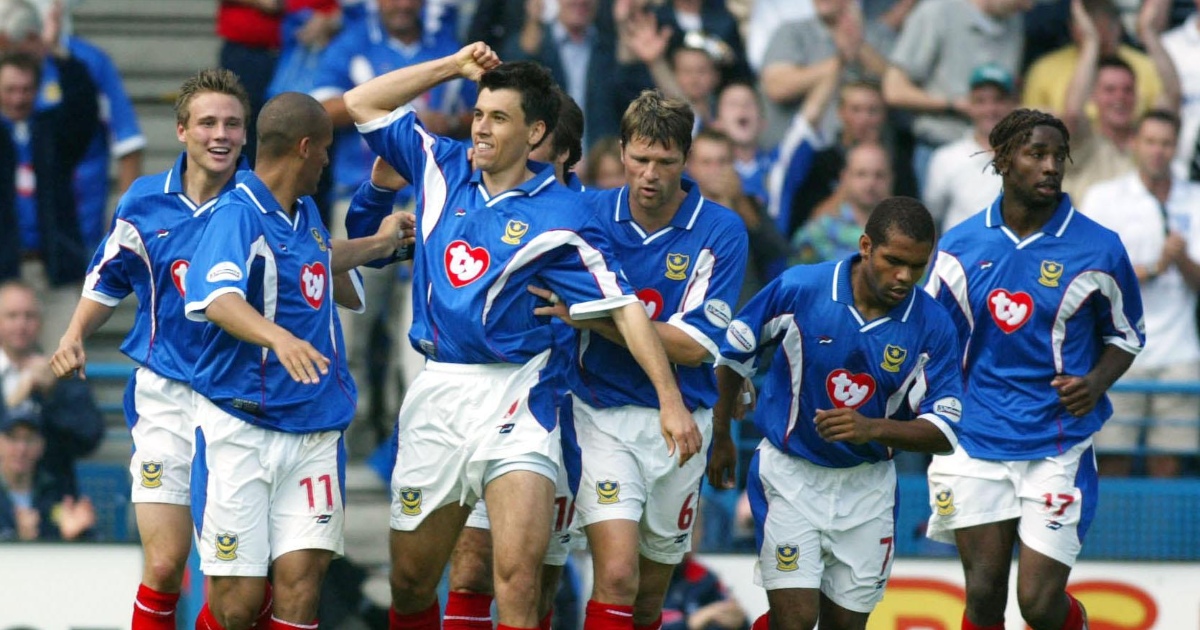 Larsen was a fantastic signing from the Norwegian leagues in CM, an ever-reliable holding midfielder who could become one of the best in the game.

He spent his whole career in Norway apart from a stint with Nurnberg, but he did get 24 caps for his national team.

In fact, so beloved is Larsen by CM aficionados that he’s had people fly to his hometown in Norway just to meet him.

Swedish winger Alexandersson may be one of the names on this list better known for his real-life footballing skill, having played for Sheffield Wednesday, Everton and West Ham.

But while he was a thoroughly decent mid-table winger, he was a world beater in CM games and was the flair-filled, right-sided attacker for many a European champion.

In fact, for whatever reason, CM 97/98 decided that Alexandersson could play every outfield position and do so to a decent standard, elevating him further in CM folklore.

He knows he’s beloved too. How nice.

Thanks every CM players out there😄! https://t.co/VJ9Og2ZkDH

The versatile left-back was a fixture of any Sunderland save in CM 01/02, or indeed of any save if you could afford the money to get him away from the Stadium of Light.

But in the real world nothing could tempt him away from the North East of England. He stayed with Sunderland for six years and then went to Middlesborough for a further seven.

He wasn’t even done then, coming out of retirement in 2015 to play for South Shields until he retired (properly) in 2018.

Madeira was totally useless in real life… because he didn’t exist.

Seriously. Madeira was a 22-year-old Portugese striker in CM 01/02 who could become one of the best in the world very easily, but the problem is it’s pretty much certain that he wasn’t real.

Instead, the scout for the lower-league Portuguese side Madeira supposedly placed himself in the game under his nickname.

It doesn’t matter that he wasn’t in our universe, he existed as an unstoppable force in CM. That’s all that matters to us.