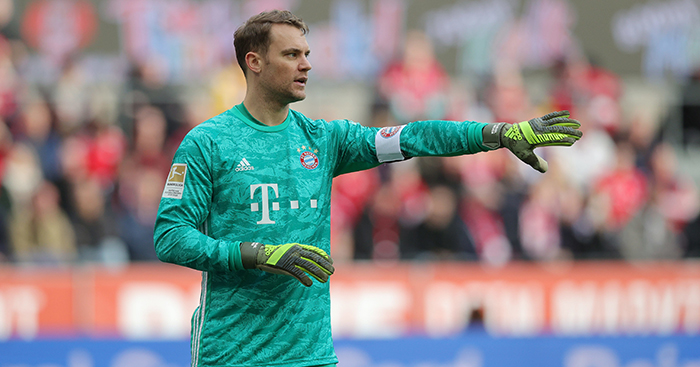 Chelsea fans have woken up to the ‘news’ that Frank Lampard has targeted Manuel Neuer to replace Kepa this summer. It is, of course, complete b*llocks.

The Daily Star was the first English newspaper to report the rumour with the headline: ‘Manuel Neuer becomes Chelsea transfer target with Kepa Arrizabalaga on the way out’.

‘German outlet Bild claim Chelsea are interested in a move for Neuer if they are able to sell Kepa this summer’, reads the article, which sounds promising. Bild is a reputable source for transfer information, and it’s already widely been reported that Chelsea are looking for a new keeper so it makes sense.

One of the most-read stories on Chelsea’s NewsNow page, meanwhile, is the rather more clickbaity headline that ‘Chelsea want to replace £72m man with Bayern Munich star’ and you can bet your bottom dollar that this rumour is going to get regurgitated a hell of a lot more as Friday progresses.

Where the rumour began

As always, though, before getting carried away it’s worth reading what the original report says. So off we go to Bild.

The basis of the article is that Bayern are unlikely to discuss a new contract with Neuer, who is apparently demanding a package which is too big for the German giants’ liking.

He is 34 and not out of contract until 2021 anyway so Bayern’s stance is understandable, but Bild suggests it could mean the keeper moving on and speculate as to who might want him.

And speculate is definitely the world. There are sections on England, Spain, France and Italy, with Bild giving their verdict on which of the major teams from each country could be on the lookout for a new No.1 this summer.

The extent of the Chelsea section is that Lampard ‘is said’ to not be 100 per cent satisfied with Kepa, which is a fair assumption considering he’s been playing Willy Cabellero recently, and that ‘according to Bild information, there should definitely be interest in new people’.

And that’s it. Bild’s ‘information’ isn’t that Chelsea are interested in Neuer, just that they want a new goalkeeper and so might want Neuer.

But an opinion piece from Germany has already become a news story in England. Which means Neuer will now be mentioned as a Chelsea transfer target in every article forever more until he retires. Oh great!