Chelsea: Sterling, Kante and an (almost) full XI of injured players & when they might return 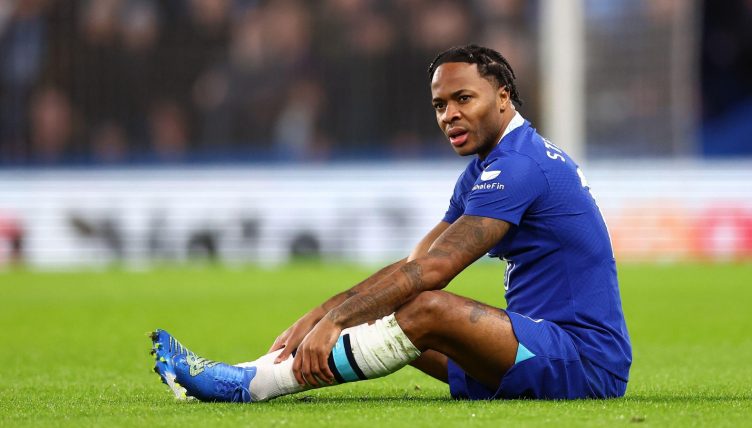 The Chelsea injuries problem shows no sign of slowing down.

Graham Potter is under pressure and it doesn’t help that his treatment room is currently occupied by a World Cup winner, multiple Premier League and Champions League winners and some of the summer’s big-money signings.

Currently languishing in 10th place in the Premier League, and out of both domestic cup competitions, the inquest into a rapidly failing season at Stamford Bridge is intensifying.

But we reckon you need look no further than the packed treatment room for an explanation for Chelsea’s woes and we’ve compiled almost a full XI of Chelsea injuries.

One centre-back is the only gap. Knowing Chelsea’s luck, and the fact they’re relying on a 38-year-old Thiago Silva to start every week, it might only be a matter of time until they’ve got an entire team of crocked stars…

Mendy started the 2022-23 season in shaky form and lost his place to Kepa Arrizabalaga in Potter’s early matches.

But, after being restored to the side in the autumn and helping Senegal reach the last 16 of the World Cup, the goalkeeper has undergone surgery to remedy a recent finger injury.

In a statement, Chelsea said: “Goalkeeper Edouard Mendy has undergone an operation on a fractured finger sustained in training this week.

“The 30-year-old will work closely with the club’s medical department during his rehabilitation phase.”

There was no indication given about Mendy’s length of absence but, considering use of the fingers is essential for any self-respecting goalie, we can’t see him being rushed back.

Chelsea are a completely different proposition with James bombing down the right flank, so Stamford Bridge regulars held their heads in their hands when the full-back limped off against Bournemouth in December.

The 23-year-old lasted only 53 minutes of his comeback appearance, having worked his way back from a knee injury that had kept him out since October.

Chelsea announced that the England international will be missing for the next month, with a scan confirming that the defender had suffered “a setback”.

Everyone at the club will be hoping he remains on track for a February return. 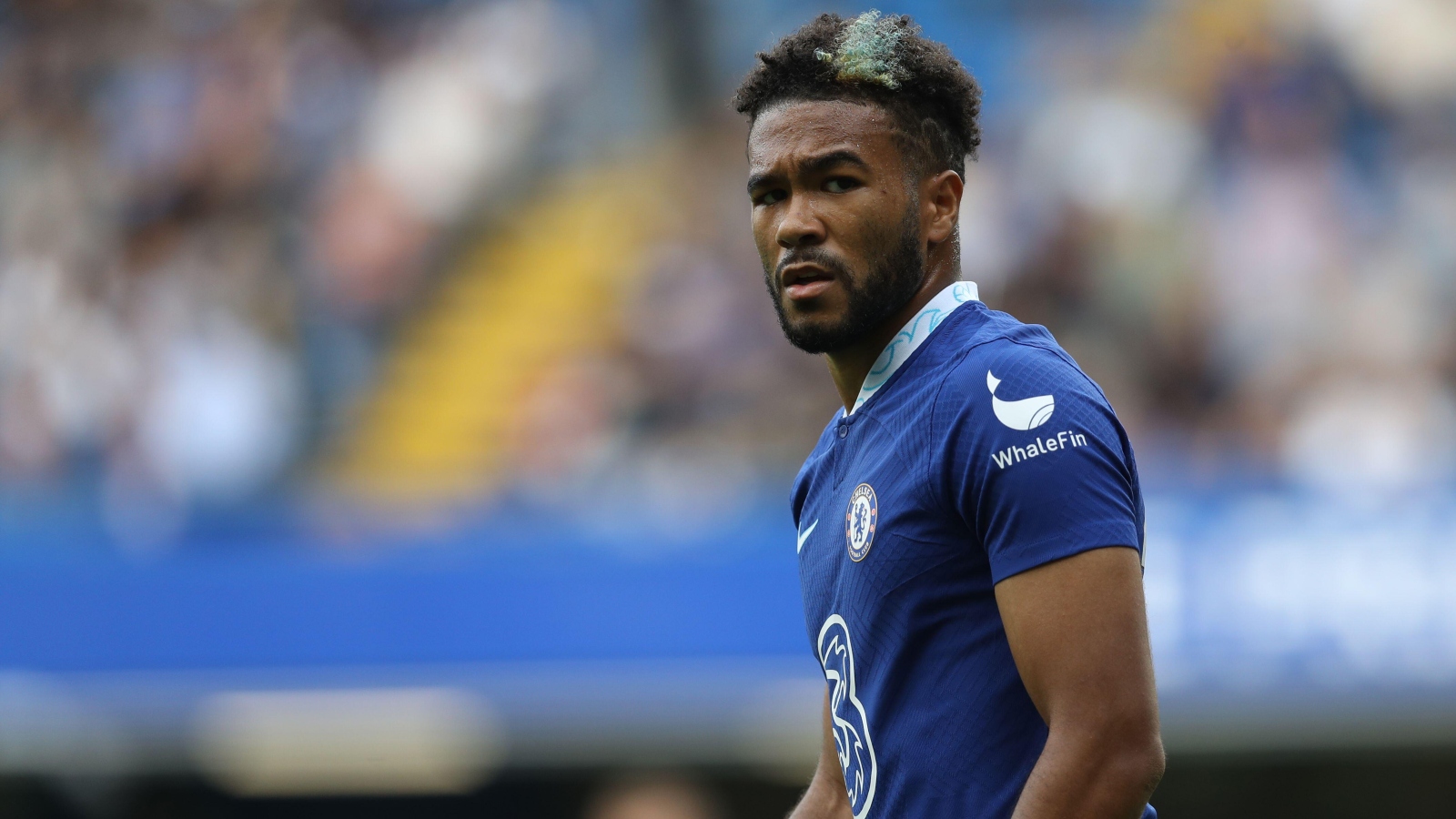 READ: Comparing Chelsea’s record with & without Reece James since 2020-21

“Wesley had a little setback, which can sometimes happen at the very last stage of rehab, so he will be [out for] a couple of weeks,” Potter told reporters at the end of December.

The £75million signing from Leicester hasn’t featured since the win over AC Milan in October and reportedly suffered a fresh injury during a behind-closed-doors friendly with Brentford.

There’s been no official date, but expect him back before the resumption of the Champions League next month.

Chilwell has been incredibly unlucky with injuries recently; the full-back suffered a ruptured cruciate ligament in November 2021 and was ruled out until last May.

Then, after an impressive start to the season, he ‘significantly injured’ his hamstring in October and was ruled out of the 2022 World Cup.

In December, Potter told reporters: “Ben has come back from his individual work in Dubai, and he’s now working closer with the guys, but still not team training.”

There are hopes that Chilwell can be brought into the first team set-up after next week’s Premier League clash against Fulham. They need him.

You love Kante, we love Kante, everybody loves Kante. And Chelsea fans, experiencing life in his absence, perhaps love him most of all.

After suffering an injury that ruled him out of the World Cup, the midfielder is currently working on his recovery before the crunch period of the season.

“He’ll be [the] end of Feb [or the] start of March,” Potter said shortly before Christmas. “It’s a surgery, so it’s a minimum period of four months. My focus is to help him get back fit as soon as possible.” 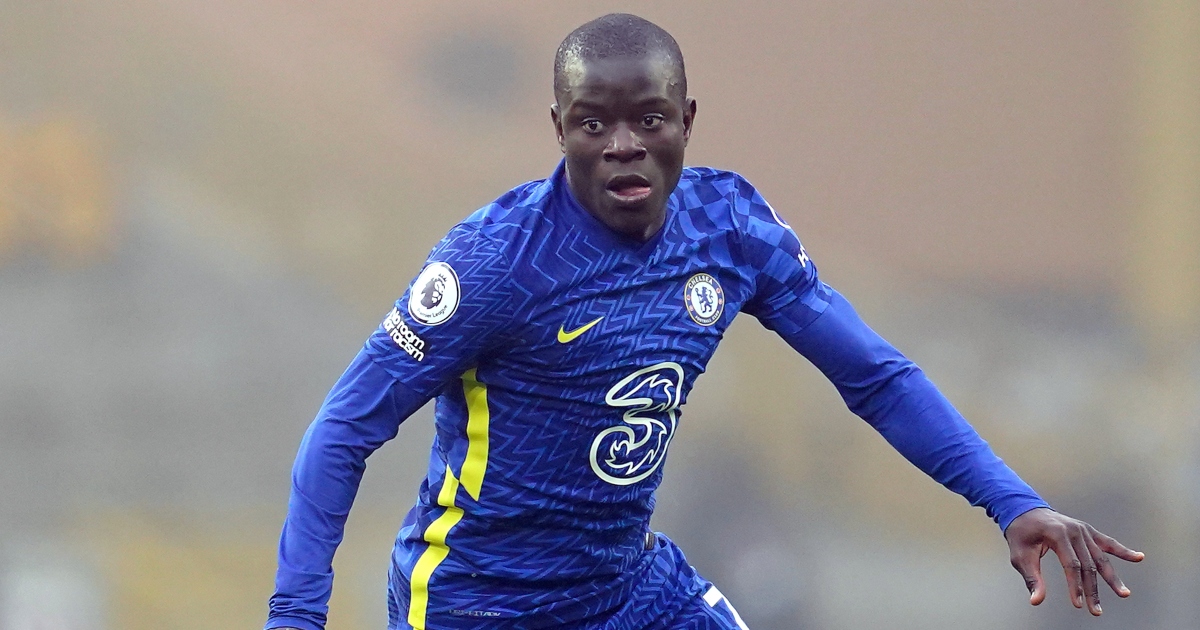 READ: The 7 players Chelsea signed along with N’Golo Kante – & how they fared

Better news for Chelsea fans; Loftus-Cheek has returned to training and is nearing a first team return.

The 26-year-old midfielder has been dealing with a thigh injury throughout the World Cup break and, considering his injury-prone reputation, hasn’t actually missed too much football over the past few seasons.

He could be in line to face Crystal Palace and Potter’s side could do with his midfield dynamism.

Zakaria limped off early in the second-half of the reverse at Fulham to add to Potter’s injury headache.

The Switzerland international had to wait months for his Chelsea debut, but has steadily grown in influence following a string of impressive displays.

Asked for an update on Zakaria after another defeat, a downbeat Potter said: “The only assessment is it’s at the top of the quad. He felt it when he cleared the ball. In terms of the extent, it’s too early to say.”

Sterling limped off after a few minutes of Chelsea’s recent Premier League defeat to Manchester City and the England international looks likely to be on the sidelines for a good while.

“Raheem just had an action in the first minute that game, a back heel that was a bit strange and he felt something in his hamstring,” Potter confirmed recently. “So again we are analysing that.”

The Chelsea boss had no specific update on Sterling and The Athletic have noted that is down to the need for a second scan. Don’t hold your breath for a quick return.

Pulisic also limped off in the early stages of last week’s defeat by Manchester City at Stamford Bridge and is expected to be out for some time.

“Pulisic is not ready, he is a couple of months away,” said Potter before the Premier League game at Fulham.

After an impressive World Cup for the USA, Pulisic had begun to re-establish himself in the Chelsea side so this news comes as a blow for player and manager, albeit softened by the arrival of Joao Felix from Atletico Madrid.

Broja is probably Chelsea’s longest-term absentee, having undergone surgery for a damaged anterior cruciate ligament picked up in December’s friendly against Aston Villa.

The 21-year-old will miss the rest of the season in a blow to Chelsea’s hopes of European qualification.

READ NEXT: 11 sad stats that sum up Chelsea’s struggles under Graham Potter