Where are they now? Chelsea’s XI from the ‘Gerrard slip’ win at Anfield 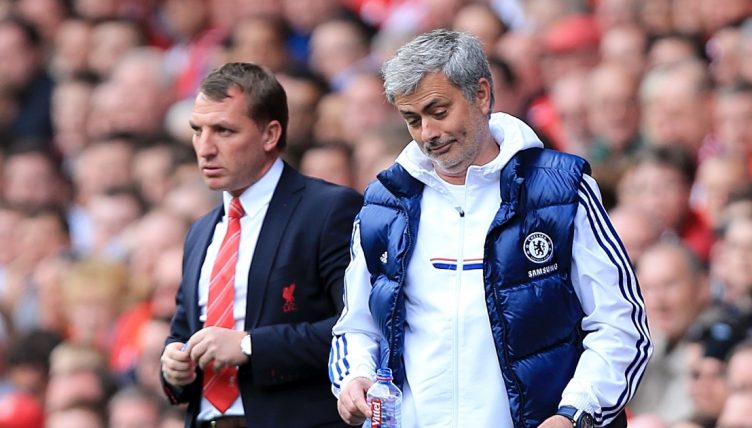 On April 27, 2014, Chelsea marched into Anfield and ruined Liverpool’s title party courtesy of a slapstick Steven Gerrard slip. We imagine Jose Mourinho had the soundest sleep of his life afterwards, but how have Chelsea’s players fared since that day?

With their own title chances compromised by a shock defeat to Sunderland, Mourinho and Chelsea resolved to ruin Liverpool’s hopes of a first championship win since 1990.

Despite an unfamiliar line-up, Chelsea played the occasion perfectly, frustrating their hosts and scoring two goals on the counter-attack. And yes, one came as the direct result of the most infamous slip in Premier League history.

Chelsea’s travelling support took immense satisfaction from the victory and, not knowingly refusing a chance to wind up the opposition, Mourinho milked the moment for everything it was worth. Neither side won the league, but Chelsea had an afternoon to savour.

We’ve investigated what Chelsea’s XI from that infamous afternoon at Anfield are doing now.

Signed to warm the bench at Chelsea, Schwarzer became the oldest player to represent them in the Premier League when he played against Sunderland the week before Anfield, aged 41 years and 195 days.

And the goalkeeper made some outstanding saves to keep Liverpool at bay and help Chelsea secure an improbable victory. His clean sheet against Liverpool was his 150th in the Premier League clean, a tally only Petr Cech and David James can match.

Schwarzer left Chelsea in the summer of 2015 and joined Leicester for their title-winning campaign, although he did not play a match.

Having made 514 Premier League appearances – a record for a non-British player – Schwarzer retired in 2016 and has since gone to ground in Australia.

Azpilicueta has become a modern-day Chelsea legend, winning every available honour and making 469 appearances for the club.

His flexibility has seen him employed across the backline and seven different managers have placed their faith in the Spain international.

After signing a contract extension last month, Azpilicueta will remain at Stamford Bridge next season as they look to rebuild following this year’s financial crisis.

Ivanovic was a Chelsea stalwart throughout his nine years at Stamford Bridge, playing 377 times and never putting in less than 100% for the cause.

After leaving in January 2017, the former Serbia international spent four seasons at Zenit St Petersburg before a surprise switch to West Brom at the start of last season.

The defender was unable to keep the Baggies up and was released at the end of his contract. Now aged 38, Ivanovic is without a club although he is yet to officially retire. 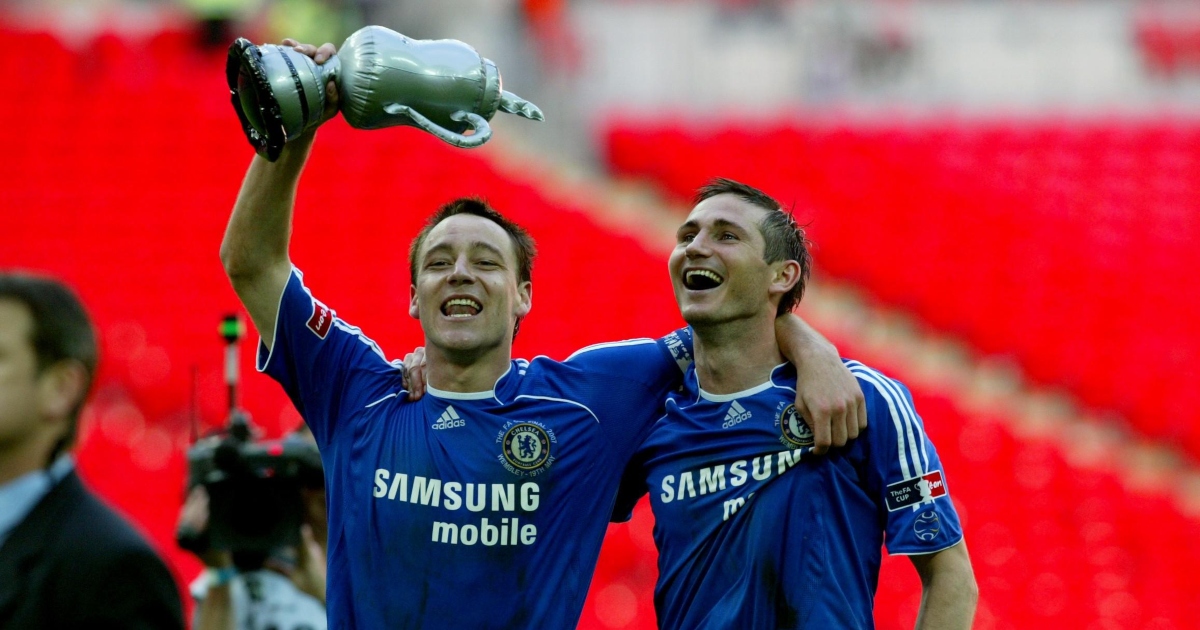 READ: Rudiger next: 9 great players that left Chelsea on a free transfer

Probably the most leftfield inclusion in the Chelsea XI, Kalas only played twice for the club but put in an outstanding performance to keep Liverpool at bay.

Following loan spells with Cologne, Fulham and Middlesbrough, the defender made a permanent switch to Championship side Bristol City in July 2019 following a successful season-long loan in the West Country.

Having won 28 caps for the Czech Republic, Kalas has become an accomplished defender despite not quite being at Chelsea’s level.

Cole was arguably the finest left-back of his generation but he’d leave Chelsea soon after the victory at Liverpool, joining Roma on a free transfer.

The former England international spent two years in Serie A before winding down his career at LA Galaxy and Derby County.

Despite making some appearances as a Sky Sports pundit, Cole has seemingly committed himself to coaching. He followed Frank Lampard to Chelsea in 2019, becoming academy coach, and was briefly part of the England Under-21 set-up.

Cole is currently a first-team coach at Everton, where he’s looking to help the Toffees avoid their first relegation since the 1950s.

Matic is still kicking about the Premier League, although he’ll leave Manchester United this summer once his contract expires, and he is still using his Chelsea honours as bait for hungry Arsenal fans.

Another player who hasn’t officially retired, Mikel was last seen playing in Kuwait after leaving Stoke City last summer. But the midfielder saw his contract terminated by Kuwait SC in November 2021 after playing just five matches in their colours.

But that shouldn’t detract from his vital importance as a squad member during his 11 years at Chelsea, where Mikel became a cult hero for his committed performances for the club.

Whatever your opinion of his managerial credentials, it shouldn’t be forgotten how great Lampard was as a player.

Chelsea’s record goalscorer, and arguably best player in their history, the midfielder would leave Stamford Bridge at the end of the 2013-14 season.

Spells at Manchester City and New York City followed before his retirement in 2017. After a brief period as a pundit, Lampard became Derby County manager before taking over at Chelsea in the summer of 2019.

But, he only lasted 18 months in his dream job and is on the verge of taking Everton down. Lampard may become a good manager but, for now, the jury is out.

Willian may have become a figure of ridicule at London neighbour’s Arsenal but he had plenty of good times at Stamford Bridge.

Arguably the only player to perform to his maximum during the 2015-16 horror show, Willian was a go-to option for a number of managers who valued his work rate and ability on the ball.

Still, he’d sometimes exasperate the Chelsea regulars with his wasteful delivery and nobody shed many tears when he moved across London in 2020.

After a failed season at Arsenal, Willian returned to his native Brazil and rejoined boyhood club Corinthians on a free transfer. We reckon that history will be kind on the Brazilian’s time at Chelsea, for whom he made 339 appearances.

As for Salah… who? 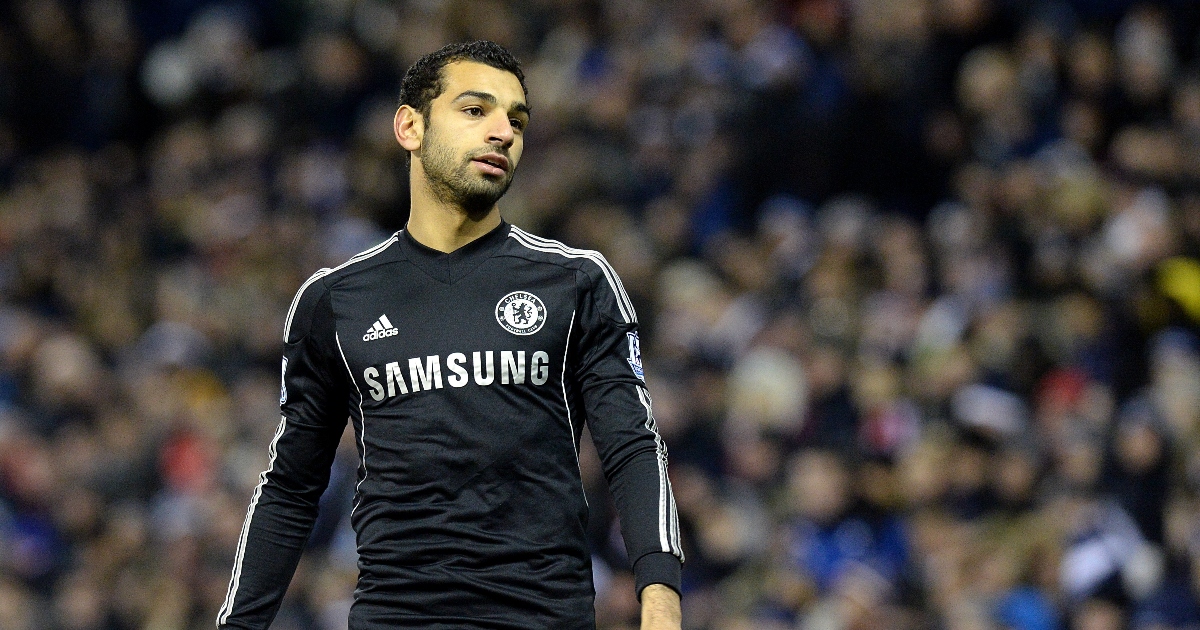 READ: An amazing Xl of players Jose Mourinho has sold during his career

Signed from Newcastle in 2013, Ba chipped in with some crucial goals for Chelsea but none more celebrated than his opener at Anfield.

Taking advantage of Gerrard’s misfortune, Ba raced through and slotted the ball imperiously past Simon Mingolet to ensure his name would be celebrated in verse by the country’s banter merchants.

Ba eventually ended up in Turkey with Istanbul Basaksehir, where he scored a hilarious goal against an out-paced Manchester United defence in last season’s Champions League. He announced his retirement in September 2021.

Torres, his replacement at Anfield, has widely been described as one of the biggest flops in Premier League history after failing to live up to his £50million price tag at Stamford Bridge.

But the striker still made some vital contributions for the club, scoring 45 goals in three and a half seasons before leaving for AC Milan.

After returning to Atletico Madrid for three years, Torres wound down his career in Japan and has spent the years since his retirement getting incredibly hench.

Schurrle was a serviceable part of the mid-2010s Chelsea squad but retired from the game in 2020 at just 29.

Explaining his decision, the German World Cup winner said he often felt lonely, especially when the “depths became deeper and deeper, and the highs less and less”. He is now firmly out of the limelight.

His defensive replacement at Anfield, Cahill, remains a professional footballer in his mid-30s and is looking to help Bournemouth return to the Premier League after a two-year absence.

The defender was given the Chelsea captaincy after John Terry left the club in 2017 and led the Blues to the FA Cup and Europa League titles during his two years as the armband-wearer.

Cahill spent a couple of seasons at Crystal Palace after leaving Stamford Bridge before joining the Cherries for the 2021-22 season.