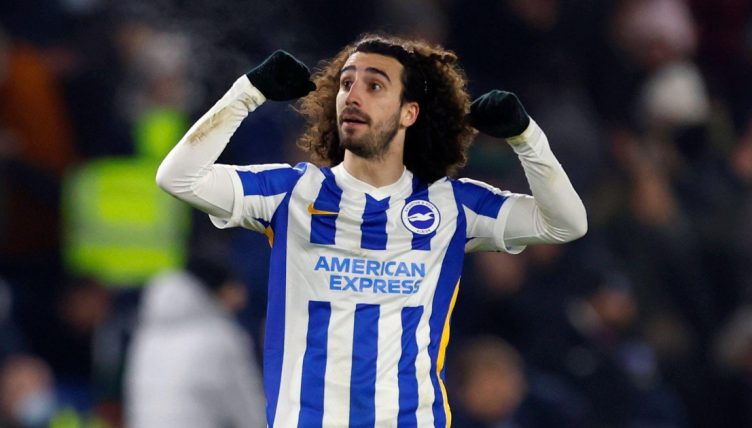 Chelsea appear to be on the verge of signing Marc Cucurella from Brighton – but is the left-back an upgrade on their current options?

England international Ben Chilwell started last season as the Blues’ first-choice left-sided defender, operating in more of a wing-back role, before a ruptured cruciate ligament injury in November brought an early end to his season.

Experienced club stalwart Marcos Alonso, who has made over 200 appearances for Chelsea, was the club’s other option in that role. However, the 31-year-old reportedly wants to leave Stamford Bridge amid interest from Barcelona.

Cucurella has been subject to interest from Manchester City all summer. The Premier League champions are reportedly keen on the Barcelona academy graduate as they look to replace Oleksandr Zinchenko, but they have baulked at the £50million price tag demanded by Brighton.

The latest reports suggest that Chelsea are set to gazump City to the full-back’s signature.

Transfer specialist Fabrizio Romano has since suggested that a deal could be completed in the coming days.

“Full agreement now reached between Chelsea and Cucurella on personal terms. Potential contract has been proposal approved, Marc’s prepared to accept once clubs agree on fee,” Romano tweeted this morning.

“Chelsea and Brighton in direct talks again today in order to complete the deal.”

Chelsea boss Thomas Tuchel is certainly keen to get extra bodies through the door. Kalidou Koulibaly and Raheem Sterling have already been signed, but there is extra work to be done to replace departing trio Andreas Christensen, Antonio Rudiger and Romelu Lukaku.

Would Cucurella fit the bill in terms of strengthening Tuchel’s squad? Here’s how his Premier League stats from last season compare to the corresponding output of Alonso and Chilwell.

"He SMASHED it home!" 🎙️💥 What a moment for @Cucurella3. 🥺 pic.twitter.com/ghSSJ7nmmP