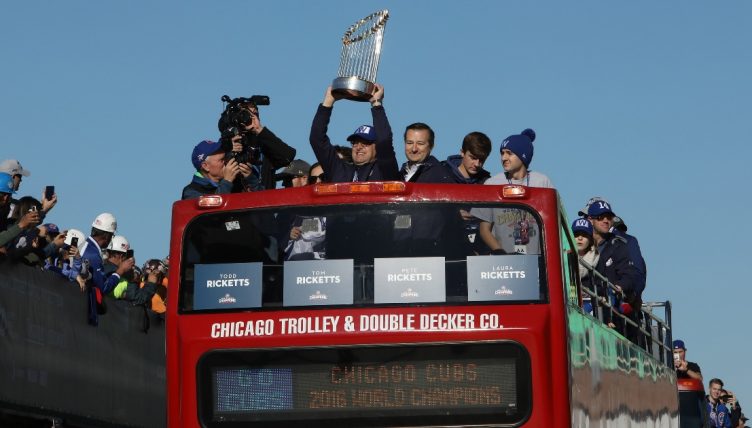 After nearly two decades, the Roman Abramovich era is over at Chelsea and Stamford Bridge. Or at least, it soon will be.

He has had a huge impact on the Premier League, and the club will likely cost around £2billion. But Government sanctions on the Russian mean a seemingly endless line of billionaires and conglomerates are queued up, waiting to take over.

What happens now with Chelsea is anybody’s guess.

Bank accounts are frozen, ticket and merchandise sales are paused and the club’s travel money is capped.

But supposedly no profits of the sale will go to Abramovich. If a deal to sell the club can’t be ratified, it could lead to huge issues for the Blues in the next few months.

The sale of Chelsea by their Russian oligarch owner is guaranteed in the short or long term.

As soon as the club was put up for sale, this Swiss-led Consortium emerged as the first serious candidate.

Swiss billionaire Hansjorg Wyss has since confirmed he’s been offered the chance to own the club. But he would need several investors alongside him, hence the consortium.

Those primarily include American billionaires, where the Swiss businessman now lives.

He made his money from selling a pharmaceutical company for around $20billion to Johnson and Johnson.

“Abramovich is currently asking far too much,” Wyss explained to Swiss media company Blick.“If I buy Chelsea, then [it will be] with a consortium consisting of six to seven investors.”

As pressure grows on Roman Abramovich to sell Chelsea, Financial expert Simon Kuper questions who, alongside Swiss billionaire Hansjörg Wyss, is part of the consortium? 🔵🤝 pic.twitter.com/V7Ce8EJ760

The Ricketts Family owns the baseball team Chicago Cubs and have a huge network of wealth. They supposedly have connections within The Raine Group, the bank entrusted with selling the club.

That could stand them in good stead, especially if they opt to form an investment group alongside others to fund the purchase as has been suggested.

A boyhood Chelsea fan, Candy is a British property developer.

He’s reportedly keen on owning the club to have it “in safe hands” and has set about putting a group together to finance the deal.

The 49-year-old has also reportedly promised fans a permanent seat on the board of directors.

Prospective Chelsea owner Nick Candy spoke exclusively to Sky Sports News about why he wants to buy the club 🔵 pic.twitter.com/KEDNvdFeIv

The tradition of US billionaires buying British football clubs as a symbol of status is a long one. And it looks as if Johnson, owner of the New York Jets, fancies owning Chelsea.

He’s already the second person on this list whose wealth is related to Johnson and Johnson, his great-grandfather originally founded the giant business.

He’s got plenty of money, but the Jets are one of the biggest running jokes in American Football. They haven’t won the NFL since 1969 and last made the playoffs in 2010.

Not only is his reluctance to win criticised, but so too is Johnson’s personal views.

He’s a huge Donald Trump ally, even becoming ambassador to the UK under the former president, and (for legal reasons we have to say) ‘allegedly’ wanted US companies to buy the NHS.

This one is controversial.

Ownership of Premier League clubs is under renewed scrutiny following the fallout from Abramovich.

So Chelsea becoming the second club in the league to be funded by a Saudi Arabian company might not be the best look.

But the Saudi Media and Research group, the biggest of its kind in the middle east, supposedly have no connection to the Saudi Royal Family. Its leader, Mohamed Alkhereiji, is also understood to be a big Chelsea fan.

Despite that, there is understandable caution. Since the Saudi Royal family own Newcastle, any potential conflict of interest could be a serious issue.

Especially since there is a suspicion from some journalists that there will be some links between the ownership groups.

To clarify the 'no government links' aspect to the Chelsea bid. What that means is on paper or legally-speaking (like #NUFC's owners argued) the prospective consortium are saying they don't see issues of sale clearance due to their make up. Practical reality is VERY different…

Jim Ratcliffe is one of the UK’s richest individuals.

Oldham-born, he’s a huge Manchester United fan and has long been tipped as the realistic successor to the Glazers if they ever finally sell the club. But if he is waiting for United, his patience may run out.

He’s been linked with Chelsea in recent weeks, and definitely has the finances. Ratcliffe is the chairman of a chemical company worth £10billion and bought two football teams in recent years.

Those are Swiss club Lausanne-Sport and French side OGC Nice.

Yeah, in reality he’s not going to be the new Chelsea owner.

That didn’t stop him publicly tweeting about how he wanted to own it, however.

But just imagine the glorious chaos McGregor’s ownership of Chelsea would likely be.

I wish to explore this. @ChelseaFC pic.twitter.com/ABEjjCqhD7

LA Dodgers owner Boehly is yet-another US businessman on this list. He’s joined with British property developer Johnathon Goldstein in a group attempt to buy Chelsea.

They supposedly sit as the leading bid under consideration, but that could all change quickly.

Boehly invested huge money in an attempt to build a winning side with the LA Dodgers and in that sense, he could potentially be the most “Abramovich” of the proposed new owners.

Can you name the Chelsea XI from their 4-2 win over Barcelona in 2005?