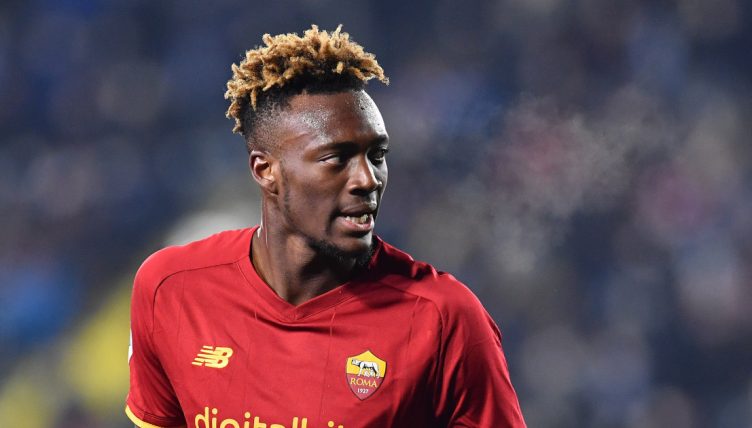 Romelu Lukaku’s arrival back in the Premier League at Stamford Bridge in the summer prompted Chelsea to sell Tammy Abraham to Roma to make way for the Belgian.

Both spent some or all of their teenage years at Chelsea, with Abraham earning his place in the first team under Frank Lampard while Lukaku originally moved away in 2014 for game time.

The England international was the club’s leading scorer in the 2019-20 Premier League campaign, but the arrival of Thomas Tuchel as Lampard’s replacement along with a downturn in form led to him losing his place in the starting line-up.

Chelsea felt Romelu Lukaku, fresh off of firing Inter Milan to the Serie A title, would be the final piece of the puzzle that would turn the Blues into veritable title contenders and Abraham’s £34million departure to Roma was a vital part of making that happen.

But Chelsea’s title challenge has faltered in recent months, while Abraham has gone from strength to strength in the Serie A and earned back his spot in the England national team set-up to boot.

He has also just broken the record for the most Serie A goals scored by an Englishman in one season in its modern history, thriving under Jose Mourinho at the Stadio Olimpico to become one of Italy’s most dangerous strikers.

Meanwhile, Lukaku caused controversy when he opened up in an interview on his regrets about leaving Inter in the summer, only departing because of Inter’s financial issues and Antonio Conte’s departure.

He has since apologised, but it has been far from the happy return that was expected considering that he cost the club around £100million to prise from Inter.

He has struggled to gel in Tuchel’s tactical system and it has prompted some to question why Chelsea made the decision to let Abraham go.

That is especially the case considering they insisted on a buy-back clause being included in the Roma deal which is rumoured to be at around £68million, double what they were paid for him.

So how do Lukaku’s stats in the Premier League compare to Abraham’s in the Serie A? We’ve looked at their numbers from the 2021-22 Premier League and Serie A  campaigns to find out.

Note: stats are from WhoScored, other than expected goals and expected assists, which are provided from Understat.

Five times that Romelu Lukaku has caused controversy by speaking out