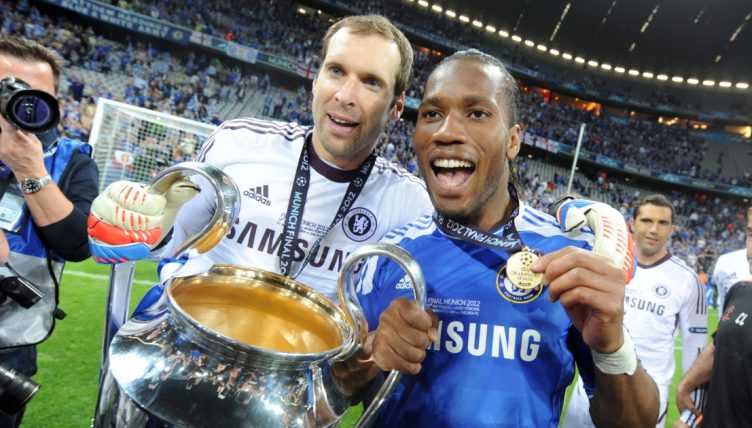 Chelsea owner Roman Abramovich has expressed his intention to sell the club, bringing an end to an era of glittering success at Stamford Bridge.

With that conveyor belt of trophies in mind, ranking every season over the past two decades is an incredibly difficult task but we’ve given it a go and listed them in order from worst to best.

In a throwback to the 1980s, Chelsea found themselves hovering above the relegation zone when Slade and Mariah Carey invaded the nation’s radios in December 2015.

After publically slamming physio Eva Carneiro, Mourinho proceeded to salt the earth with a series of baffling press conferences and poor results.

With Chelsea 16th in the week before Christmas, Abramovich sacked the three-time title winner and re-appointed Guus Hiddink as interim manager.

The side rallied to finish 10th but posed no threat in the cup competitions while Eden Hazard effectively took a gap year. Best forgotten.

Chelsea started their title defence like they meant business but this was the first year that the side suffered a conspicuous winter slump.

The Blues fought back following a poor spell to finish second, although early exits from the FA Cup, League Cup and Champions League ultimately contributed to Carlo Ancelotti’s brutal sacking at the end of the campaign.

Abramovich arrived in the summer of 2003 and quickly spent the thick end of £120million on the likes of Damien Duff, Joe Cole, Juan Sebastian Veron, Hernan Crespo and Claude Makelele as the rest of the league quietly requested a new pair of trousers.

Chelsea had their best season in years too, finishing second in the league and reaching the Champions League semi-finals.

But they were miles behind Arsenal and the Monaco defeat was marked by Claudio Ranieri’s ‘tinkering’. He was sacked and it became clear that ‘nearly’ was nowhere near enough. 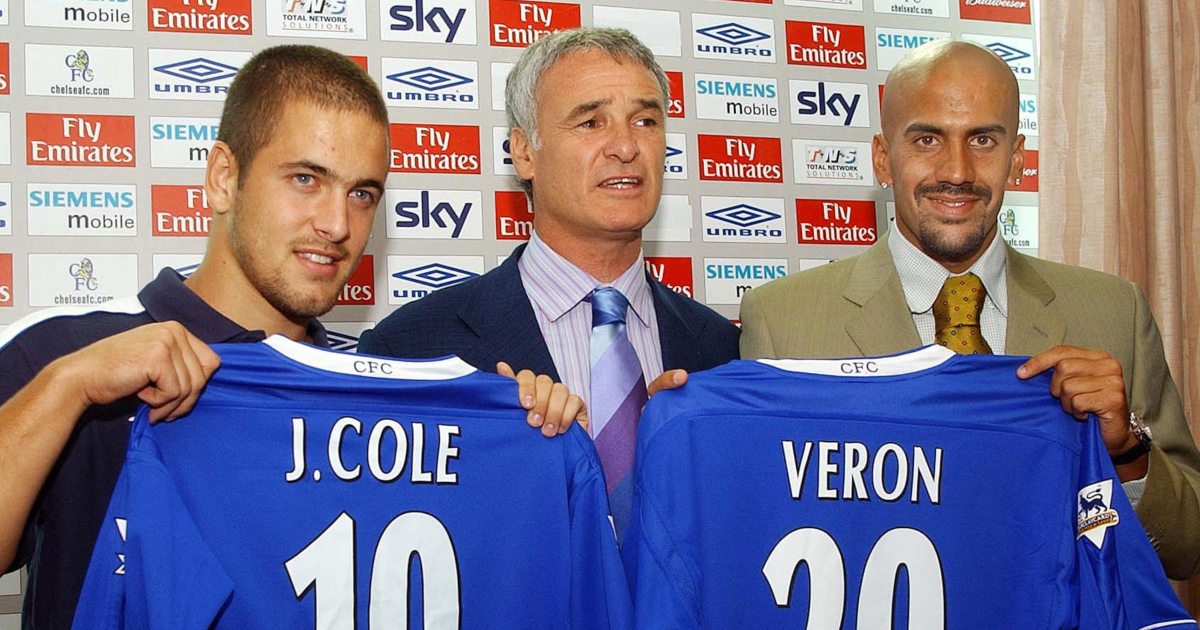 Fresh from romping to the Premier League title, it looked as if Antonio Conte’s Chelsea were the new dominant force in English football. The summer transfer market would surely reinforce their standing.

The £130million spent on Tiemoue Bakayoko, Danny Drinkwater and Alvaro Morata put an end to all that. Chelsea slipped to fifth, Conte became an increasingly volatile figure and his sacking was inevitable by January.

Oh, they did win the FA Cup. But this was an unremarkable season by their standards.

Weird one to rank, this.

While predictions of a mid-table finish were always too shrill, Chelsea had won the Europa League the previous May after all, expectations before the 2019-20 season were at their lowest of the Abramovich era.

The club were slapped with a transfer embargo and Frank Lampard, with only one season of management under his belt, had taken charge over the summer. A crop of talented youngsters bolstered the first-team squad but nobody really knew what to expect.

In the event, a top-four finish and an FA Cup final appearance represented a reasonable return from Lampard and his young squad – provided they built upon their success the following year…

All that, coupled with Jose Mourinho leaving, meant Avram Grant’s days at Chelsea were numbered. It was no surprise to see him sacked for a more experienced coach after losing to Manchester United in Moscow.

Chelsea didn’t win anything but there was the considerable silver lining of making sure Liverpool didn’t either.

Sarriball. Five packs of Marlboro per game. Barkley for Kovacic. Kovacic for Barkley.

Chelsea did lift the Europa League in 2019, easing past Arsenal in a final that was absurdly held in Baku, but it was doubtful whether Sarri would have got Chelsea challenging for the biggest titles.

He left for Juventus before anyone could find out…

“It is a sign of the times,” said Sir Alex Ferguson in February 2009. “There is absolutely no patience in the world now.”

Chelsea had just sacked Luiz Felipe Scolari after his promising start had begun to unravel – Chelsea had been held in the FA Cup by Southend and fallen behind Liverpool and United in the league.

Years later, Scolari told the Daily Mail. “I had a few problems with one or two players.

“Didier Drogba was injured and when he returned, I had a bit of difficulty organising the team with him and Nicolas Anelka.

“I tried to speak with the players to make them understand their positioning, but I wasn’t able to make myself understood to make them do what I needed.

“So we had a few problems off the field, not on the field.”

But Chelsea did what they’ve made into art from; replace the outgoing boss with a capable interim (in this case Guus Hiddink), finished comfortably in the top four and went on to lift the FA Cup.

But, once again, their league campaign stuttered over the winter months and record-signing Romelu Lukaku has looked nothing like a £97million striker.

Thomas Tuchel’s side are still in the Champions League and FA Cup and this season has the potential to rank far higher on our list by the end of May.

But a mid-table placing seems fair for now.

Six months after lifting the Champions League trophy in 2012,  Roberto Di Matteo was on the receiving end of ruthlessness that would have made Henry VIII blush.

Di Matteo was sacked after Chelsea’s defence of their European crown ended in the group stages and popular’s Rafa Benitez was parachuted in.

Chelsea fans responded with homemade banners and venom but the Spanish waiter consolidated Chelsea’s place in the top four and won the Europa League final in Amsterdam.

He was never loved at Stamford Bridge but Benitez did win some newfound respect from the Shed End regulars – but nobody talks about that much nowadays.

Chastened by their lack of trophies the previous year, Mourinho went out and bought Diego Costa and Cesc Fabregas. It took 23 minutes of their opening league match for that decision to be vindicated.

That sumptuous pass by Fabregas to set up Andre Schurrle’s goal against Burnley set the tone for the 2014-15 season. Chelsea ended up 3-1 victors and top of the league – a position they didn’t relinquish for the rest of the campaign.

The League Cup was won too but Chelsea faced accusations of dull football and this arguably stands as their least memorable title success under Abramovich.

Before Mourinho, teams would ease themselves into the league season before hitting the accelerator after Christmas.

This season changed all that; Chelsea won their first nine matches and only dropped points in three matches between August and January. Their dominance over English football was unquestionable.

Yet Mourinho’s side didn’t win either domestic cup and tamely exited the Champions League at the hands of Barcelona and an 18-year-old Lionel Messi.

It’s a sign of the insane standards Chelsea adhere to that this title-winning campaign still left an after-taste of disappointment – and that is probably Abramovich’s most enduring legacy.

Chelsea were inches away from completing English football’s first-ever quadruple in 2007.

For much of the campaign, Chelsea and a resurgent Manchester United were engaged in one of the more underrated title races in Premier League history.

Mourinho’s side eventually relinquished their crown after one draw too many and lost the ‘shit-on-a-stick’ derby to Liverpool in the Champions League semis.

But Chelsea were victorious in both domestic cups and, despite the struggles of summer signing Andriy Shevchenko that laid the ground for Mourinho’s departure, this Chelsea side were a different beast.

Chelsea were talked up as title challengers after spending £200million on the likes of Ben Chilwell, Kai Havertz and Timo Werner in the summer of 2020.

But Lampard struggled to integrate his new signings into the side. By January, with Chelsea languishing in 9th place, he was replaced by Thomas Tuchel.

Some questioned Abramovich’s unsentimental decision but it paid off – Tuchel steered the side to Champions League qualification, the FA Cup final and won Chelsea’s second European Cup with a deserved victory over Manchester City.

Conte came and, after a tactical tweak to 3-5-2, swept all before him in the Premier League.

Hazard was magnificent and the imperious N’Golo Kante deservedly won the Premier League Player of the Year award.

Chelsea also reached the FA Cup final, losing 2-1 to Arsenal, but the season of their most recent league title was a good one at Stamford Bridge.

Chelsea became the first side to score a century of top-flight goals in English football since Tottenham 47 years before.

With Didier Drogba and Frank Lampard banging in the goals, Chelsea became the entertainers that Abramovich had always intended them to be.

Not even the small matter of Champions League elimination by Mourinho’s Internazionale could derail this joyous campaign.

Chelsea only let in 15 league goals in Mourinho’s first season in England. Fifteen.

No wonder they romped home to their first league title in 50 years, winning 95 points, while picking up the League Cup along the way.

Solid start to the season invites talk of a title challenge? Check.

A winter slump that leads to talk of dressing-room unrest? Check.

And an interim manager that steers the club to silverware – in this case, the FA Cup and Champions League – playing shithouse football with a touch of flair? Full house.

Chelsea’s 11-12 season, where Roberto di Matteo took over from Andre Villas-Boas and secured the Holy Grail, was the most ‘Abramovich-era’ season conceivable and the only choice for our number one slot.

A night no @ChelseaFC fan will ever forget 🔵

The 9 players Chelsea signed along with Drogba – & how they fared