The 19 Chelsea youngsters to play in the FA Cup since 2010: Scott, Bruma, Aina 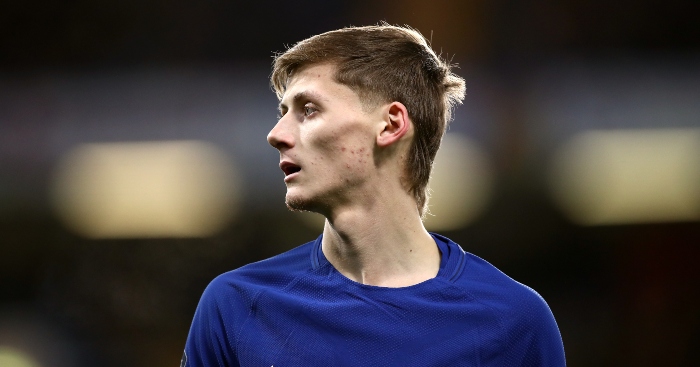 Chelsea have had a decent few years in the FA Cup, winning the competition five times in the Abramovich era.

Different Blues managers have treated the competition with differing amounts of respect, but most have been willing to give youth a chance.

We’ve taken a look at the 19 youngsters to play for Chelsea in the competition since the 2009-10 season, and checked up on them to see what they’re all up to now.

More than a decade after making his FA Cup debut in a win over Watford (his Chelsea debut came a few months before that in the Premier League), Borini is continuing his reasonably OK career with Verona.

Brought on five minutes after Borini. Now at Amiens, for whom he scored in the recent 4-4 draw with Paris Saint-Germain in Ligue 1.

Van Aanholt played 70 minutes in a 7-0 win over Ipswich in 2011. He’s now at Crystal Palace, but you already knew that.

McEachran made his bow in the same game and is another who initially stayed in London after leaving Stamford Bridge. He left Brentford for Birmingham City in 2019, keeping up his rule of west London clubs, clubs nicknamed ‘the Blues’, or both.

Replaced Van Aanholt against Ipswich. Currently on loan at Mainz from Wolfsburg.

Sure, Romeu had played a few minutes for Barcelona before joining Chelsea, but he was still a teenager when he moved so we’re keeping him in here. Currently being more or less adequate for Southampton, where he has somehow spent nearly five years.

Oh, speaking of Southampton players, Bertrand – like Romeu – came off the bench in a 4-0 win over Portsmouth in 2012.

Played 90 minutes at Middlesbrough in 2013, a couple of months after his Premier League bow, but Bournemouth came in with a big-money bid to take the defender off Chelsea’s hands in 2017 and he’s still on the south coast today.

Made his cup debut in one of Jose Mourinho’s academy player box-ticking exercises in 2014. Still at Chelsea (and on loan at Fortuna Dusseldorf), but we can’t see that being true for much longer.

Christensen, who’s still at Chelsea, got his first taste of FA Cup action in the shock 4-2 defeat at home to Bradford City in 2015.

A scorer on his FA Cup debut against Scunthorpe in 2016, Loftus-Cheek is currently on the verge of a return from his latest injury and was recently back on the bench at Stamford Bridge.

Traore also earned his bow against Scunthorpe, as a late sub for Diego Costa, but spent the following season out on loan before moving permanently to Lyon, where he plays his football today.

Aina’s only FA Cup minutes for Chelsea came against Peterborough in 2017. He joined Torino permanently in 2018 after a loan spell and has already racked up 20 games this season for the Italian club.

Chalobah started against Peterborough, returning from multiple loan spells to play 15 times for Chelsea in the 2016-17 season, but was picked up by Watford on the cheap at the end of that campaign.

The Englishman has come back from the cold at Vicarage Road to feature more regularly under Nigel Pearson, coming off the bench in the recent win against Liverpool.

Went out on loan just a few weeks after replacing Kenedy in a cup draw with Norwich in 2018, and has been temporarily away from west London more or less ever since.

Sterling played the closing minutes of that Norwich game – still his only FA Cup minutes before a series of loans – but he’s still only 20 years old.

Like the aforementioned Romeu, Ampadu played professional minutes before joining Chelsea but was still a kid – 17 years old, to be precise – when he made his FA Cup debut in the replay against the Canaries.

Spending the current season on loan at RB Leipzig, and played 90 minutes in the Champions League last 16 win at Tottenham.

"Footballers train for games like this every day. We watched Tottenham's game on the weekend and thought they were a great team with fantastic players."#TOTRBL pic.twitter.com/Vibuw9Nxsf

One of Chelsea’s most impressive academy products, Hudson-Odoi already has more than 50 senior games under his belt. The first of those came in 2018, in a cup win over Newcastle.

A replacement for Cesc Fabregas in a win over Hull in 2018, Scott failed to add to his one Chelsea appearance before joining Newcastle over the summer. He’s still waiting for his competitive debut for the Magpies.