How new Stamford Bridge would compare to rest of Europe 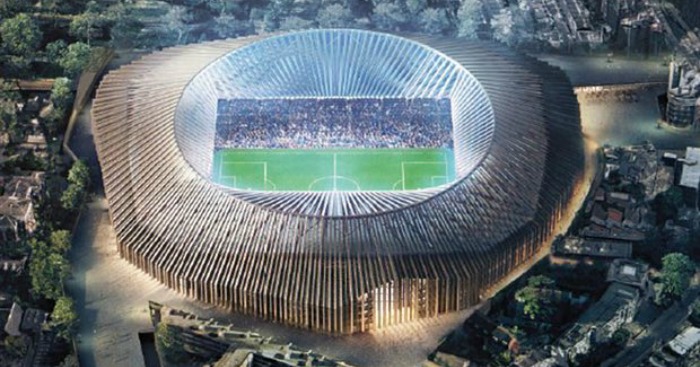 Chelsea have been given the green light to start work on their £500million redevelopment of Stamford Bridge.

The stadium’s current capacity of just over 40,000 is somewhat modest for a club with the recent success of Chelsea, and the work will mean the Blues will be able to welcome 60,000 fans.

Chelsea could temporarily move to Wembley while the work is being done, with a potential return to Stamford Bridge set at the 2021-22 season.

The west Londoners currently have only the ninth biggest stadium in England, but the plans will leave them with the joint-fourth biggest in the country alongside West Ham’s Olympic Stadium.

They will, however, still fall short of some of the biggest stadiums in Europe which are used by club sides.

Mayor of London, Sadiq Khan said in a statement: “Having taken a balanced view of the application, I’m satisfied this is a high-quality and spectacular design which will significantly increase capacity within the existing site, as well as ensuring fans can have easy access from nearby transport connections.

“I’m confident this new stadium will be a jewel in London’s sporting crown and will attract visitors and football fans from around the world.”