7 stats behind Christian Pulisic’s amazing performances for the USA 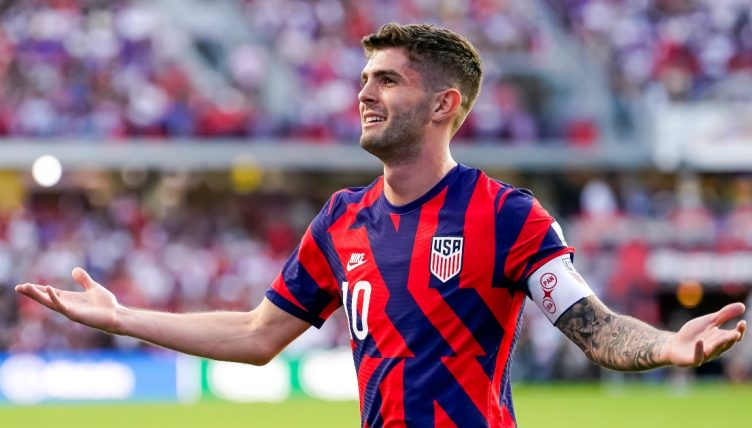 Chelsea winger Christian Pulisic is the USA’s very own Captain America when it comes to football, and his hat-trick against Panama to send them to the World Cup only confirms that.

You can mock their Americanisms all you like, from their decisively not-European chants to their persistence with calling the game soccer, but Pulisic is the trailblazer who demonstrates his nation is only getting better.

Not only does he regularly captain the side, but he’s performed at a consistently high level for his nation since his debut in 2016 and now has finally helped them back to the World Cup.

After they missed out on World Cup qualification in 2018, US football had a lot of soul searching to do.

But one thing that was certain about the future was that Pulisic was going to be the core of the side and now, with a return to the World Cup in 2022 almost certain, it’s clear he has repaid his nation’s faith in full.

The US defeated Panama 5-1 in their penultimate World Cup qualifying match with Pulisic’s hat-trick all but securing the nation a spot at this year’s World Cup.

“He was on the field when we didn’t qualify. And this was us saying to him, ‘This is a new group. This is a new team and you’re a leader,’” US head coach Gregg Berhalter said of handing Pulisic the captain armband for the match against Panama.

“When I look at his performance, besides the three goals and the hat trick, I think everything else was in line.

“Everything else was exactly what we needed him to do in terms of his work rate, his effort, his energy, his intensity, and his leadership.”

Here are seven stats behind Pulisic’s performances for the USA. Go team!

– In 2018, Pulisic became one of the youngest captains in the history of international football when he led his team out against Italy in a friendly. He was 20 years and 63 days old, with only Brazil’s Ze Elias widely accepted as being younger when he captained his national team at 19 years old in an official international friendly against Romania before the 1996 Olympics.

– Pulisic has scored 21 goals in 47 appearances for the US at a rate of one goal every 150 minutes. 17 of them have come in competitive matches, be it World Cup Qualification, the Gold Cup, or the CONCACAF Nations League.

– He’s also assisted 10 times for the US, for a total of 31 direct goal contributions in 47 games. That means he has a goal or assist per cap ratio of around 0.66, so more than a goal or assist every other match.

– Pulisic’s 21 goals mean that he is already the joint seventh-highest goalscorer in the history of the US national team at just 23 years old. He will have his eyes on the current joint-leaders Clint Dempsey and Landon Donovan, who hit 57 each.

– Despite that, his hat-trick against Panama was his first for the USA. It was the nineteenth hat-trick in the history of the US men’s national team, with the last coming courtesy of Weston McKennie who scored three in the first 13 minutes of the match against Cuba in 2019.

– He has won one trophy with the US, the delayed 2019-20 CONCACAF Nations League last year. During the final against Mexico, he scored the winning penalty in extra-time and lifted the trophy as captain.

PULISIC SHUSHES THE MEXICO FANS AFTER THEIR DISRESPECTFUL CHANTS EARLIER.

– Pulisic has been the US’ leading goalscorer in their qualification campaign for the 2022 World Cup. He has scored five goals in nine appearances and helped lead his nation back to football’s showpiece event, although he is some way off Canada’s Cyle Larin who leads the scoring charts for the CONCACAF qualifiers with 13 goals.