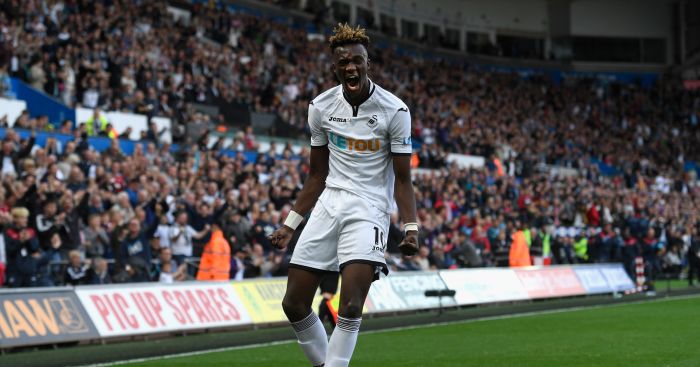 Chelsea, Manchester United and Tottenham can be pleased by the progress of some of their loanees, but it’s a different story for Arsenal and Liverpool.

Before the start of the season we compiled a list of one Premier League loanee from each club to keep an eye on as they develop with exposure to more first-team football.

And we’ve looked back at those ‘ones to watch’ to see how well they’re faring at their respective new clubs.

Emiliano Martinez: The Gunners keeper joined La Liga side Getafe until the end of the season in the search of more game time. It hasn’t gone to plan as he is being kept out of the side by Vicente Guaita, despite being handed the No.1 jersey.

Ryan Allsop: The keeper has managed to keep four clean sheets in 11 appearances for Blackpool this campaign to help them to ninth in League One.

Christian Walton: He started the first four matches of the League One campaign for Wigan, keeping two clean sheets in the process. However, he suffered a broken leg which could rule him out for most of the campaign.

Chris Long: The striker has started five matches with a further three appearances off the bench for Northampton Town in League One. The highlight so far came in the 3-1 victory over Portsmouth as he bagged the only two goals of his loan spell to date.

Tammy Abraham: Following a successful spell at Bristol City last season, the Blues loaned Abraham out to Premier League side Swansea this term. The 20-year-old has enjoyed a strong start with three goals in nine matches for the Swans. Now Nigeria are hoping to convince the striker to switch international allegiances after representing England at youth level.

England could fast-track Chelsea’s Tammy Abraham into their senior set-up to prevent him being snapped up by 3-time African champs #Nigeria. pic.twitter.com/VqPGFoq9xR

Jonny Williams: At the time of writing the list in early August, Palace didn’t have any players out on loan. Williams did eventually go out on loan to Sunderland and he has yet to contribute with an assist or goal, while he hasn’t been involved in a victory yet.

Kieran Dowell: A member of the England Under-20 side crowned world champions this summer, the midfielder has impressed in his eight starts for Nottingham Forest. He has scored twice – the latest was the winner in their last match against Sheffield United – and provided one goal for his team-mates.

Jack Payne: The on-loan Terriers midfielder leads the League One assists standings with seven for Oxford after only 11 appearances. If he carries on this form it could be a fruitful season for The U’s.

Bartosz Kapustka: The winger failed to make a Premier League appearances for Leicester last season and was loaned to Freiburg for this campaign. He has played 21 minutes as a substitute for the Bundesliga outfit so far and, at this rate, it seems unlikely that the Germans will take up their reported €5million option to buy him at the end of his loan spell.

Pedro Chirivella: The central midfielder only has one assist to show from six starts for Eredivisie side Willem II, who find themselves rock bottom of the standings.

Douglas Luiz: The Brazilian has played 151 minutes of La Liga football for Girona so far this campaign, including 90 minutes as they lost to Barcelona 3-0.

Sam Johnstone: The keeper pulled out a man of the match performance in the Championship as Aston Villa drew 0-0 with Brentford, one of five clean sheets Johnstone has kept in 11 appearances for Villa as they slowly climb the table.

Sam Johnstone: Has kept more clean sheets (13) than any other Championship goalkeeper in 2017 pic.twitter.com/LvR4ISRF7h

Adam Armstrong: He launched his career on loan at Coventry in the 2015/16 season with 20 goals. However, his spell at Bolton this campaign hasn’t gone according to plan, with Bolton sat at the foot of the table, while Armstrong has yet to score in the league.

Harrison Reed: He has already shown he can compete at Premier League level in dribs and drabs, but a loan move to Norwich has tested him. A goal and an assist in six starts is a good return for Reed and it bodes well for the rest of the campaign.

Ryan Sweeney: The Republic of Ireland Under-21 international had a productive loan spell at Bristol Rovers at the end of last term and the League One side decided to bring the defender back again this season. In nine matches, he has been sent off, scored twice and failed to be involved in a defence that have kept a clean sheet in the league. Certainly eventful then.

Borja Baston: Prolific spells at Real Zaragoza and Eibar convinced Swansea to part with £15.5million for Baston in 2016. However, after a disappointing season for the Swans in 2016-17, the Spaniard has followed it up with a poor beginning to 2017-18. No goals or assists for the striker as Malaga find themselves at the foot of La Liga, having only amassed one point so far.

Can you name the top 30 players to have made the most PL appearances?

Josh Onomah: It has been a promising start to the midfielder’s loan spell at Aston Villa but, despite his good impression, it has only been since his withdrawal from the side that results have picked up for Steve Bruce. A goal and a man of the match performance in an away draw against Bristol City was a particular highlight of the spell to date. Onomah may have to settle for being effective off the bench while results stay the same.

Dennon Lewis: Crawley Town are struggling near the foot of League Two this season with a fairly tight defence not complemented by their blunt attack. Injury ruled forward Dennon Lewis out of four recent matches and has only made one start with his other five appearances coming from the bench.

Yuning Zhang: Following an impressive pre-season at Werder Bremen, there was much hope that Yuning Zhang would make a good start in the Bundesliga. However, the Chinese striker has yet to play a single minute this term.

Reece Oxford: Confusion surrounds the future of Oxford, who joined Borussia Monchengladbach on a two-season loan in the summer transfer window. Reports suggested that the defender was annoyed that his loan deal was due to be cut short without making an appearance for the Bundesliga side, but Hammers academy chief Terry Westley says that Oxford will be staying in Germany.