Club-by-club: How Premier League loanees are faring so far this term 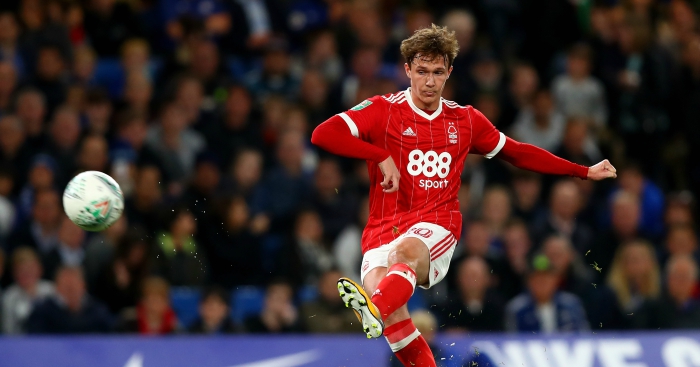 Everton and Manchester United will be encouraged by the progress being made by some of their loan players, but it’s a different story for the likes of Arsenal.

An array of young talent has left the Premier League over the course of the season in order to benefit their development.

On the eve of the 2017-18 campaign, we picked one player from each club to keep an eye on while out on loan, and we’ve revisited each name to see how they have fared.

Emiliano Martinez: The idea was to send Martinez on loan to Getafe to allow the goalkeeper to play first-team football.

So far he has played only three times in La Liga, keeping one clean sheet, and was briefly linked with a loan move to Leeds in January.

Ryan Allsop: Eddie Howe said Bournemouth were “pleased” with Allsop’s “good, productive spell” at Blackpool, where he made 22 League One appearances in the first half of the season.

But the goalkeeper dropped down to League Two on deadline day, joining Lincoln on loan, and was on the bench for the fixture with Swindon at the weekend.

It doesn’t look too promising for the 25-year-old, whose contract at Bournemouth expires in the summer.

Christian Walton: The gigantic stopper started the season as Wigan’s first-choice, but an ankle injury saw him return to Brighton.

However, the Latics have since re-signed Walton and the 22-year-old has once again established himself as the League One leaders’ No.1.

Christian Walton has kept 8 clean sheets in 9 league games for @LaticsOfficial since returning from injury – and the goal he conceded (at Plymouth) was a penalty. He’s only conceded 2 other league goals this season + 1 of those was by a Wigan player Alex Bruce when he was at Bury pic.twitter.com/JSubWuzRWN

Chris Long: Northampton have struggled in League One this term, sitting just one point above the drop zone, but 22-year-old forward Long has gained some invaluable experience, scoring eight goals in 26 appearances.

Tammy Abraham: Abraham has made his England debut while on loan at Swansea, but after a promising start in which he had scored five goals by October, the striker has failed to score since.

An injury at the end of December means he is yet to appear in the Premier League under new boss Carlos Carvalhal.

Jonny Williams: Palace didn’t have a single player out on loan when we first wrote this list before we eventually plumped for Williams.

Injuries have disrupted the Wales midfielder’s spell at Sunderland, though he has at least been reunited with former international boss Chris Coleman.

Kieran Dowell: The England Under-20 World Cup winner has shone at Nottingham Forest this season, hitting 10 goals and prompting suggestions Everton could have recalled the talented attacking midfielder in January.

Jack Payne: The attacking midfielder caught the eye at Oxford for the first half of the season, scoring seven goals and assisting a further 12, before he was recalled by Huddersfield.

He was promptly sent to Blackburn in January, where he could earn a third promotion in three years.

Bartosz Kapustka: Eighteen months on, all of Leicester’s signings from the summer of 2016 have left the club.

Kapustka is one of four players out on loan, but three Bundesliga starts at Freiburg suggests it’s probably not going to happen for the winger.

Pedro Chirivella: Two assists in 18 Eredivisie starts for Willem II, who are admittedly flirting with the bottom of the table.

Douglas Luiz: In November, Luiz was named No.7 in FourFourTwo’s list of the top 100 teenagers in world football, but the Brazilian has struggled to break into Girona’s starting XI, making just one start and a further 12 appearances off the bench.

Sam Johnstone: “We hope Sam Johnstone will be our keeper for the next five years,” Steve Bruce said at the weekend. Let’s just say the goalkeeper’s spell at Aston Villa is going well.

Seriously think Sam Johnstone might be England's number one. #avfc

Adam Armstrong: An unproductive loan move to Bolton ended after the first half of the season and the striker has now dropped to League One to bolster Blackburn’s attack.

Harrison Reed: “Coming out on loan, I realised what I’ve been missing with first team football,” Reed said earlier this season after a difficult start to life at Norwich City.

The midfielder has gone on to make 28 appearances in all competitions, recently filling in at right wing-back.

Ryan Sweeney: The 20-year-old centre-back has featured prominently for Bristol Rovers this term and has also shown a handy knack for scoring goals, with four to his name in 25 games.

Borja Baston: No longer Swansea’s record signing following the January arrival of Andre Ayew. The 25-year-old has not been as prolific in La Liga as in the past, scoring just twice for Malaga.

Roque Mesa (signed for £11m) joins Borja Baston (£15.5m), Jordi Amat (£2.5m) and Jefferson Montero (around £4m) in the list of Swansea players out on loan. For a club its size, that's a waste indicative of poor recruitment. https://t.co/LDIb0EShil

Josh Onomah: The attacker has found it increasingly difficult to break into Villa’s starting XI since the turn of the year with Steve Bruce’s side flying in the Championship. The 20-year-old has still scored four times and provided one assist in 29 appearances.

Dennon Lewis: Lewis returned to Watford in January having failed to make an impact at Crawley Town in League Two. Eyes will now be on how Isaac Success performs at Malaga.

Yuning Zhang: Yet to make his competitive debut for Werder Bremen, but he has at least discovered rice pudding in Germany.

Describing his pre-match routine to Bild in August, the forward said: “I often have two or three pots of rice pudding with lots of sugar. I’d never had it before, but I can tell you now: I absolutely love it!”

Reece Oxford: Oxford joined Borussia Monchengladbach on a two-year loan deal in the summer, was recalled by West Ham last month, and then rejoined the Bundesliga outfit until the end of the season.

“This is one of the best teams I’ve been at,” he said. “I just wanted to come back here and be a part for the remainder of the season. It’s all about getting games and minutes.”