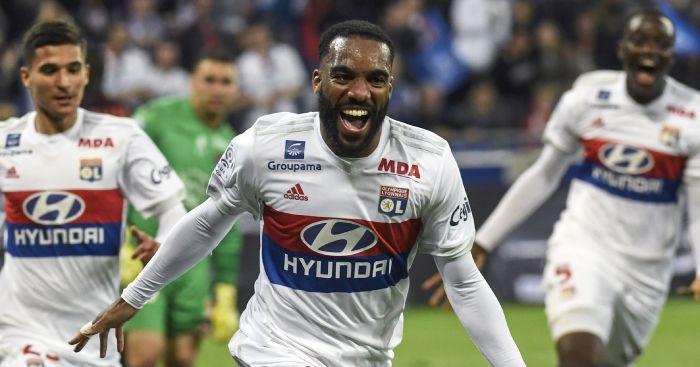 Arsenal are reportedly close to signing Lyon striker Alexandre Lacazette – but how do his 2016-17 statistics measure up against Olivier Giroud’s?

Olivier Giroud struggled to get regular starts last season, with Alexis Sanchez often preferred in the central striking role, but the prospect of the Chilean supplying the ammunition for Lacazette is likely to have Gunners fans salivating.

The question is, which Frenchman would they be better off with up front? Here’s what the stats say…

Lacazette (2408) played a lot more minutes than Giroud (1198), however, and despite the higher volume of goals, his record of a goal or assist every 78 minutes only just beats Giroud’s one every 80 minutes. 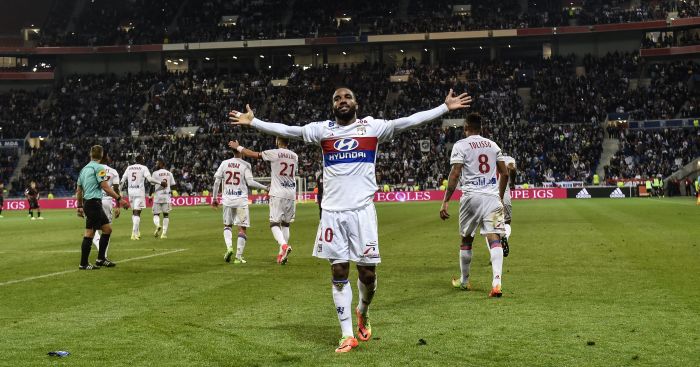 Strikers are often judged on their goals rather than other facets of their game, but much more is demanded of the No.9 these days, particularly when they are asked to play without a partner.

Creating chances for team-mates is certainly an important part of any centre-forward’s game, and Lacazette (1.7) outweighs his international team-mate (0.6) when it comes to key passes.

Lacazette (28.2) attempts over twice as many passes per 90 minutes than Giroud (12.7), suggesting he is more comfortable dropping deep to pick up the ball. Furthermore, he finds his man 78% of the time compared to Giroud, who was successful with 71.5% of his passes last season.

Not known for his dribbling, Giroud only attempts 0.1 dribbles a match whereas Lacazette takes on his opponents 1.6 times a match. However, Lacazette loses possession 4.1 times a match compared with Giroud, who only gives the ball away on 2 occasions per game.

Lacazette – who has played at every youth level for France as well as the senior side – attempts 2.8 shots per game, with Giroud lagging behind with only 1.3 shots per 90 minutes.

A work of art 🦂. Can't really get over the spectacular scorpion kick scored for @arsenal by Olivier Giroud in the PL season 16/17 😍 #COYG pic.twitter.com/lxaUJGWsh0

Defending isn’t always the first thing you look for when looking down a list of potential strikers to sign, but their role in the team effort is becoming more important nowadays.

Arsenal are better with the ball, so Arsene Wenger’s strikers invariably have to put pressure on the opposition high up the pitch in an effort to win it back.

Pep Guardiola once said his Barcelona side were “a horrible team without the ball so I want us to get it back as soon as possible. That notion can also be applied to Arsenal.

Tackles and interceptions in the opposition half can give the attacking side a chance to catch the defence off guard.

Based on their 2016-17 league stats, Giroud makes 0.7 tackles or interceptions a match in comparison to Lacazette’s 1.1 per match. However, Giroud does make more clearances (0.6) than Lacazette (0.1).

Giroud gave away fewer fouls as well, committing only 0.7 per 90 minutes compared with Lacazette’s 1.8.

It’s rare to see Giroud go into a full-blooded challenge, with only two yellow cards to his name all season, while the Lyon striker is almost as good with only three yellow cards in Ligue 1.