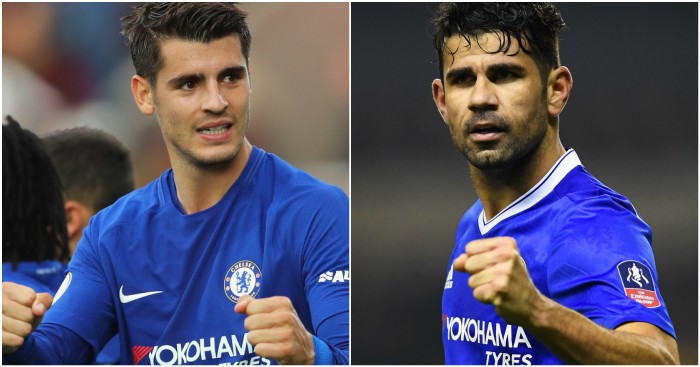 Alvaro Morata has got off to a decent start in terms of goals as he looks to fill Diego Costa’s boots at Chelsea, but how well does he compare to his predecessor in other respects?

With Costa scoring 20 goals in the Premier League for Chelsea last season, Antonio Conte’s decision to make him available for transfer and seek a replacement was a brave one.

Morata was always going to come under scrutiny, therefore, but a hat-trick in the 4-0 win at Stoke City on Saturday took him to six goals from five starts and one substitute appearance in the Premier League.

it’s an impressive return for a player undoubtedly still adapting to a new league and country, but with Costa’s return to Atletico Madrid now agreed, how is Morata measuring up as his replacement in other areas?

As a centre-forward, both players will ultimately be judged by the number of goals they score. And in this respect, Morata has a lot to live up to.

Over three seasons at Stamford Bridge, Costa netted 52 Premier League goals, breaking the 20-goal barrier in both title-winning campaigns. The Brazil striker scored a goal every 145 minutes throughout his time at Chelsea, with one coming every 154 minutes in his final season with the club.

Though Morata’s Chelsea career is only six appearances old, he is off to a flying start with a goalscoring rate of one every 76 minutes. Whether he can sustain such a rate, we will see, but Conte can take hope from the fact that Morata netted a goal a game – one every 89 minutes to be precise – in La Liga despite him never being first-choice at Real Madrid.

Morata, so far, has also been more efficient with his chances. With a shot accuracy rate of 67 per cent and a shot conversion rate of 50 per cent, the 24-year-old has been more impressive than Costa, who hit the target with 53 per cent of his opportunities last season and converted 25 per cent of his chances.

The pair’s big chance conversion rate tells a similar story: Morata has made 62 per cent of his big chances count, while Costa did so only 37 per cent of the time last season. 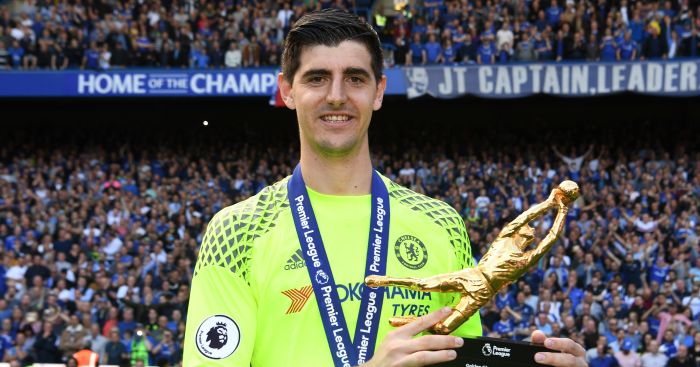 QUIZ: Can you name every goalkeeper to play for Chelsea in the Premier League?

Playing as a pivot striker, Conte expected Costa to bring others into play – and the same goes for Morata.

Morata, in addition to scoring six times, has already laid on a couple: one on his debut against Burnley and another during the win at Everton. Like his goalscoring ratio, whether he can sustain an assist every 229 minutes remains to be seen.

Costa, though, tended to be more involved in Chelsea’s team-play. He played 30 passes per game last term and was accurate with 75 per cent of them, which compares well against Morata’s 20 passes per game so far, 69 per cent of which have found a team-mate. Costa also averages 12 touches per game more than Morata and almost a couple of touches in the opposition box more too. 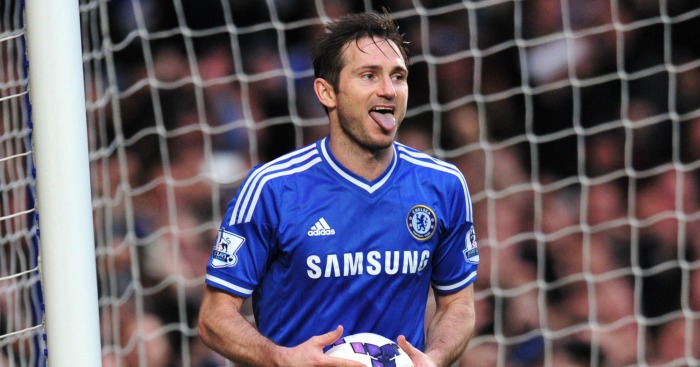 Costa was also more involved in helping Chelsea to defend from the front than Morata has been so far. Last season, Costa engaged in 17 duels per game, winning 36 per cent of them, compared to Morata’s 28 per cent success rate in 14 per match.

Morata has yet to win his first tackle in the Premier League. He has attempted just one and failed in that. Costa attempted a tackle every two games last term, winning half of them.

Morata, though, with an extra inch in height, has been more successful in the air. Both contested five aerial duels per game, but Costa won only 29 per cent of his, compared to Morata’s 44 per cent success rate.

Conte said last week that Morata could be more aggressive which, by reputation at least, is not something Costa lacked. But so far, Morata (1.58) has conceded marginally more fouls per game than Costa (1.25), while Costa won three fouls per match last term, compared to one per match that Morata has earned in his six appearances.