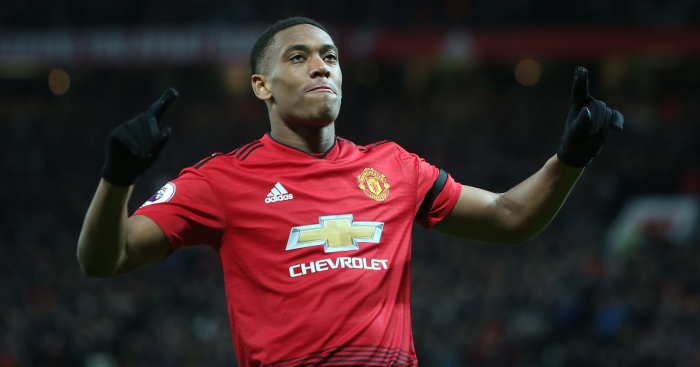 Anthony Martial has rediscovered some of his best form in recent weeks for Manchester United – but how do his stats compare to his competition for a place in the starting XI?

Martial’s future at Old Trafford has been in doubt for some time after the forward reportedly fell out with Jose Mourinho, but he appears back in the manager’s good books after a string of impressive displays in October.

We’ve compared Martial’s 2018-19 Premier League stats to those of Marcus Rashford, Alexis Sanchez, Juan Mata and Jesse Lingard to see who is most deserving of a place in Mourinho’s side.

With four goals in his last three Premier League appearances, Martial is the most prolific goalscorer among the quintet, although he is yet to provide an assist.

Rashford, Sanchez and Mata have all recorded one goal and one assist, while Lingard is yet to trouble either statistic this term.

Despite his fractious relationship with Mourinho, Martial has actually played the most minutes (441) in the league so far, leaving with the record of a goal or assist every 110.25 minutes – again the best of the five players.

Sanchez (a goal or assist every 180.5 minutes) and Rashford (one every 186 minutes) have similar records, with Mata slightly down at one every 206 minutes.

Despite being a much-maligned figure since joining the Red Devils from Arsenal, Sanchez actually creates more chances per 90 minutes (three) than any of his peers.

Martial still impresses in this regard, creating two chances per 90 minutes, followed by Mata (1.1), Lingard (one) and, finally, Rashford (0.5).

It is a similar story for Rashford in terms of dribbles, with the England international completing the fewest per 90 minutes (0.5) at also the lowest success rate (18.5%).

Mata clearly picks his moments well. He completes the second fewest with 0.7 per 90, but has the highest success rate at 63.6%.

For those familiar with his time at Arsenal, Sanchez unsurprisingly attempts the most shots per 90 (2.7), although his accuracy of 44.4% is at least the second best among the five players.

Lingard’s lack of a goal may be explained by the fact that only 20% of his 2.5 shots per 90 hit the target.

Mourinho famously demands a lot of his forwards when his team is out of possession, and the stats suggest this is the big weakness of Martial’s game.

Sanchez and Rashford have identical tackling records (1.7 per 90 at 77.3%), although the England attacker completes the joint second fewest interceptions with 0.5 per 90, level with Lingard.

Mata makes 0.9 interceptions, but Sanchez comes out on top in this regard with one per 90 minutes.