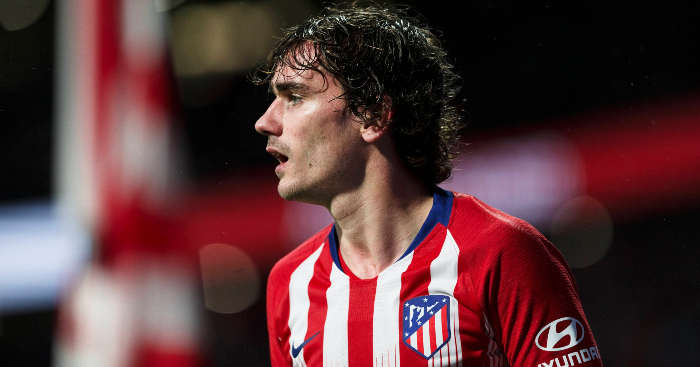 Antoine Griezmann has announced that he’s leaving Atletico Madrid at the end of the season, and reports suggest Barcelona is the most likely destination.

Diego Simeone will have yet another big rebuild on his hands, with Diego Godin joining Inter and key midfielders Saul and Rodri also potentially leaving, while Barcelona want a statement signing after their unceremonious exit from the Champions League.

Unsurprisingly, Messi rules the roost in terms of goals and assists. Not just in this context, but in all of Europe’s top five leagues, with 34 goals and 13 assists in La Liga, not to mention being top scorer in the Champions League with 12 goals. He scores or assists every 55 minutes in the league.

In comparison to the mere mortals, though, Griezmann stacks up pretty well. He’s scored 15 goals and provided nine assists in the league – only Suarez has more combined goal contributions, with 21 goals and six assists. Suarez records a goal or assist every 104 minutes, while Griezmann averages a direct contribution per 129 minutes.

It remains to be seen whether the World Cup winner would compete with Suarez for the centre-forward role, or with Dembele or Coutinho as a wide forward.

Dembele has struggled with injuries again this season but contributed some important goals, averaging a goal (eight in total) or assist (five) every 128 minutes. Coutinho, coming under heavy criticism and linked with a move this summer, has just five goals and two assists in the league, averaging a contribution every 289 minutes.

What a free kick from Antoine Griezmann 🎯

He gives Atleti the lead just before half time… pic.twitter.com/1kd0Fq9jaM

Messi is also the most prolific shooter, averaging 5.0 shots per 90. Griezmann averages 3.1 shots, just behind Suarez on 3.4. Coutinho and Dembele take fewer shots at goal, averaging 2.0 and 1.3 respectively.

One area that Barcelona seemed particularly lacking in the shocking 4-0 defeat to Liverpool was in their work rate and pressing in the final third, with Messi, Coutinho and Suarez looking overrun by Liverpool’s gegenpressing gang.

In this regard, there’s a logic in bringing in Griezmann, who works tirelessly for Simeone’s side.

Griezmann is slightly up, averaging 0.8 tackles per game, 0.3 interceptions and 0.5 fouls per game.