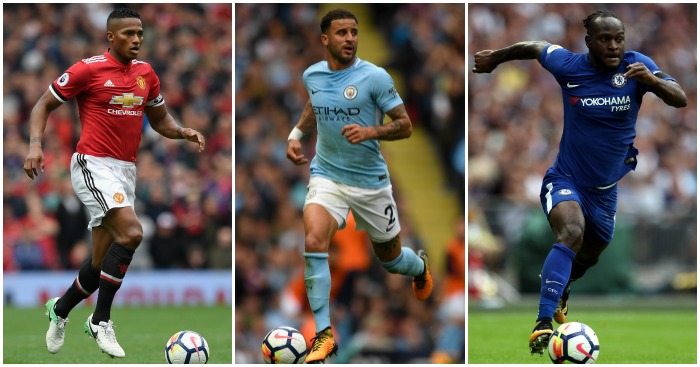 Gary Neville believes Antonio Valencia is good enough to remain Manchester United‘s right-back for the foreseeable future – but how does the Ecuadorian compare to his rivals at Manchester City, Chelsea, Tottenham, Arsenal and Liverpool?

“He’s been absolutely outstanding for the last 18 months, two years. I had doubts as to whether it could last in the long term with him, I thought it was more of a stop-gap until they signed a right-back. But he’s the real thing.”

Gary Neville knows a right-back when he sees one, and the Sky Sports pundit is now convinced Valencia, 32, is the permanent solution to what has been a problem position for United since he hung up his boots six years ago.

“United don’t need to sign a right-back,” Neville said on Sunday after Valencia had opened the scoring in United’s 4-0 win over Everton.

“To think they signed Matteo Darmian as the right-back, Valencia is head and shoulders above him. He is a top right-back now. He’s strong, quick, supports the attack, and doesn’t make any mistakes.”

Indeed, Valencia not only followed in Neville’s footsteps by making the right-back position his own; he is also now the man most often in possession of the captain’s armband. 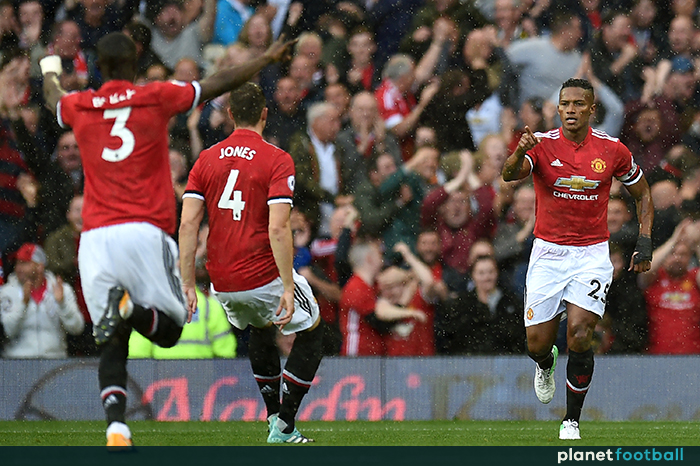 He is not a big, brash personality or, like Neville, a big talker – he swerved the post-match interview on Sunday, leaving Romelu Lukaku to accept the Man of the Match award on his behalf – but he leads by example, and Mourinho loves him for it.

“I just think he is the best right-back you can have. There is no better right-back in football,” said the manager after Valencia extended his contract back in January. “It is a privilege for us to have such a good player and such a good man.”

Few would doubt Valencia’s character, but is he, as Neville says, the real thing? Is Mourinho right to suggest “there is no better right-back in football”?

How does his contribution measure up against that of Kyle Walker, Kieran Trippier, Hector Bellerin, Victor Moses, Joe Gomez and Trent Alexander-Arnold?

Well, so far this season, of the right-sided defenders in the top six sides, only Walker and Moses (0.3) have been dribbled past (marginally) fewer times per game than Valencia (0.4).

Bellerin, who is the only other player listed to have played every minute of his team’s Premier League matches so far, has been beaten 0.6 times per game. Tripper of Tottenham has been dribbled past 0.8 times, while both Liverpool right-backs have been beaten on average once per game.

Bellerin has engaged in most duels (52), but the Arsenal defender has the lowest success rate, winning only 35 per cent of them. Valencia and Alexander-Arnold have each won 58 per cent of their duels, one per cent more than Walker’s success rate.

Gomez has played fewest minutes but he (3.48) and Alexander-Arnold (3.01) lead the way for tackles attempted per 90 minutes – perhaps not surprising considering Jurgen Klopp’s preference for a high-pressing game.

Gomez also has the best tackle success rate (43 per cent), which is 20 per cent more impressive than anyone else, and considerably better than Valencia, who has won just 12 per cent of his.

Walker and Valencia are tied on nine for most clearances so far this season, though Alexander-Arnold (2.68) has made more per 90 minutes than either of the Manchester-based stars. Valencia, though, has made the most headed clearances, with six in five games averaging out at 1.2 per 90 minutes.

Switching the focus to their attacking roles, only Valencia has got his name on the scoresheet, owing to his stunning strike against Everton.

It will come as no surprise, given the expectation placed upon him by Pep Guardiola to get forward, and the firepower surrounding him, that Kyle Walker has most assists of any of the right-backs.

Manchester City played with a four-man defence at Watford on Saturday, but Walker, and Benjamin Mendy on the left, played almost as wingers, with Fernandinho screening the two centre-halves, boxing in Watford’s lone frontman Andre Gray.

Gomez is the only other right-back to have an assist to his name, but no one has created as many chances as his Liverpool team-mate, Alexander-Arnold.

The 18-year-old has laid on nine opportunities, which is three more than anyone else, despite playing fewer minutes than anyone other than Gomez. 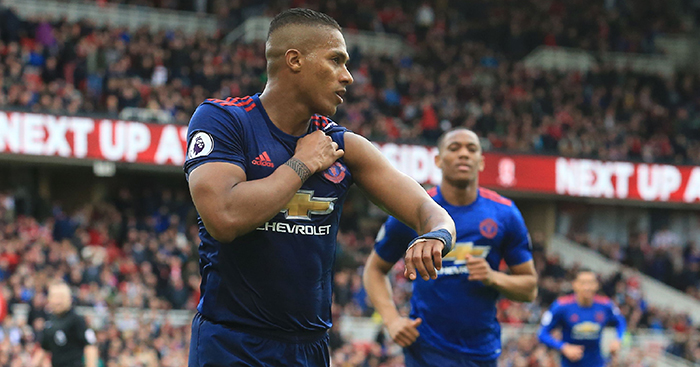 With Alexander-Arnold creating an average of three chances per 90 minutes and Gomez weighing in with 2.5 per 90 minutes, the fact that Liverpool are tied with Tottenham on 77 as the sides who have created most chances will stun no one. Their finishing, however, has often let them down.

No less unsurprising is the fact that Valencia and Walker dominate for touches and passes per game.

City’s £50million summer signing averages 64 passes per 90 minutes, which is five more than Valencia, and more than three times that of Moses (20), but the United captain has marginally more touches on average per game: 84 compared to Walker’s 83.

Despite making considerably fewer passes, Moses leads the way for dribbles attempted on 2.89 per 90 minutes ahead of Valencia (2.4) and Bellerin (2.2).

Valencia has the most impressive dribbles success rate, however, with his 58 per cent more than double Bellerin’s rate (27 per cent). Gomez has completed 100 per cent but has only attempted a single dribble all season! 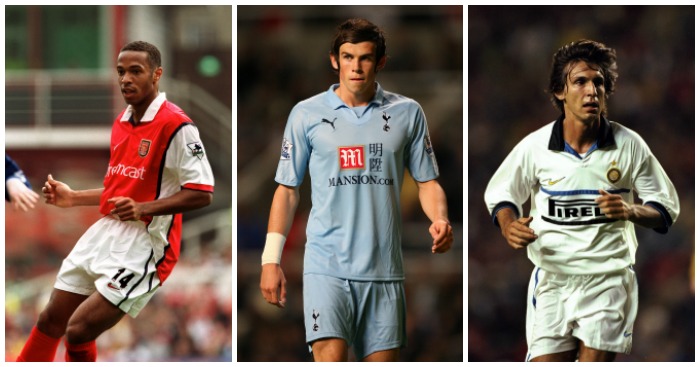 Perhaps typically of a former winger, Valencia (25) has attempted more than twice the number of crosses in open play than anyone else. Given United’s height and power in attack, that adds up.

Equally, United fans who remember Valencia’s propensity to rattle a defender’s shins with his crosses when he played further forward, will probably just shrug upon hearing that the United skipper has the lowest crossing accuracy rate – just 12 per cent.

First and foremost, Mourinho wants his defenders to be able to defend, and Valencia is strong in this regard. He has rarely been dribbled past so far this season, wins most of his duels (though not his tackles) and is trustworthy in the air in his own box.

Going forward, while many of United’s rivals at the top of the Premier League who operate with a three-man defence place more emphasis on the attacking contribution of their wing-backs, Valencia is often just as adventurous.

There is clearly room for improvement in that regard, but the stats don’t paint accurately the consistency and reliability that Valencia offers which Mourinho finds so endearing. Remember, the former Real Madrid boss attempted to sign Valencia when he was at the Bernabeu – his admiration is long-standing.

Overall, Valencia probably is the best right-back for Mourinho. As a winger-turned-defender, the 32-year-old ticks all the boxes for a solid-but-dynamic full-back who can switch seamlessly into the role of a wing-back should United need to change shape.