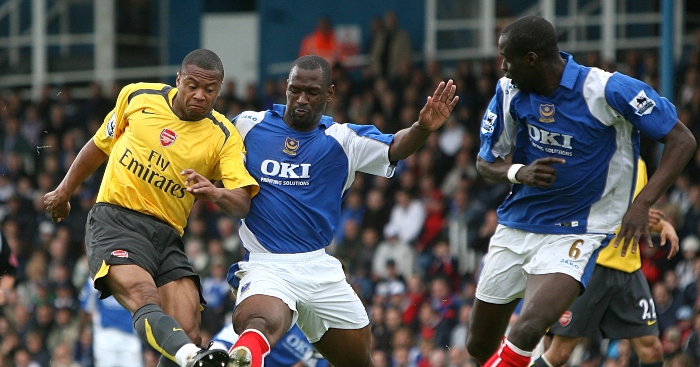 Arsenal supporters’ groups have called for Stan Kroenke to “reinvigorate” the club after expressing their dissatisfaction with the American’s ownership.

Kroenke first invested in Arsenal in April 2007 before becoming majority shareholder in 2011.

We’ve taken a look at the last Arsenal starting XI before Kroenke’s initial investment, which came in a 4-1 defeat at Liverpool, to the side which was beaten 4-1 by Chelsea in the Europa League final at the end of 2018-19.

Jens Lehmann’s contract was due to expire at the end of the 2006-07 season, only for the goalkeeper to sign a one-year extension later that April.

However, the professional lunatic lost his place in the side to Manuel Almunia the following campaign – a decision he didn’t exactly take well.

It was a similar story at Arsenal in 2018-19, with the more experienced Petr Cech gradually phased out of the side to be replaced by a new No.1 in Bernd Leno.

Cech was given a farewell appearance in the Europa League final, but it was an unhappy occasion for the stopper as he conceded four against his former club before retiring to return to Stamford Bridge on Chelsea’s backroom staff.

Arsenal may have already begun to show some defensive frailties in 2006-07 – as losing 4-1 at Anfield proved – but the back four was much more settled in comparison to the chopping and changing which took place under Unai Emery last term.

Toure and Gallas especially were two players considered among the better defenders in the Premier League, while Clichy was a promising full-back and Eboue had impressed the previous season in the Gunners’ run to the Champions League final.

Emery’s first season in charge of Arsenal was characterised by often switching between a back four and a back three.

Having finally lost patience with Shkodran Mustafi, Emery plumped for Sokratis, Laurent Koscielny and Nacho Monreal as his three centre-backs in the Europa League final, with Ainsley Maitland-Niles and Sead Kolasinac deployed as wing-backs.

Given Monreal is better known as a left-back and Maitland-Niles has said he sees himself as a midfielder, that’s not exactly ideal.

A quick look at Arsenal’s midfield four which played in the defeat to Liverpool perhaps sums up both the good and the bad of the second half of Wenger’s reign.

Alexander Hleb and Cesc Fabregas were both superb creative talents but were both eventually picked off by Barcelona – although Hleb told us he still regrets leaving north London for the Camp Nou.

Abou Diaby was another excellent footballer, only for his career to be ruined by persistent injury problems. The less said about Denilson, however, the better.

Like his defence, Emery is still searching for the best combination in Arsenal’s midfield, with Matteo Guendouzi showing plenty of promise and Aaron Ramsey also excelling prior to his season-ending injury and move to Juventus.

Against Chelsea, the spine of Emery’s midfield came in the form of three players who have been plagued by inconsistency at the Emirates.

Lucas Torreira appeared the ideal signing when he first arrived in England only to fade across the second half of his debut season, while Granit Xhaka is an incredibly polarising figure.

Mesut Ozil remains an enigma, but Emery seemed to make his feelings clear on the Germany international by replacing him with youngster Joe Willock in the second half.

If you're in the UK, it's about to be lunchbreak. Take 30 secs to sign this letter.

Not everyone will agree with every word – that's the nature of collaboration. But this is about bringing fans together. Let's show our strength.#WeCareDoYou

In attack is arguably the one area where Arsenal can point to an improvement in the two teams, thanks to the buddy-cop bromance of the two most expensive players in their history, Alexandre Lacazette and Pierre-Emerick Aubameyang, who between them hit 50 goals in all competitions last season.

At Liverpool 12 years ago, Wenger opted for a front two of Julio Baptista and Emmanuel Adebayor.

Baptista had stunned Anfield earlier in the season with four goals in a 6-3 League Cup win but generally underwhelmed in his season on loan from Real Madrid.

Adebayor was slowly becoming accustomed to English football, and the following season scored 30 goals in all competitions, but you probably shouldn’t mention his name to Arsenal fans.