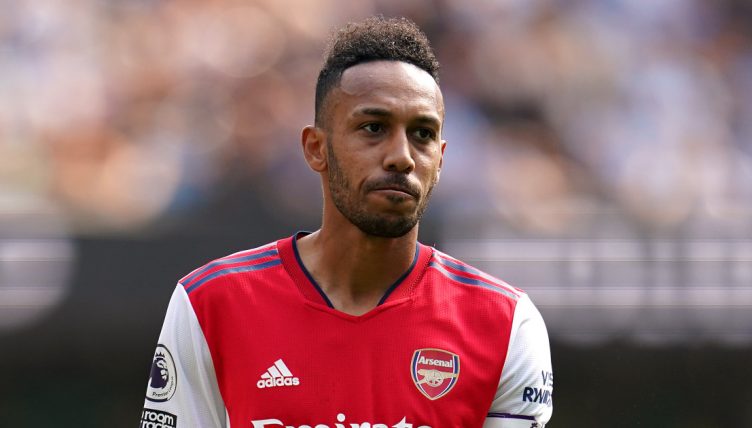 It’s been a sorry few months for Pierre-Emerick Aubameyang’s Arsenal career, and it seems as if it will be coming to a close in the winter transfer window.

He has been heavily linked to a loan move to Barcelona, who are hopeful that Ousmane Dembele will depart the club and open up the room on the wage bill to bring in the former Arsenal captain.

The Gabonese international was stripped of the club captaincy by Mikel Artera late last year, with the managers citing disciplinary issues.

“It is because we believe he has failed to be committed at the level we all expect and agree. It is as simple as that,” Arteta said after the decision was made.

“The decision that we made is really hurting, and it is still like this and it needs a bit of time to heal.”

The forward has not been included in any Arsenal match day squads from early December onwards and it looks increasingly likely he will leave in one manner or another.

Barcelona has emerged as seemingly the inevitable destination and, with Abameyang is now 32, this could be the final major move of his career and gives him a chance to reaffirm himself as one of the world’s most dangerous forwards.

He’s been pictured arriving in the Spanish city and he would be a fine addition to Barcelona’s squad as they compete for the Champions League spaces, chasing leaders Real Madrid along with Atletico Madrid, Real Betis, and Sevilla who are all ahead of the Catalan giants.

So we’ve gone through and looked at the stats to compare Aubemayang’s 2021-22 league stats to Barcelona’s current forwards.

Note: Ferran Torres, Ansu Fati, and Martin Braithwaite all aren’t included due to a lack of appearances and minutes.