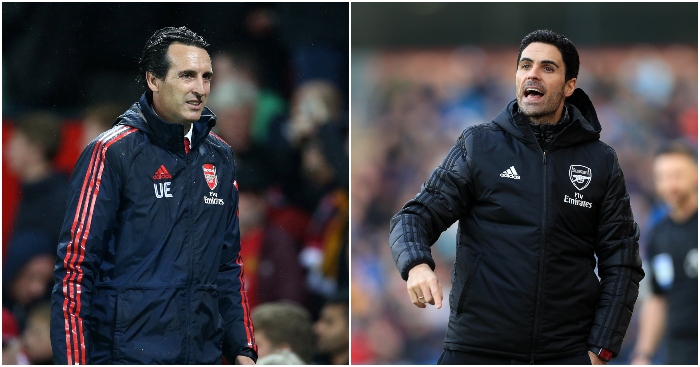 While Arsenal‘s leaky defence has been a problem in recent years, Mikel Arteta has tried to address the issue since replacing Unai Emery in 2019.

Emery was sacked by the Gunners after a poor start to his second season, with their vulnerable defence being one of his biggest problems.

We’ve compared Arsenal’s defensive stats under Arteta and compared it with their record during Emery’s time in north London.

These stats don’t take into account the quality of the opposition or a selection of other factors, but the Gunners’ defensive record has definitely improved under Arteta.

Arsenal concede fewer shots and goals per game since the 38-year-old took charge and they also keep a clean sheet on a more regular basis.