Comparing Arsenal’s PL record with and without Lacazette under Emery 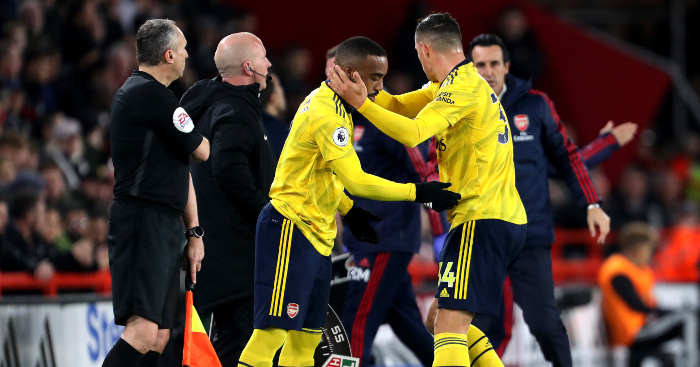 Alexandre Lacazette returned from injury with a cameo off the bench in Arsenal‘s 1-0 defeat to Sheffield United – and Gunners fans will be desperate for Unai Emery to fit the striker into his starting XI.

Lacazette has missed seven games this season due to an ankle injury but played the last 20 minutes at Bramall Lane on Monday night.

We’ve taken a look at Arsenal’s record in the Premier League with and without Lacazette in the starting XI under Emery.

"This team aren't a winning team. If Aubameyang or Lacazette don't score, they lose."

There have been times when Lacazette has missed out due to injury and others when Emery has struggled to fit the striker into the same XI as Pierre-Emerick Aubameyang.

Despite averaging marginally more goals per game when Lacazette doesn’t start, the rest of Arsenal’s metrics in question improve when the Frenchman is in the starting XI.

Arsenal’s win rate is 5.2% better and their loss rate is 12.6% lower with Lacazette in the team, meaning they average more points per game.

It is also interesting to note they concede fewer goals with the former Lyon man leading the line, perhaps suggesting he allows them to play more on the front foot and have a greater control of proceedings.