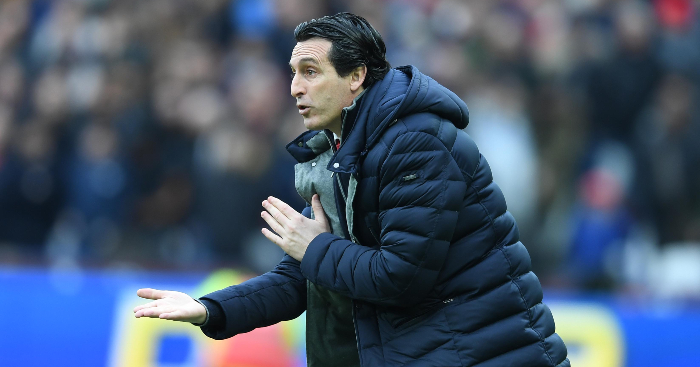 Unai Emery has already experienced several highs and lows at Arsenal – but how does the team’s overall record under the Spaniard compare to this point last season?

Arsenal really looked to have turned a corner during a period in the Autumn, especially in the wake of their convincing 4-2 win over Tottenham, but defeat at Southampton, a 5-1 humbling by Liverpool and the League Cup exit to Spurs brought fans back down to earth.

With 22 games gone in the Premier League, here are the overall differences between this season and last.

Last season, after that unforgettable 3-3 draw with Liverpool just before Christmas, Arsenal dropped from fourth down to sixth – a position they wouldn’t move from again.

After 22 games, the Gunners were five points adrift of Champions League qualification following a 2-2 draw with Chelsea.

This time things aren’t much different, with Emery’s men currently six points adrift of fourth-placed Chelsea ahead of Saturday evening’s clash. A loss in today’s crunch match against Mauricio Sarri’s team could see Arsenal fall away completely, and Unai Emery has stated as much.

Not only that, but they could be leapfrogged by Ole Gunnar Solskjaer’s resurgent Manchester United and see out the season in sixth again. In five league games in charge, the Norwegian has already clawed back what was an eight-point gap when Jose Mourinho was sacked.

Arsenal are two points better off than the same point last season, though, and they will be confident of improving on the second half of last season when they lost seven consecutive away games in the league.

After 22 games last time, Arsenal had scored 40 goals. They’ve improved slightly in that regard, with 46 so far, including 14 for Pierre-Emerick Aubameyang.

Last week’s 1-0 defeat to West Ham is only the second time in the league that they’ve drawn a blank.

Defence should be of concern, though. At the corresponding point last season, Wenger’s side had conceded four fewer goals with 28 in total. Even then, that was the worst record in the top seven and an area that clearly needed improvement.

That’s all despite the arrivals of Sokratis Papastathopoulos, Bernd Leno and Stephan Lichtsteiner, as well as Lucas Torreira who theoretically, as a ball-winner at the base of midfield in the vein of N’Golo Kante, should help minimise opposition goalscoring opportunities.

The Uruguayan has been a revelation but has been unable to make up for the problems behind him.

However, it should also be noted that they were unfortunate to lose Rob Holding to a long-term injury just as the young defender looked to be staking a place in the team, while Laurent Koscielny only returned to first-team action in December.

Arsenal have only kept three clean sheets in the league so far under Unai Emery. Only Fulham have fewer.

The only side that have failed to score against Arsenal over the past 15 league fixtures are bottom-placed, terminally blunt Huddersfield.

Given the scale of Arsenal’s resources, there are few conclusions that can be drawn on their Europa League group stage record. Last season, the first in the competition under Arsene Wenger, they breezed through it with four wins and a draw from six games.

They eventually made it to the semi-finals, where they were knocked out by Atletico Madrid.

As should be the case, its been the same story this time around – although actually a little better with five wins and a draw. Emery has approached the competition in the same manner as his predecessor, using it to bed in youngsters alongside experienced stalwarts.

Once again, though, they could be relying on the competition as a means to salvage the season and qualify for the Champions League.

After winning the FA Cup in three of the prior four years, the Gunners were unceremoniously dumped out by Nottingham Forest in the third round in Wenger’s final match in the competition. This time around, Arsenal ably navigated past Blackpool but face a tricky test against Manchester United in the next round.

Last season Arsenal were outclassed by Manchester City who beat them 3-0 in the Carabao Cup final, whereas this time they exited at the quarter-final stage against Spurs.