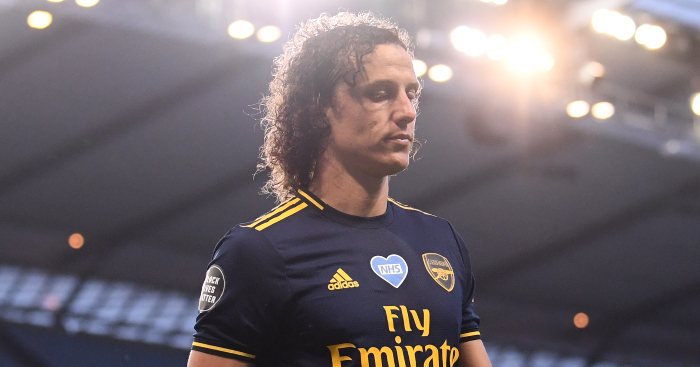 David Luiz may have swapped Chelsea for Arsenal in 2019-20, but he has still remained the same ol’ David Luiz.

With his future in north London under scrutiny, an admirably disastrous cameo at Manchester City threatened to be the last we saw of Luiz in an Arsenal shirt, but the club have instead agreed a one-year extension on his contact.

We’ve compared Arsenal’s record with and without Luiz in the starting XI in 2019-20 to see if they would be better or worse off without him.

It is interesting to note that while Arsenal generally win more often when Luiz is not in the starting XI, they also concede more goals per game. It’s worth checking their line-up the next time you use these football betting offers.

However, in this instance, Luiz somewhat dodged a bullet by missing out on Arsenal’s League Cup trip to Anfield, which was decided on penalties after a 5-5 draw in 90 minutes.

But it should also be pointed out that the games Luiz has not started includes a number of cup or European games against theoretically weaker sides, such as Nottingham Forest, Vitoria and Standard Liege.