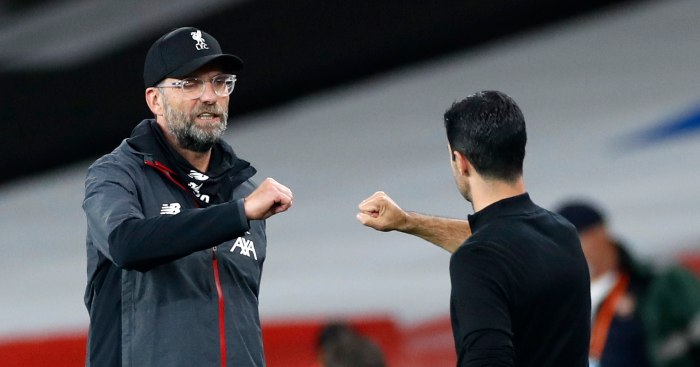 Mikel Arteta may still be getting to grips with Arsenal‘s squad, but their 2-1 victory over Liverpool provided plenty of reasons for optimism.

Indeed, Arsenal’s win over Jurgen Klopp’s side means Arteta has a better record from his first 18 Premier League games as manager than Klopp achieved with Liverpool.

We’ve taken a closer look at the stats to look at where Arteta can be pleased with his work and where he may need to improve.

Klopp on Arteta: "Mikel is part of very exciting new manager generation. Really exciting to watch. You can see the ideas, influenced by Pep. Mikel would have had the same ideas when he was a player. Arsenal are a really exciting squad."

It is also interesting to note that Arteta has registered as many wins against fellow ‘Big Six’ sides as Klopp managed in his first 18 Premier League games with Liverpool, albeit having taken charge in six of these fixtures compared to Klopp’s five (which only makes his overall record more impressive).

Klopp’s Liverpool drew with Tottenham in his first game in charge, followed by impressive victories at Chelsea and Manchester City, before a draw with Arsenal and defeat to Manchester United.

Arteta’s Arsenal managed to turn a lead with seven minutes to go against Chelsea into a defeat, have been outclassed at Manchester City and also slipped to a late defeat to Tottenham in the north London derby. But Arteta has also tasted victory over Manchester United and Liverpool as well as secured a draw at Stamford Bridge while down to 10 men for the majority.

One of the most obvious areas of improvement for Arteta is Arsenal record in away games against such teams: they have failed to win away at a fellow ‘Big Six’ side in their previous 26 fixtures, dating back to January 2015, when Arteta was still a player at the club.