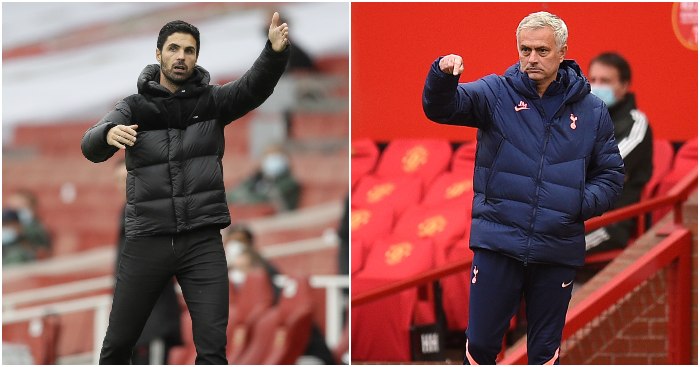 Mourinho has enjoyed a promising first year in north London while Arteta has won the FA Cup and Community Shield, earning plenty of plaudits in the process.

We’ve taken a closer look at their stats in all competitions to see which manager has done the most impressive job so far.

These stats don’t take into account the quality of the opposition or a number of other factors, but Arteta averages more points per game and has a better win rate.

Despite being perceived as a defensive manager, Mourinho’s side actually average more goals per game than Arteta’s side.

But the Spaniard has helped fix Arsenal’s leaky defence and they concede less than a goal a game since he took charge in December 2019.