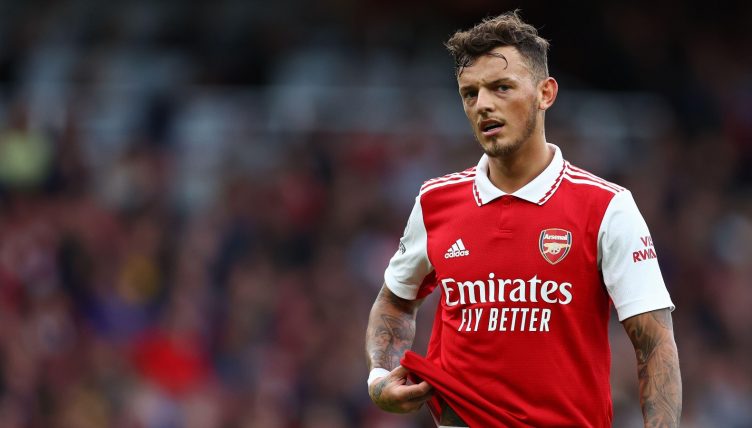 Ben White has enjoyed an excellent start to the season with Arsenal but will it be enough for inclusion in England’s World Cup squad? We’ve compared his 2022-23 stats with the other right-backs at Gareth Southgate’s disposal in an attempt to answer that question…

White, who signed for Arsenal in the summer of 2021, was deployed as a centre-back during his debut season at the Emirates but switched to right-back following the imperious form of William Saliba.

The 25-year-old has started all of Arsenal’s Premier League games on the right side of defence where he has kept out Takehiro Tomiyasu and helped Mikel Arteta’s side stay at the top of the table.

His dazzling displays have led to calls for him to be recalled by Southgate for the World Cup finals in Qatar this month, where he could play at right-back.

Speaking to talkSPORT on behalf of Mr Gamble, former Arsenal striker Kevin Campbell said: “I would think that a versatile player like Ben White, who can play as a centre-back in a two or a three and as a right-back, then I think he should be worth his weight in gold.

“That’s when you consider the injuries that have come up within that England squad. Ultimately, it’s down to the manager and if Gareth Southgate doesn’t fancy him, then I don’t see Ben White going to the World Cup.

“It’s all got to come down to the manager, if the manager fancies Ben White, then he’s playing at a very high level right now. He’s also playing for the league leaders which should be enough in my opinion.

“The manager should know what Ben White can and can’t do, so the only reason that he doesn’t go to Qatar is if he doesn’t fancy him as far as I’m concerned.”

With Reece James on the sidelines and Trent Alexander-Arnold enduring an indifferent season, there’s every chance White could be called upon by Southgate but how would he fare at the finals?

We’ve crunched the numbers and compared White’s Premier League stats with England’s four main right-backs to ascertain whether he’d be suitable for inclusion in the World Cup squad.

What a free Kick that was. 🔥🔥🔥pic.twitter.com/iyfFMIjeZh

🗣 "At the moment I don't think he's potentially going to go."

Matthew Upson believes Trent Alexander-Arnold may not get selected for the World Cup 😳 pic.twitter.com/GY7wg2vGBV

Ben White has been one of the best players this season. Making the Right Back position his own. His on the ball attributes enables Arsenal to get out of tight positions and spring an dangerous attack pic.twitter.com/z8bFkM8JEa